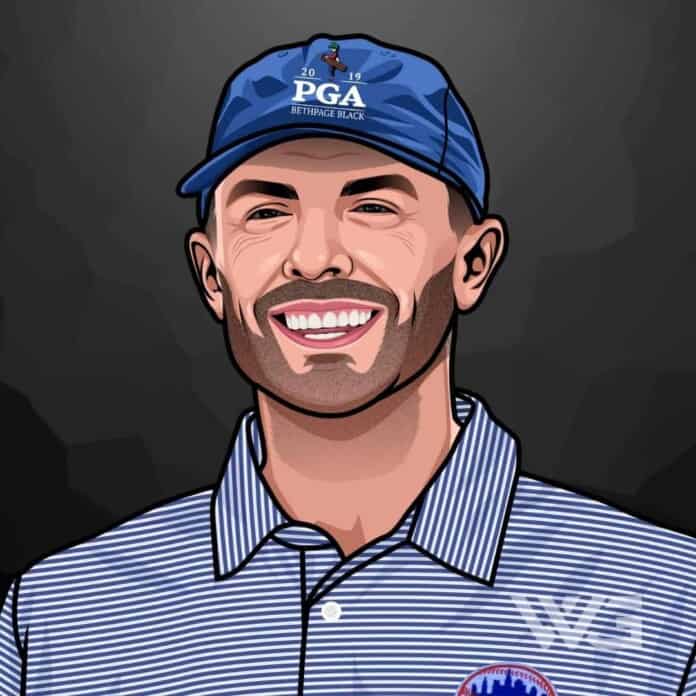 What is David Wright’s net worth?

In 2001, he was drafted by the Mets and made his debut in 2004 at Shea Stadium. He has been nicknamed “Captain America” after his performance in the 2013 World Baseball Classic.

Wright is a seven-time All-Star and a two-time Gold Glove Award winner.

David Allen Wright was born on the 20th of December, 1982, in Norfolk, Virginia.

He is the oldest of four sons of Rhon and Elisa Wright. He grew up being a Mets fan due to his proximity to the Class AAA Norfolk Tides.

Wright took hitting lessons alongside Michael Cuddyer in elementary school and played on teams with Ryan Zimmerman, Mark Reynolds, B.J. Upton, and Justin Upton during high school. He played baseball at Hickory High School in Chesapeake. He had a 538 batting average as a high school senior.

Wright planned to attend Georgia Tech but was drafted in 2001 by the New York Mets. He played for three years in the minor leagues, playing for the St. Lucie Mets, Binghamton Mets, and Norfolk Tides.

In 2004, Wright made his major league debut as a starting third baseman. Wright is a seven-time All-Star and has won two Gold Glove Awards, as well as two Silver Sluggers.

Wright holds franchise records for the Mets in most career RBS, total bases walk, runs scored, sacrifice flies, extra-base hits, hits, strikeouts, and times on base. In 2007, he received about $20 million from Vitamin Water.

In 2013, Wright was named as the captain of the New York Mets. He has played third base for the United States in the 2009 and 2012 World Baseball Classics. He earned the nickname “Captain America” and a hit grand slam against Italy.

Wright has earned $161 million in MLB salary alone. That’s enough to make him one of the 25 highest-earning baseball players in MLB history.

How Does David Wright Spend His Money?

Here are some of the best highlights of David Wright’s career:

“Obviously, it hurts us not having our big guys in there. Hopefully, we get them back soon. But we have a lot of confidence in the guys we’re throwing out there. If we hit, we’re going to win. We’re not going to win too many games getting three hits and one run.” – David Wright

“I bet you anything we’re back around that 21,000 figure this year. Our numbers will be where they’ve always been except for last year. Last year was nothing but the weather.” – David Wright

“He is about as intelligent a hitter as you can get. It’s amazing how quickly he makes adjustments. You see him get fooled on a pitch, he steps out, you can see him clear his mind, and you can see him make that adjustment. That’s what makes him better than a majority of the guys in the big leagues.” – David Wright

“He’s got that goofy smile, and the kids love him with the big head, … He reminds me of Ramon Castro. He’s very friendly, outgoing. Mr. Met just symbolizes mascots, in general, the quirky nature, the way he carries himself. It’s fun to look up in the stands sometimes and see what kind of shenanigans he’s up to.” – David Wright

“He was one of the guys who showed me the ropes and he was very supportive. He was very caring the time he was here. And it’s going to be fun to compete against him.” – David Wright

Now that you know all about David Wright’s net worth and how he achieved success; let’s take a look at some of the lessons we can learn from him:

1. Tomorrow Is a New Day

Whether you have a great game or a terrible game, tomorrow’s another day, and you’ve got to come out here and compete.

Take positives out of negatives all the time. Once you replace negative thoughts with positive ones, you’ll start having positive results.

Wright always looking to improve. And every year, he wants to do better than the year before.

How much is David Wright worth?

David Wright’s net worth is estimated to be $75 Million.

How old is David Wright?

How tall is David Wright?

He retired as the team’s 4th captain.

What do you think about David Wright’s net worth? Leave a comment below.