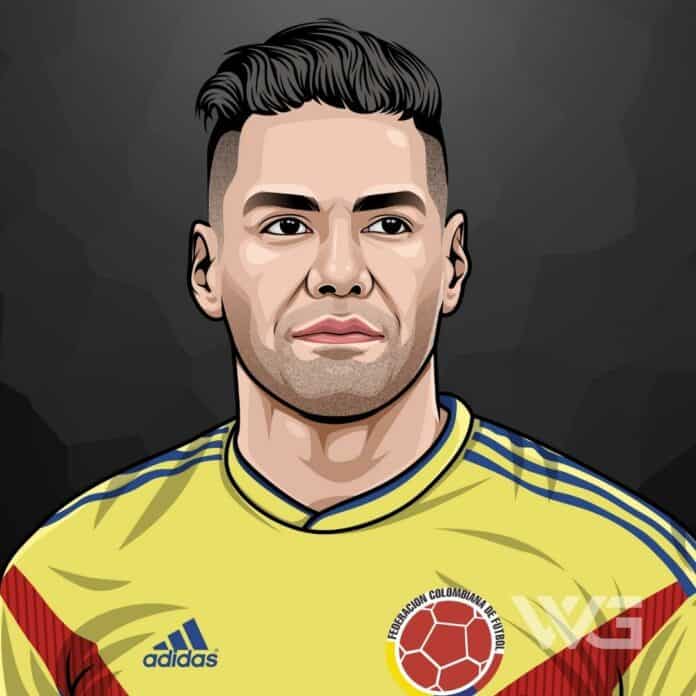 What is Radamel Falcao’s net worth?

Radamel Falcao is a Colombian professional soccer player who has played for many major clubs worldwide and is considered among the best players in the world.

Winner of the Europe League title and other accolades, he’s broken many records throughout his career, commanding huge transfer fees, and annual salaries.

As of November 2022, Radamel Falcao’s net worth is estimated to be $70 Million.

Radamel Falcao García Zárate was born 10 February, 1986, in Santa Marta, Colombia, to his mother and professional footballer father, Radamel Garcia, and was raised with his two sisters.

He was named after Paulo Roberto Falcao, who played for the Brazil national team, although Falcao prefers to go by his middle name when conducting interviews.

Falcao began playing football from an early age, and in 1999, when he was 13 years old, he made his debut for the Colombian team, Lanceros Boyaca, becoming the youngest debutant at that level.

Falcao’s early career saw him playing for several Latin American teams, including River Plate and Porto, before being signed to Atletico Madrid in 2011.

This marked the beginning of his experiences with some of the richest soccer teams in the world, with Falcao loaned to Manchester United and Chelsea over the following years.

During his time with Manchester United, he helped the team win several matches, providing an assist for Wayne Rooney to defeat Newcastle United.

While playing for Atletico Madrid, Falcao became the third-highest La Liga goalscorer on two occasions, surpassed only by Lionel Messi and Cristiano Ronaldo, two of the greatest players of all time.

In 2013, Falcao was signed to Monaco in a deal that netted the player an annual salary of around $14 million, with the overall deal thought to be worth $60 million.

On the international stage, Falcao represented the Colombian national team at Copa America and was the team’s top goalscorer for the 2014 FIFA World Cup qualification.

Radamel Falcao’s career has seen his overall earnings increase over time, notably with his move to Monaco in 2013.

One of the best soccer players of all time, he’s been able to command huge transfer fees and salaries both in La Liga and the UK’s Premier League.

With Falcao remaining active in the sport, his career earnings will likely remain high for the foreseeable future.

With his high career earnings and extensive assets, Radamel Falcao’s net worth has significantly increased since his career began.

A highly successful period with Atletico Madrid and stints with Manchester United and Chelsea have further boosted his wealth and profile.

These successes have made Falcao one of the richest soccer players in the world, with his income through playing soccer and endorsements likely to see additional growth in his wealth.

In 2007, Radamel Falcao married the Argentine singer and model Lorelei Tarón, after meeting her in a church at the age of 18.

The couple have four children together, with the family holding Polish passports because of Lorelei’s Polish ancestry.

Falcao has a strong social media presence, with over 15 million followers on his official Instagram account, where he shares photos from his football matches.

Radamel Falcao has not only achieved an income comparable to the richest athletes in the world but he’s also picked up many awards and accolades for his skill.

These awards and honors have been given for his individual playing ability and involvement with championship-winning teams.

Here are some examples of the awards and accolades from Radamel Falcao’s career:

With his career far from over, more awards, accolades, and honors will likely come as he continues to excel on the pitch.

How Does Radamel Falcao Spend His Money?

Radamel Falcao shares details of his lifestyle and activities on his social media pages that reflect his income and net worth.

He’s been seen wearing some of the most expensive watches in the world, including a Hublot Classic Fusion Crown Aero Falcao.

Falcao’s collection of cars includes some of the most expensive cars in the world, with a Bentley Continental GT and Ferrari 458 in his garage.

With an impressive career spanning many years, including playing for some of the top teams in the world, Falcao has experiences many successes.

He’s broken several footballing records over the years, notably for his play with the UEFA Europa League.

Here are some of the best highlights of Radamel Falcao’s career:

We can expect more outstanding highlights and successes to come as Falcao’s career continues to evolve.

Radamel Falcao has discussed many topics during interviews throughout his career, from his passion for soccer and desire to play in the Premier League.

He’s also shared insights into his technical prowess and his pitch techniques to score goals.

Here are our favorite quotes from Radamel Falcao:

Now that you know all about Radamel Falcao’s net worth, let’s see what life lessons and practical advice we can take from his personal and professional experiences.

Here are some of the best success lessons to learn from Radamel Falcao:

1. Dedicate Time To Work With Charities

In 2013, he convinced Hublot to give $100,000 to help disadvantaged people in Colombia receive help through a United Nations program.

2. Hold Your Faith Close To Your Heart

A devout Christian, Falcao remains committed to his faith and attends church regularly, believing in the importance of honoring your faith at all times.

3. Following In Your Father’s Footsteps Can Lead To Great Things

While some people grow up and prefer to get out of the shadow cast by their elders, Falcao embraced his father’s passion for sport.

His father’s guidance and coaching helped him become one of the greatest athletes of all time.

That wraps up this guide to the life and experiences of professional footballer Radamel Falcao, and how he has accumulated his impressive net worth.

Falcao remains active as a soccer player, with more successes and championship victories likely to come as his career continues.

We’ll update this article in the future to bring you the latest details on his activities, as well as how he spends his impressive income.

As of November 2022, Radamel Falcao’s net worth is estimated to be $70 Million.

What do you think about Radamel Falcao’s net worth? Leave a comment below.