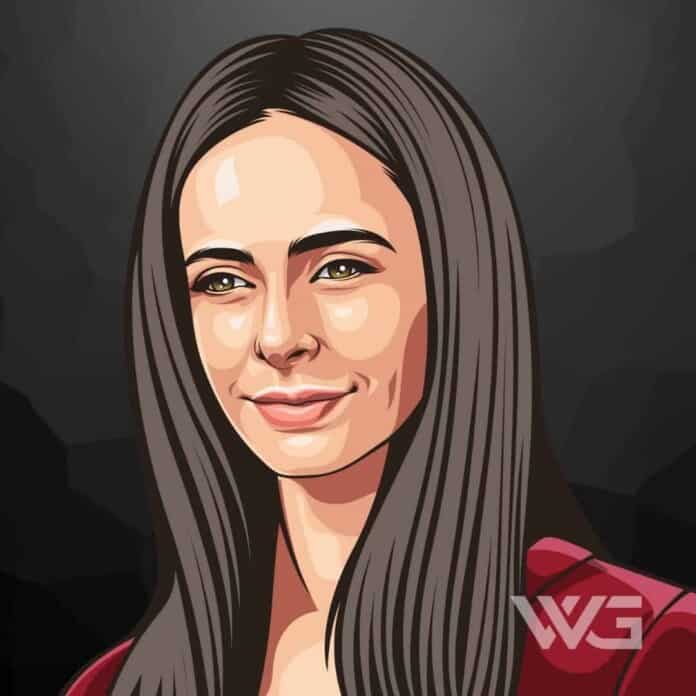 What is Krysten Ritter’s net worth?

As of February 2023, Krysten Ritter’s net worth is estimated to be roughly $8 Million.

Krysten Ritter is an American actress, musician, and model from Pennsylvania. She is known for starring as the superhero Jessica Jones on the Netflix drama series ‘Jessica Jones’ and the miniseries ‘The Defenders’.

Kyrsten Alyce Ritter was born on the 16th of December, 1981, in Pennsylvania. Krysten grew up on a beef farm near Shickshinny.

After her parents separated, her father moved to Benton and she lived with her mother, stepfather, sister and a pet dog named Mikey.

Ritter’s career began when The Wilhelmina Model’s agency assigned her to an audition for a ‘Dr. Pepper’ television commercial. At the audition, she was peppy and could naturally project her skills in acting.

The following year she landed a role in the TV series ‘One Life to Live’ where she played a recurring character ‘Kay’ over four episodes.

In 2008 she landed herself a meatier role in Anne Fletcher’s comedy film ’27 Dresses’ as Gina, the Goth. She also guests starred in ‘What happens in Vegas’ and ‘The Last International Playboy’ the same year.

The following year, she played the main cast and best friend of the lead character in the rom-com ‘Confessions of a Shopaholic’. She guest-starred in the TV series ‘Gossip Girl’ in the episode ‘Valley Girls’.

In 2014, she signed many roles in movies and hardly took up many projects on television.

Here are some of the best highlights of Krysten Ritter’s career:

“I’m currently single, so I want to have fun! As for what guys need to do to date out of their league, it’s all about the swagger. If you have confidence, you can get pretty much any girl.” – Krysten Ritter

“I’m having a great time. I get to travel and see the world. And yeah, I’ll have a family, because I don’t want to miss out on that amazing experience, but it’s not defining who I am.” – Krysten Ritter

“I’ve always lived out of a suitcase. I was in a new city every three months. When I was a model, I traveled the world, and as an actor, you’re traveling from a movie set to the movie set. So I’ve never been in one place long enough for anything super-bad to happen” – Krysten Ritter

“I started studying acting, got commercials, and here we are 100 years later. I’m acting and writing and I have a pool and a dog.” – Krysten Ritter

“I don’t normally do shoots in bikinis – I’m just not that kind of girl. But for ‘Maxim’ I was like, ‘Bring it on!’ I wanted to wear higher heels and the skimpier bathing suit. I figured I’d go for it!” – Krysten Ritter

3 Lessons from Krysten Ritter and from Netflix Jessica Jones

Now that you know all about Krysten Ritter’s net worth, and how she achieved success; let’s take a look at some of the lessons we can learn from her:

1. Make It R Rated, But Not Totally Over the Top

While Punisher and Daredevil felt gratuitously violent at times, Jessica Jones felt like the right amount of realistic violence. Of course, Scarlet Witch wouldn’t be punching someone’s face in — but maybe Winter Soldier would Jessica Jones used violence at the right moments, to maximum effect.

Jessica and Trish’s friendship, not unlike Carol and Maria’s in Captain Marvel, is one key to what made the show so great. Trish was peppy, rich, and famous — all things Jessica was not. One of the things that made Seasons 2 and 3 not-so-great was that their bond was strained and their friendship repeatedly fractured.

3. Include Other Super-powered Folks

Luke Cage’s introduction was in Jessica Jones Season 1, and it helped make fans love him before his show had even started.

He and Jessica were very clearly a great couple — thanks in large part to the fantastic chemistry between Colter and Ritter — and hurt the later seasons that he wasn’t included, save for a tiny cameo.

Having such a big name character like Luke Cage be an important part of the ensemble really upped the comic book quality of the show.

After all, this is a freakin’ comic book universe! Give us big time super-powered villains that pose a threat and not just humans with weapons or super suits.

How much is Krysten Ritter worth?

Krysten Ritter’s net worth is estimated to be $8 Million.

How old is Krysten Ritter?

How tall is Krysten Ritter?

Krysten Ritter is an established American actress and musician. Popularly known as Marvel’s ‘Jessica Jones’ on Netflix and Jane Margolis in AMC’s ‘Breaking Bad’, she has experienced the best of both worlds – television and Hollywood. Krysten has been nominated for several awards and even bagged a trophy for ‘Best Actress’ in 2016.

What do you think about Krysten Ritter’s net worth? Leave a comment below.

Known for directing The Fifth Element, Luc Besson is a French director, screenwriter, and producer who has earned millions as a visionary behind the camera.