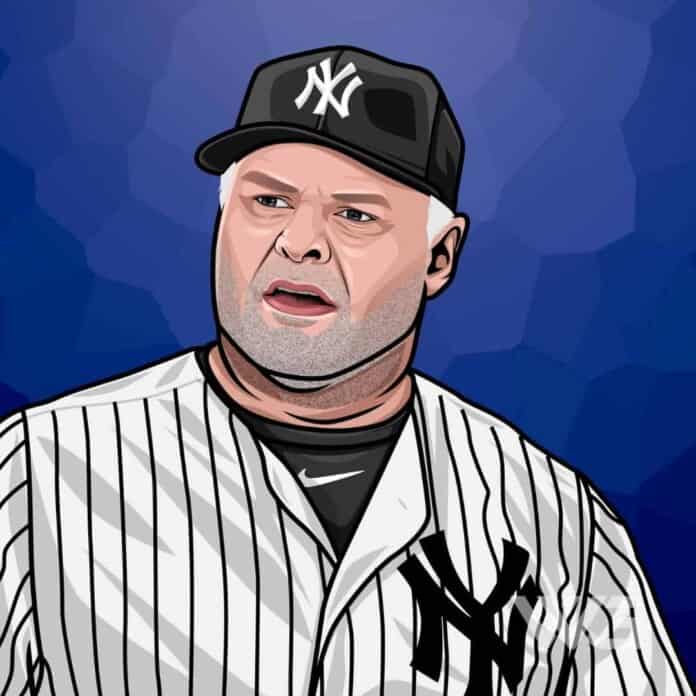 What is Jason Giambi’s net worth?

He was the American League MVP in 2000 while with the Athletics. He is a five-time All-Star, and he led the AL in walks four times; in on-base percentage three times.

As of December 2022, Jason Giambi’s net worth is estimated to be roughly $35 Million.

Jason Gilbert Giambi was born on the 8th of January, 1971, in Covina, California.

Giambi attended South Hills High School in his native West Covina, where he was a three-sport standout.

Giambi was on the baseball team. He batted .386 during his three years of varsity baseball, leading his team to the state finals as a senior.

He was picked by the Oakland Athletics selected in the second round of the 1992 Major League Baseball Draft. At that time, he took part in the US national baseball team at the 1992 Olympics in Barcelona.

Before Giambi made it into MLB, he also played one season for the Alaska Goldpanners of Fairbanks, Alaska, in the Alaska Baseball League.

In 1995, Giambi’s MLB career started, and he played for the Oakland Athletics, New York Yankees, and Colorado Rockies. While with the Athletics.

In his professional career, he was a five-time all-star who led the American League in walks four times. In on base percentage three times, and in doubles and in slugging percentage once each.

Giambi won the Silver Slugger award twice. His career was a bit stained as it revealed that he took performance-enhancing drugs. He received a special honor from Men’s Fitness when he was named one of the Top 10 Most Superstitious Athletes.

As of December 2022, Jason Giambi’s net worth is estimated to be roughly $35 Million.

How Does Jason Giambi Spend His Money?

Here are some of the best highlights of Jason Giambi’s career:

“We should have apologized back then and made sure we had a rule in place and gone forward. Steroids and all of that was a part of history. But it was a topic that everybody wanted to avoid. Nobody wanted to talk about it.” – Jason Giambi

“Unfortunately, the rumors are going to be a part of it. But that’s OK. I’m probably tested more than anybody else. I’m not hiding anything. That stuff didn’t help me hit home runs. I don’t care what people say, nothing is going to give you that gift of hitting a baseball.” – Jason Giambi

“We have to go play what seems like the World Champions in Tampa. Have to win every day, and we’re going to play the team that’s actually given us the most problems. We have to play good baseball.” – Jason Giambi

“I feel great. I’m ready to go. Last year, before the season started, I missed a couple of months just trying to get healthy, so it’s been exciting to start from Day 1 as I’ve normally done, training and working out.” – Jason Giambi

“When they first got down there, they were trying to speed him along. I talked to him and he said they had some good workouts . . . I don’t care how much you train or whatever you do, you can’t simulate being on the field and playing baseball.” – Jason Giambi

“No, I mean business is business, and I’ve never been upset about that. It was a lot of money at that time for the ownership of a small market team. It was six years at $90-91 million or something like that. Unfortunately, it just fell through. At the same time, Billy and I have always remained close friends.” – Jason Giambi

Now that you know all about Jason Giambi’s net worth and how he achieved success; let’s take a look at some of the lessons we can learn from him:

This game, it seems when you play it the best, is when you’re not really thinking a lot and just reacting and keeping it at its simplest point – just see it and hit it.

You have to take responsibility for yourself in this game and lead yourself through it.

You get to the plate and nothing is going through your mind. You see the ball, you see the seams.

How much is Jason Giambi worth?

Jason Giambi’s net worth is estimated to be $35 Million.

How old is Jason Giambi?

How tall is Jason Giambi?

Jason Giambi is an American professional baseball player who is a five-time MLB All-Star.

He was born in West Covina, California. He played as first baseman and designated hitter for the Cleveland Indians of Major League Baseball.

Giambi was one of the most gifted players on the baseball team, along with three other future Major Leaguers and teammates: infielder Shawn Wooten, pitchers Aaron Small, and Cory Lidle.

As of December 2022, Jason Giambi’s net worth is estimated to be roughly $35 Million

What do you think about Jason Giambi’s net worth? Leave a comment below.