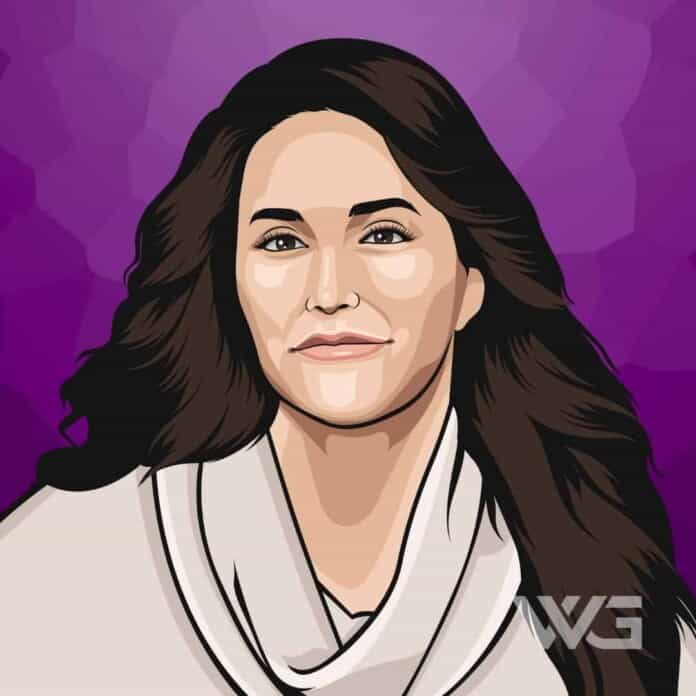 What is Caitlyn Jenner’s net worth?

As of February 2023, Caitlyn Jenner’s net worth is estimated to be roughly $100 Million.

After the career as a famous Olympic star, she changed her career into television, film, and writing. Currently, she is known for her coming out an announcement as a transgender woman.

Caitlyn Marie Jenner born William Bruce Jenner was born in Mount Kisco, New York on the 28th of October, 1949. She has two sisters Pam and Lisa. Her father was an arborist, and in 1976 her brother Burt was killed in a car accident in Canton, Connecticut.

After Jenner’s success of being an Olympic star, she got diagnosed with dyslexia. Kendall Jenner and Kylie Jenner are two of her kids that she had with her earlier wife, Kris Jenner, and they also star in the reality show Keeping up with the Kardashians.

When she went through her junior and senior year she attended Newtown High School. She was a successful football player in her senior year but had to quit because she got a knee injury. After the injury, she was introduced to the decathlon.

In Iowa 1970, she had her debut with the decathlon, where she placed 5th.

Jenner was the American champion in decathlon 1974 and was featured in the magazine Track & Field News the same year. When she was on tour in 1975 she won the French national championship and also got a gold medal in Pan American Games.

Jenner appeared on the sports magazine Sports Illustrated 1976, and also on the cover of Playgirl Magazine. During these years she was known for a very successful decathlon champion.

Jenner starred in a comedy Can’t Stop The Music (1980), which received a lot of critics, and resulted in her being nominated in the Golden Rasberry Awards for Worst Actor.

Her career as an actress became more successful when she starred in Grambling’s White Tiger (1981) and An Olympic Love Story (1980).

In August 2015 Jenner won the Social Media Queen at the Teen Choice Awards. She also appeared in Glamour Magazine for being the Woman of the Year, calling her a “Trans Champion”.

She has appeared in several reality shows and game shows, including starring with Grits Gresham in one episode of ABC’s The American Sportsman. Since late 2007 Jenner has starred in E! and also Keeping up with the Kardashians along with her wife Kris Jenner.

In an interview in 2015, Caitlyn came out as a trans woman, saying that she had dealt with gender dysphoria since she was a kid. She crossed dressed for many years. Jenner had cosmetic surgery and sex reassignment over a year ago now.

She is known for being the most famous openly transgender woman in the world, after her coming out in 2015. She is a role model for the LGBT-community.

Here are some of the best highlights of Caitlyn Jenner’s career:

“I’m just going to go live life. I’m going to go enjoy life. I have nothing left to hide. I am kind of a free person, a free soul.” – Caitlyn Jenner

“If you’re going to dedicate every second to winning the decathlon, what are you doing wasting your time in bed?” – Caitlyn Jenner

“We have a rich tradition here in the United States of great decathletes, which is amazing ’cause we have absolutely no program to develop these guys. Zero. There’s nothing. They do it on their own, just like I did back in ’76.” – Caitlyn Jenner

Now that you know all about Caitlyn Jenner’s net worth, and how she achieved success; let’s take a look at some of the lessons we can learn from her:

1. Don’t impose labels on others

We need to listen to people and stop giving them a label. We need to address people the way they ask to be addressed.

Love is unconditional and all people deserve to be loved and respected by their loved ones for who they are, simple.

The trans community has a high level of suicide, homelessness, and murder. Systemic changes must be made, we need to understand and support the trans community. It’s our job to make the world a more accepting place.

How much is Caitlyn Jenner worth?

Caitlyn Jenner’s net worth is estimated to be $100 Million.

How old is Caitlyn Jenner?

How tall is Caitlyn Jenner?

Caitlyn Jenner is one of the most influential figures on several levels.

Jenner was a successful athlete back in the 70’s with a big secret, that has now completely changed her life.

She is and will forever be a role model for the LGBT-community. Caitlyn Jenner’s net worth is estimated to be roughly $100 Million.

What do you think about Caitlyn Jenner’s net worth? Leave a comment below.