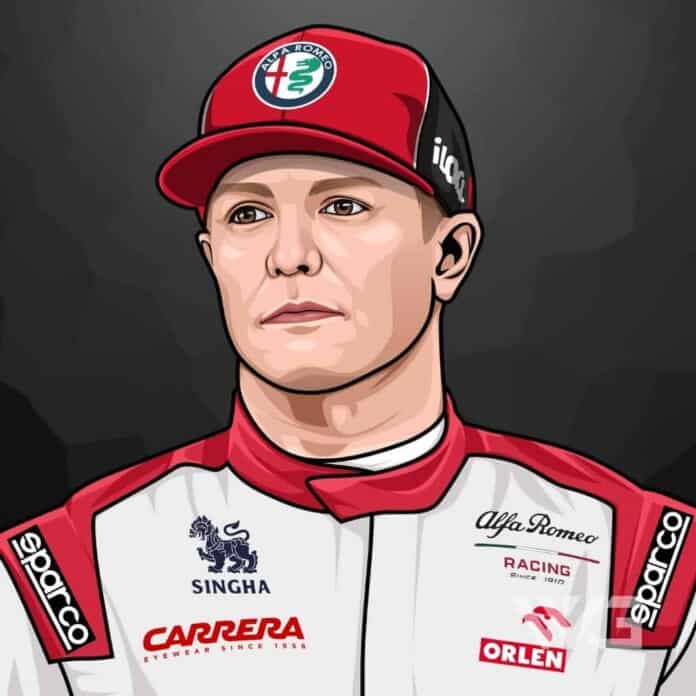 What is Kimi Raikkonen’s net worth?

Kimi Raikkonen is the most successful Finnish racing driver to date, having won an astonishing 21 Grand Prix races.

Raikkonen has been racing since 2001 and, throughout his long career, has built up a substantial net worth that makes him one of the richest drivers in the racing industry.

As of February 2023, Kimi Raikkonen’s net worth is estimated to be $250 Million.

Kimi-Matias Raikkonen was born in Espoo, Finland in 1979.

As a young child, he became successful in karting, participating in his first race outside of Finland when he was 15.

By 1998, Raikkonen was first in the Nordic Championship in Varna, Norway, and at the age of 20, he had won the British Formula Renault winter series in 1999.

Based on his success behind the wheel at such a young age, Peter Sauber allowed Raikkonen to test for the Sauber Formula One team in 2000.

After Raikkonen completed the lap half a second faster than Sauber’s regular driver, Pedro Diniz, Sauber signed Raikkonen without a second thought.

From 2001 to 2009, Raikkonen was a member of the Sauber Formula One racing team, and in his debut year, he achieved four point-scoring finishes and eight finishes in the top eight.

In 2002, Raikkonen scored a third-place podium finish with McLaren at the Australian Grand Prix, and while he struggled with many engine failures the same year, he still managed four podium finishes overall.

Following the Italian Grand Prix in 2006, Ferrari announced that Raikkonen had signed a three-year contract with Scuderia Ferrari, marking his move away from McLaren, and in 2007, Raikkonen took pole position in Australia and became the first driver since Nigel Mansell in 1989 to win his first Grand Prix in a Ferrari.

The rest of the year saw many additional wins from Raikkonen, including one in France and one at Spa-Francorchamps, which was his third overall at that circuit.

In 2010, Raikkonen left Formula One after his contract with Ferrari expired and negotiations with McLaren fell through.

However, Raikkonen returned to Formula One in 2012, signing a two-year contract with Lotus, and at the Abu Dhabi Grand Prix, Raikkonen scored his first win after returning, earning Lotus its first win since 1987.

In 2013, Raikkonen announced he was returning to Ferrari after his contract with Lotus was up, and by 2015, Ferrari had extended his contract into the 2016 season. He would ultimately end up remaining with the company until his official retirement.

From 2016 to 2021, Raikkonen remained one of the highest finishing drivers in Formula One but made the decision to retire at the end of the season, though he didn’t stay away from racing long, making his Cup Series debut with NASCAR at the Go Bowling at The Glen, finishing in 37th place.

Kimi Raikkonen has made a ton of money from his racing career, and his net worth has been built from various sources.

Here is what we know about his earnings:

Kimi Raikkonen’s net worth has earned him a place as one of the world’s highest-paid athletes, and with his entry into NASCAR, it is likely that we will see him earn even more money from his upcoming races.

Kimi Raikkonen married his first wife, former Miss Scandinavia 2001, Jenni Dahlman, in 2002, though the couple separated in 2013 and officially divorced a year later.

Not long after, Raikkonen proposed to fitness model Minna-Mari Virtanen, and the couple had their first child, a son.

In 2016, the couple married, and a year after, Raikkonen became a father for the second time, with Virtanen giving birth to his daughter.

Outside of racing, Raikkonen is a fan of snowboarding and hockey, and he has also competed in snowmobile races and various other motorsports events in Finland under the pseudonym “James Hunt.”

He is active on his official Instagram, often posting about races and events, and while he has an official website, it hasn’t been updated since his departure from Formula One racing.

Kimi Raikkonen has won many awards throughout his career in Formula One.

Here are some highlights from Kimi Raikkonen’s career:

How Does Kimi Raikkonen Spend His Money?

As one of the richest racing drivers in the world, Kimi Raikkonen’s net worth has enabled him and his family to live very comfortably.

Along with having some of the most expensive cars in the world in his collection, Raikkonen lives in a Swiss Villa near Zurich, and the home itself is over 3,000 sqft.

Raikkonen paid over $24 million for his dream home, but it is far from the only property in his name, as the former Formula One driver also owns a penthouse in Helsinki, and homes in Dubai, Phuket, and Porkkala.

As one of the richest athletes in the world, Raikkonen has set a lot of records and achieved a lot of amazing feats during his Formula One racing career.

Here are some of the best highlights of Kimi Raikkonen’s career:

Kimi Raikkonen is a blunt, tell it like it is kind of guy, and we absolutely love it.

Here are our favorite quotes from Kimi Raikkonen:

Now that you know all about Kimi Raikkonen’s net worth, we can look at the lessons he can teach us about reaching our own success in life.

Here are some of the best success lessons to learn from Kimi Raikkonen:

1. Don’t Worry About What Other People Think

If you spend too much time worrying about what other people think about you or your work, you’ll waste time that could be spent focusing on building yourself up.

There will always be haters, and instead of letting them drag you down, do your best to leave them in the dust.

Raikkonen has never cared about what the media thinks of him and has spent his career just being himself.

You are your biggest asset on the road to success, so find your natural strengths and build them up.

Raikkonen had many bad races and off-seasons as a Formula One race driver, but he never let that hold him back and kept on competing.

Everyone falls short sometimes, but the key is to pick yourself up and keep going until you cross that finish line.

Kimi Raikkonen is one of the best Formula One drivers to ever compete, and he is also one of the richest.

While he is no longer competing in Formula One, we may very well see his net worth grow even more as he makes a name for himself in NASCAR.

Be sure to check back often to stay updated!

As of February 2023, Kimi Raikkonen’s net worth is estimated to be $250 Million.

What do you think about Kimi Raikkonen’s net worth? Leave a comment below.