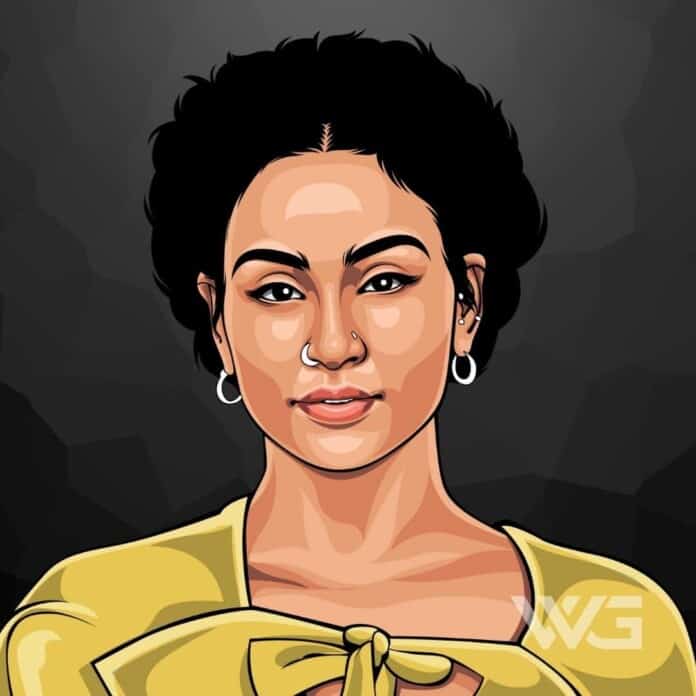 What is Kehlani’s net worth?

Kehlani Ashley Parrish is an American singer, dancer, and songwriter from Oakland.

She earned recognition through her band Poplyfe that finished at fourth place in the sixth season of ‘America’s Got Talent’. Kehlani has not only got considerable popularity, but also immense love and appreciation from people worldwide.

Apart from getting nominated for a Grammy, she has also received nominations for the BET Awards. Popular on social media as well, she holds about 3.8 million fans on Instagram.

Kehlani Ashley Parrish was born on the 24th of April, 1995, in Oakland. She is originally from Oakland, where she achieved initial fame as a member of the teen group Poplyfe.

She released her first commercial mixtape in 2014, and the mixtape was listed as one of the Complex’s “50 Best Albums of 2014”.

Kehlani began her singing career as a member and lead vocalist of the band Poplyfe. After performing from city to city for two years, the band gave the audition for America’s Got Talent and became one of the semi-finalists of the show.

Kehlani later decided to leave the group because of several disputes. Between the years 2012 and 2013, she was homeless and moved from house to house.

The same year, she released her first solo ‘ANTISUMMERLUV’ on SoundCloud which eventually led to the release of her first mixtape ‘Cloud 19’. This mixtape peaked at #28 on Complex’s list of ‘50 Best Albums of 2014’.

Soon after this mixtape, the American singer released the song ’Till the Morning’ that got the title of one of the ‘Emerging Picks of the Week’.

In 2015, she released her second mixtape ‘You Should Be Here’. The mixtape debuted on the US Billboard Top R&B/Hip-Hop Albums chart.

Her career on the rise, she earned several individual plaudits throughout the year 2015. While ‘Rolling Stone’ called her one of the ‘Ten New Artists You Need to Know’, ‘Complex’ named her one of the ‘Fifteen Artists to Watch Out for in 2015’.

Besides this, she was nominated for the 2016 Grammy Award under the category ‘Best Urban Contemporary Album’.

In 2016, Kehlani joined hands with singer-songwriter Zayn and released the track ‘Wrong’ that was taken from the latter’s debut album. After this, she released her track ‘Gangsta’ for the film ‘Suicide Squad’. This ultimately gave the singer some beneficial recognition as the song debuted at #41 on the Hot 100 chart.

Here are some of the best highlights of Kehlani’s career:

“If I was to have a reality show, it wouldn’t be a show based on my personal life. I’d want it to showcase me and my girls on tour, like living life as a young artist, not exposing what goes on in my family situations.” – Kehlani

“I went from broke and homeless sleeping on couches. Couldn’t even figure out what I was doing in Los Angeles. Now, I’m paying my own bills. I’m about to move my mama in with me at 19. I’m on tour now, and this is all off of one mixtape.” – Kehlani

“You start singing by singing what you hear.” – Kehlani

“I was in art school, and we had all these random classes. We’d listen to a lot of Bollywood. I’d listen to Spanish music – and I don’t even speak Spanish, but Hector Lavoe is amazing – we listened to French music like Edith Piaf. She’s tight.” – Kehlani

3 Great Lessons from Kehlani About Life

Now that you know all about Kehlani’s net worth, and how she achieved success; Let’s take a look at some of the greatest lessons we can learn from her:

Sex is biological, but gender is mental.

How much is Kehlani worth?

Kehlani’s net worth is estimated to be $6 Million.

How old is Kehlani?

How tall is Kehlani?

Kehlani is today considered to be one of the sexiest and best female R&B singers alive. She has taken the world by storm, and her music has been listened to all over the world.

As of November 2022, Kehlani’s net worth is approximately $6 Million.

What do you think about Kehlani’s net worth? Leave a comment below.