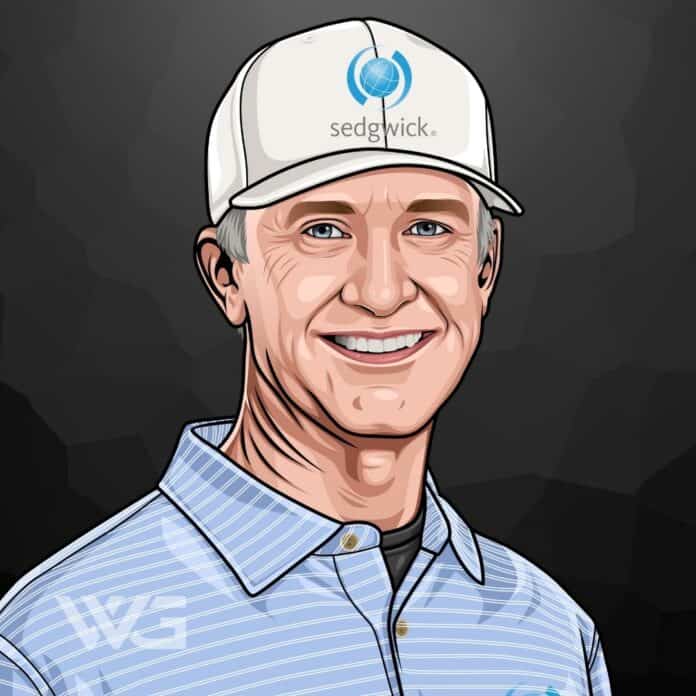 What is David Toms’ net worth?

David Toms is an incredibly talented professional golfer who has amassed a small fortune by winning several notable tournaments.

While he has been golfing for decades, he has shown no signs of retiring, and we expect his wealth to only continue increasing as a result.

The son of Thomas Edward “Buster” Toms, David became interested in golf at a young age, winning the Junior World Golf Championships in 1984.

Toms also played in a little league team, but after graduating from Airline High School and enrolling at Louisiana State University, he joined his college golf team and started making a name for himself on the fairway.

In 1991, Toms earned his first full tour card by finishing T23 at the PGA Tour qualifying school, which allowed him to play during the 1992 season.

At the start of his career, David Toms did well, but he began faltering in 1994, causing him to lose his playing rights for the 1995 season.

During this season away from the PGA, Toms played the entire Nike Tour, winning two tournaments that gained him entry to the next PGA Tour season.

In 1997, Toms won his first PGA Tour event, the Quad City Classic, which he followed with seven top 1o finishes in 1999 and a second Sprint International title.

Toms truly hit his stride in 2001, winning the Compaq Classic of New Orleans by two strokes over Phil Mickelson and the 2001 PGA Championship with the lowest score recorded until 2016.

While an injury forced him to miss most of the 2008 season, he came back stronger in 2009, benefiting from several strong finishes in the Sony Open, St. Jude Classic, and Travelers Championship.

In 2011, Toms won the Crowne Plaza Invitational by one stroke, and the next year he recorded his best-ever performance at the U.S. Open, where he finished T4.

Although Toms is still competing today, he also owns his own golf course design business with his brother and runs the David Toms Foundation, which helps abandoned and abused children.

David Toms is one of the richest golfers in the world, and he’s enjoyed many great paydays throughout his career.

While we can’t cover all his decades of earnings, we do have some info about his most significant gains.

Unlike Phil Mickelson, David Toms isn’t one of the highest paid athletes in the world, but he has still managed to bring home millions in winnings, making him remarkably wealthy in his own right.

David Toms has two children, Anna and Carter Toms, with his wife Sonya, and the family lives in Shreveport, Louisiana.

Despite still competing in tournaments, Toms has embraced a quiet life outside of professional golf, and he enjoys hunting in his spare time.

On his official Twitter account, Toms posts about his upcoming games, but also about his personal interests and pictures of his family.

David Toms has benefited immensely from numerous victories throughout his career.

However, some of his achievements have been more prestigious than others and have helped him set himself apart from other professional golfers.

Here are some of the best wins of David Toms’ career:

David Toms has made a remarkable name for himself with all of his victories, and he is still going strong today.

How Does David Toms Spend His Money?

Despite having a massive net worth, David Toms keeps his spending habits lowkey, leaving fans to wonder how he spends his wealth.

However, we do know that he lives in a fairly large house in Shreveport, Louisiana, and while we don’t know how much he paid for it, we can assume it was at least a couple million.

From what can be seen from the outside, Toms’s home is large, with a massive outdoor patio, private pool, and separate guest house.

While he may also have a room dedicated to the most expensive golf clubs in the world, so far, he hasn’t said one way or another.

David Thomas has reached many milestones throughout his career in the PGA.

Although all of his victories have been significant, some have stood out more than others.

Here are some of the best highlights of David Toms’ career:

David Toms has enjoyed a lot of success over the course of his career, but these highlights have arguably been the most important.

David Toms takes his golf career very seriously, and he’s always working hard to be the best in the PGA.

He has given fans some insight into how he approaches games in a few of the interviews he’s conducted.

Here are our favorite quotes from David Toms:

There is a lot that David Toms can teach us about success.

Now that you know all about David Toms’s net worth, we can take a closer look at what he can teach us about reaching our own goals.

Here are some of the best success lessons to learn from David Toms:

1. Don’t Let Nerves Get The Best Of You

Everyone gets nervous, but if you let your nerves get the best of you, you’ll only hold yourself back.

Although it will take a lot of work, learning to work through your bouts of nervousness can be vital for reaching your full potential.

Even if you’ve reached your loftiest goals, you shouldn’t stop working hard.

Instead, you should always be pushing yourself higher and higher by setting new goals that are even greater.

If you never take chances, you’ll miss out on some incredible opportunities.

Now, this doesn’t mean you should be overly risky, but you should always be on the lookout for ways to get ahead, even if they involve a small amount of risk with the potential for a greater payoff.

David Toms is a PGA Tour champion who has made millions on the fairway.

Despite not being the richest golfer on the green, Toms is still working hard and growing his fortune every year.

Be sure to check back often as David Toms continues earning millions each year and growing his net worth.

What do you think about David Toms’s net worth? Leave a comment below.