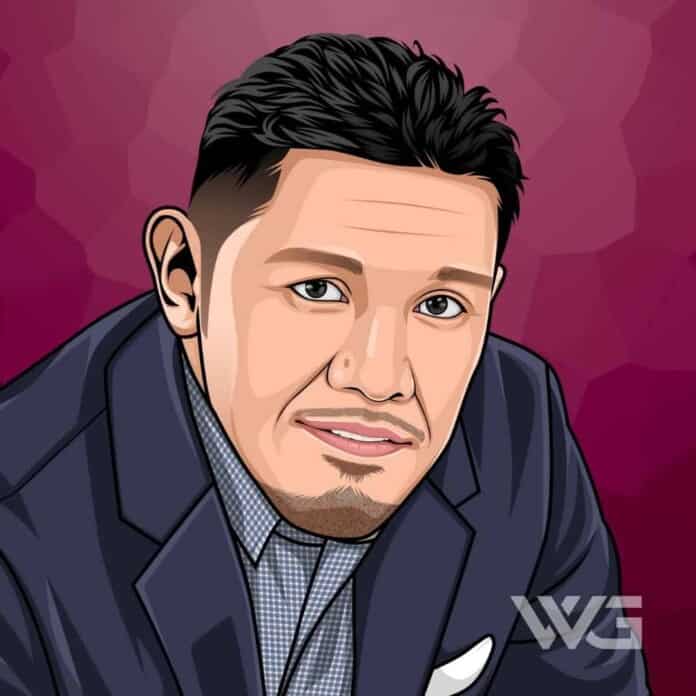 What is David Diaz’s net worth?

Diaz has won 36 of his forty career fights to date.

He is also a former world champion and a three-time Golden Gloves National light-welterweight champion. He made his debut as a professional boxer in 1996, winning about against opponent Marcos Antonio Rodriguez.

Diaz has been notable for fighting in the lightweight division. With a strong amateur background that included incredible 175 fights, he debuted as a pro in November 1996 winning a bout against opponent Marcos Antonio Rodriguez.

Diaz gained an undefeated record of 26-0 before losing to Kendall Holt by TKO in the 8th round. He defeated José Armando Santa Cruz for the interim title in 2006.

The following year, he was awarded the title when Joel Casamayor, the champion, was stripped of the title for signing to fight a rematch against WBO champion Acelino Freitas rather than defend against him.

He won over Mexican legend Erik Morales in 2007 by a controversial unanimous decision to defend his title. The next year,  Diaz lost his title to Manny Pacquiao in Las Vegas via 9th-round TKO earning Pacquiao his fifth world championship in five different weight divisions.

After a fight against Jesus Chavez in 2009, he won the fight by majority decision. In 2010, Diaz challenged Humberto Soto for his old WBC lightweight title, which had recently been vacated by Edwin Valero, on the undercard of Pacquiao’s fight with Joshua Clottey.

Here are some of the best highlights of David Diaz’s career:

“That was a great moment in my life. All my family and friends were there for that fight. The funny thing was when I got the call for that fight, I was in Florida, having a real good time. I got the call and I had to stop the drinking and the partying. But I had two months’ notice for the fight which was okay for me. In that fight, I felt I was winning comfortably.” – David Diaz

“Honestly, going into that fight, I thought – as all fighters should think when entering any fight – that I would definitely win. I thought to myself, ‘this kid is coming up to 135. No way can he beat me.’ It was just another fight to me at the time, there was actually no great magnitude to it.” – David Diaz

“If you look back at those early rounds you will hear me say that the punches are not hurting me, that it is just the speed and accumulation of punches. I honestly was not hurt. But I made the dumb mistake of going to his body and lowering my, hands, and he caught me and I went to sleep.” – David Diaz

“But it wasn’t his power that made him such a great fighter – and after beating me, he went on to dominate the sport for a few years – it was his speed. I’d fought fast guys before, like Zab Judah, but I’d never seen anything like Pacquiao before. I’d block one shot and he’d hit me with another one as I was trying to parry still another one!” – David Diaz

“I’d say, Pacquiao, largely because of all the weight divisions he won world titles in. And the quality of fighters he defeated was very high. Morales was great too of course.” – David Diaz

Now that you know all about David Diaz’s net worth and how he achieved success; let’s take a look at some of the lessons we can learn from him:

Set a goal that makes you want to jump out of bed in the morning.

Always wake up with a smile, knowing that today you will be a step closer to your dreams.

3. Our Time Here Is Short

Days are expensive. When you spend a day you have one less day to spend. So make sure you spend each one wisely.

How much is David Diaz worth?

David Diaz’s net worth is estimated to be $15 Million.

How old is David Diaz?

How tall is David Diaz?

David Diaz is a retired American boxer. Diaz has enjoyed a successful boxing career. He was a world champion once and a three-time Golden Gloves National light-welterweight champion.

Today, he is now considered to be one of the few lightweight boxers to have fought with such sound names in the sport as Humberto Soto, Robert Frankel, Erik Morales, Jesus Chavez, and of course, Manny Pacquiao.

What do you think about David Diaz’s net worth? Leave a comment below.