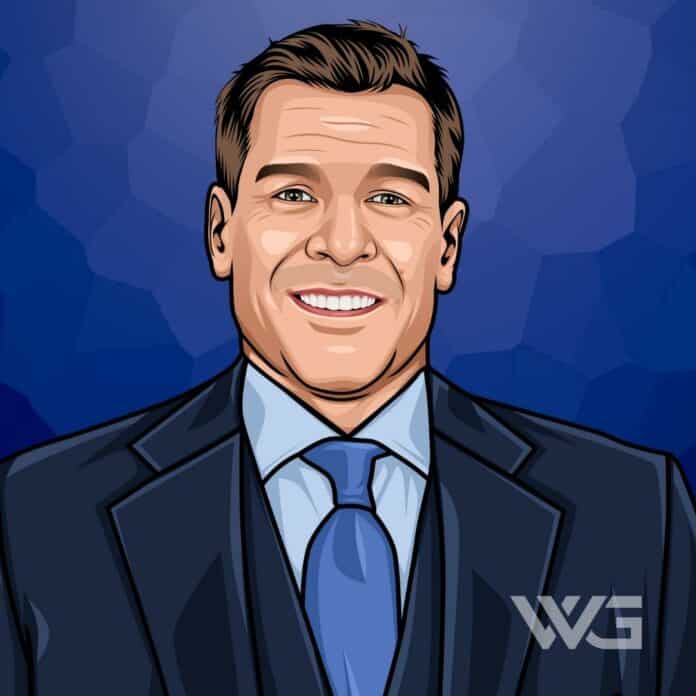 What is Doug Weight’s net worth?

Doug Weight is a retired American professional hockey player who has since transitioned into coaching.

Despite no longer being an active player, Weight has left a lasting legacy in the NHL, and he isn’t quite done yet.

Douglas Daniel Weight was born January 21, 1971, in Warren, Michigan, but has since kept his childhood a secret from fans and the media.

It is known that he played in the 1983 Quebec International Pee-Wee Hockey Tournament and later graduated from Notre Dame High School in Harper Woods, Michigan.

After high school, he was drafted by the Bloomington Jets and played in the North American Junior Hockey League for two years.

In the 1990 NHL draft, Weight was chosen by the New York Rangers as the 34th overall pick, and he played his first full season with the team in 1992.

After his first season, Weight was traded to the Edmonton Oilers, and his reputation as a playmaker grew as he led them to five playoffs.

Weight would play for the Oilers for eight and a half seasons before being traded to the St. Louis Blues who he played with for three seasons.

The Blues would ultimately trade him to the Carolina Hurricanes, where he helped the team reach the 2006 Stanley Cup and beat his former team, the Edmonton Oilers.

Following this huge victory, Weight returned as a free agent to the St. Louis Blues, and in 2007, he played his 1,000th game with them against the Oilers.

Weight would then be passed to the Anaheim Ducks for one season before moving on to the New York Islanders in 2009.

Later that year, Weight was named captain, succeeding his former Oilers teammate Bill Guerin, but injuries forced him to miss a large part of the season.

During the 2010-2011 season, a lingering back injury forced Weight to retire, though he was taken on as an assistant coach for the Islanders.

Doug Weight was never one of the highest paid athletes in the world, but don’t let that fool you when it comes to how much money he’s earned.

Weight has earned some impressive paydays during his career, and we have the details on some of his largest gains.

With this income, Weight has easily become more wealthy than fellow hockey player Stan Mikita, though he still falls just short of being one of the richest in the NHL.

Doug Weight doesn’t share much about his personal life with his fans, but we know he is married to Allison Weight, who is known for pulling her own weight in the NHL.

Reportedly Doug and Allison have been together for around two decades, but outside of a few public appearances, their personal details remain a mystery.

Likewise, Doug Weight doesn’t have public social media accounts and appears to value his time away from the spotlight.

We will be sure to keep you updated if any new information about Weight surfaces!

Doug Weight has earned many honors and achievements during his 19-year career in the NHL.

Although all of his achievements are noteworthy, some have been more prestigious than others.

Here are some of Doug Weight’s most significant career achievements:

He may not have received as many awards as Wayne Gretzky, but Doug Weight has achieved many significant honors throughout his lengthy career.

How Does Doug Weight Spend His Money?

Doug Weight is a very private person, and he doesn’t share much about his personal life, investments, or purchases.

However, we do know that in 2010, Weight purchased a home in Locust Valley, New York, valued at $1.8 million.

From what can be gathered from the outside, this home is large, boasting a pool and tennis court in the backyard.

There is also a separate guest house situated only a few steps away from the main home.

It has also been reported that Weight owns a home in Creve Coeur, Missouri, but no detailed information about this home has been released.

While Doug Weight’s career has been remarkably successful, he has reached some important milestones that warrant mentioning.

These high points are the most significant for their impact on his career and overall net worth.

Here are some of the best highlights of Doug Weight’s career:

These have been the most important moments that have helped define Doug Weight’s impressive career in the NHL.

Doug Weight doesn’t make excuses, and he certainly isn’t someone prone to giving up at the first sign of resistance.

While he hasn’t given many interviews, in the few he has done, he has given fans great insight into how he approaches success on the ice.

Here are our favorite quotes from Doug Weight:

There are many great lessons we can learn from Dough Weight and his remarkable career in the NHL.

Now that you know all about Doug Weight’s net worth, we can take a look at what he can teach us about reaching our own personal goals.

Here are some of the best success lessons to learn from Doug Weight:

Excuses are like potato chips. You start with one, and before you know it, you’ve eaten the whole bag.

Once you’ve made one excuse, it’s easy to keep making them until you’ve fallen behind on your goals because excuses keep getting in the way.

If you want to be successful, you need to know your value.

Underselling yourself will only hold you back, and you definitely won’t set yourself apart if you’re downplaying your worth and abilities.

3. Don’t Give Up When Things Get Tough

Becoming and staying successful is an uphill race with a giant boulder; the second you falter, the further you slide.

While the struggle may not seem worth it while you’re at the bottom, if you give up too soon, you’ll never see how far you could have gone.

Doug Weight has enjoyed a long and successful NHL career that has earned him a net worth in the millions.

Despite being retired as a player, Weight is continuing to grow his fortune as a professional coach.

Make sure to check back frequently to stay updated on any and all changes affecting Doug Weight’s net worth.

What do you think about Doug Weight’s net worth? Leave a comment below.