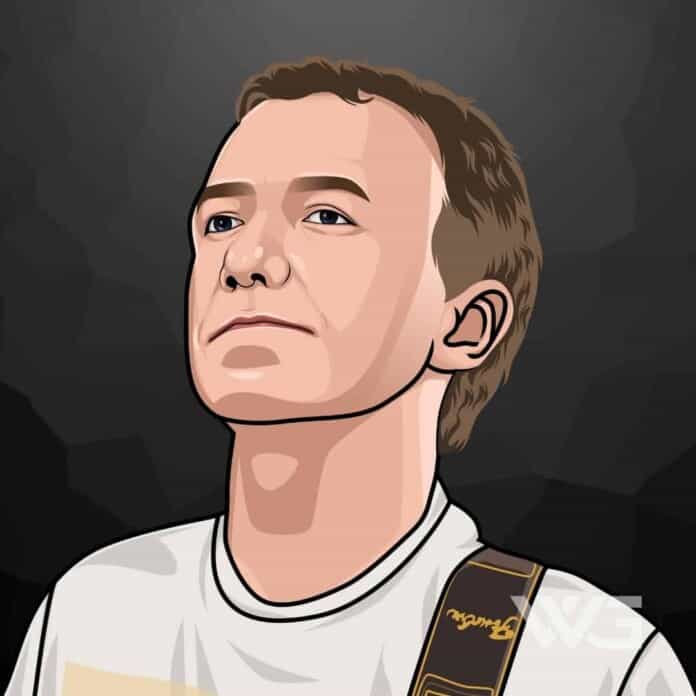 What is John Deacon’s net worth?

Deacon is best known for being the bass guitarist for the rock band Queen. He composed several songs for the group – including Top 10 hits ‘You’re My Best Friend’, ‘Another One Bites the Dust’, and ‘I Want to Break Free’.

In 1971, he joined Queen 1971 on the strength of his musical and electronic skills.

John Richard Deacon was born on the 19th of August, 1951, in London Road, Leicester.

Deacon is the son of Arthur Henry and Lilian Mollie Deacon. His father worked at the Norwich Union insurance company and in 1960 the family moved to the dormitory town of Oadby.

In 1970, the band was formed in London. He was the last to join Queen and also the youngest member of the band, being only 19 years old. The three other original members were Freddie Mercury, Brian May, and Roger Taylor.

Deacon also wrote a number of Queen’s hit singles, including ‘You’re My Best Friend’, ‘Spread Your Wings’, ‘Back Chat’, ‘I Want to Break Free’ as well as the band’s biggest-selling single in the US, ‘Another One Bites the Dust’.

What’s more, he occasionally provided backing vocals during live shows. The work with the band was initially influenced by progressive rock, hard rock, and heavy metal, after which they gradually ventured into more conventional and radio-friendly works.

The Mercury effect continued one year later with The Freddie Mercury Tribute Concert. Deacon performed just two more times with the remaining members of Queen, in a charity concert in 1993 and a one-off rendition of “The Show Must Go On” in 1997.

Deacon did re-appear only briefly by joining his ex-bandmates in October 1997 for the recording of the final Queen song ‘No-One but You (Only the Good Die Young)’, included in the Queen Rocks album released a month later.

How Does John Deacon Spend His Money?

John Deacon spends some of his money on real estate.

Here are some of the best highlights of John Deacon’s career:

“I mean the only thing that is hopefully good about us is after the arguments we can actually still face each other the next day or the day after and talk about something else and sort of get over it.” – John Deacon

“There was always a lot of American music in England until, obviously when the Beatles came around, then there was a shift towards English music, but before then American music was the main thing.” – John Deacon

“Then we did what we called basically I suppose a club tour in England, which was the time I think that our second album came out, we club toured around the whole country where the venues were held to five hundred upwards to that sort of thing you know.” – John Deacon

“I didn’t actually realize what apartheid meant. I’m probably a bit naive, but I thought it was more of a vague segregation, like on the beaches and buses.” – John Deacon

“In a way, it costs thousands of dollars before you could actually go out to put the show on because you’ll need equipment, all the lights you know, and that’s more just going out and playing you know.” – John Deacon

Now that you know all about John Deacon’s net worth and how he achieved success; let’s take a look at some of the lessons we can learn from him:

Arguments are healthy. They clear the air.

When you start out without a record nobody knows you, but if you have a record it’s a lot easier.

Always be yourself, and trust your guts.

How much is John Deacon worth?

John Deacon’s net worth is estimated to be $170 Million.

How old is John Deacon?

How tall is John Deacon?

John Deacon is a retired English musician. Deacon is a multi-instrumentalist who is most widely recognized as the bass player for the British band, Queen.

He also played keyboards and sang backing vocals on some tracks and wrote some of the band’s greatest hits.

What do you think about John Deacon’s net worth? Leave a comment below.