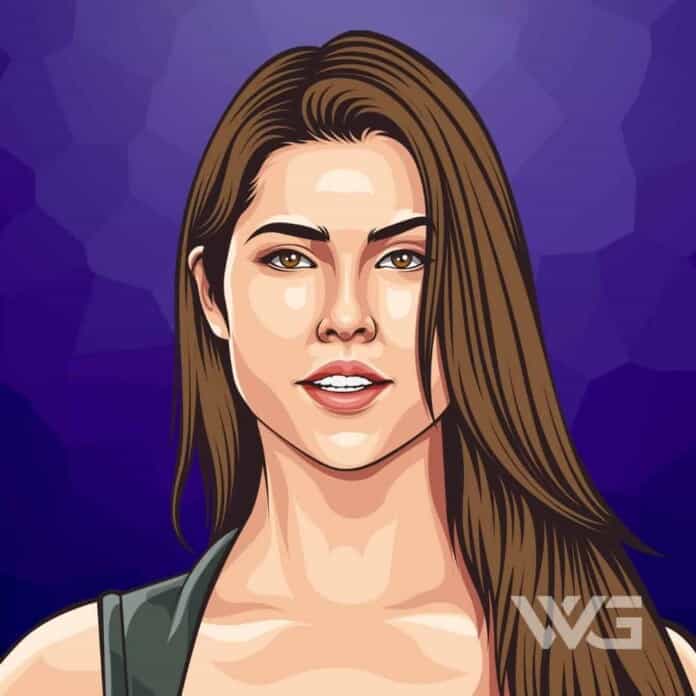 What is Amanda Cerny’s net worth?

As of November 2022, Amanda Cerny’s net worth is estimated to be roughly $8 Million.

Amanda Cerny is an American model and actress from Florida.

Cerny is best known for starring in TV Shows like ‘The Deleted’, ‘Dead House’ and ‘Shane & Friends’ to name a few. Apart from TV shows, she is also a part of a handful of movies like 211 with one of the biggest Hollywood stars, ‘Nicolas Cage’.

Amanda Cerny was born on the 26th of June, 1991, in Pittsburgh. Cerny was raised in Florida and later moved to Los Angeles, California.

She has a sister named Samantha and her half brother is Instagram star, Nick Bateman. She has been in a relationship with Johannes Bartl since 2017.

After she received high grades in her high school, Cerny joined Florida State University to study International Affairs. Later, Amanda became interested in working for Playboy after she saw the picture of Miss October 2008.

After her graduation from her high school and the start of her University, Cerny started sending photos to the editorial team at Playboy.

During her junior year at University, Cerny was invited from the Mansion to come and visit and performed a test shoot. This led her to be chosen as Miss October 2011, and she got dropped out of university and moved to LA.

Amanda came into limelight in the Vine Community along with her best friend and fellow social media stars Lele Pons. One of her most popular videos is ‘5 Rules Eating Banana.’

Cerny also appears in movies and TV series. In 2013, she made a guest appearance in a TV series ‘Hello Ladies’. In 2016, she appeared in several episodes of a TV show, Adam Devine’s House Party. She then featured in 2016’s TV series The Deleted.

In 2018, she featured in an action-drama film ‘211’ alongside Nicolas Cage, Sophie Skelton, Michael Rainey Jr., and other stars.

As of November 2022, Amanda Cerny’s net worth is roughly $8 Million.

Here are some of the best highlights of Amanda Cerny’s career:

“I wanted to be in the CIA. (Laughs.) My mom has done Taekwondo her whole life. and has had some special jobs, so I was like, “That’s the coolest thing ever! I want to be like my mom.” That was my goal, but then I got some opportunities out in LA so I decided to stay in the entertainment space.” – Amanda Cerny

“So, it was so random. I was at Florida State and the opportunity I got was to test to be a Playboy centerfold. I was like, “This is so cool. Drew Barrymore was in Playboy. Some of the biggest people were in the magazine, so that’s really cool.” – Amanda Cerny

“Yeah, you never hear anything about them. I think that’s why he (Hugh Hefner) was in business for so long. Because he treated people right. But like you said, Hollywood loves stereotyping people and putting them in a box, so they were like, “You’re a Playmate. That’s what you are.” – Amanda Cerny

“For me, it was acting because I didn’t know social media was a thing then. I was like, “It’s a great platform, a case study, to say people like my content. So it could be a good case study when I go to the agents.” – Amanda Cerny

“You have to stick with what you enjoy and what you’re good at. So me doing beauty vlogs all the time, I would feel fake doing it because that’s not me. With comedy, I was always surrounded by comedians and joking around.” – Amanda Cerny

Now that you know all about Amanda Cerny’s net worth, and how she achieved success; let’s take a look at some of the lessons we can learn from her:

1. Finding Your Passion is Important

Passion is not preexisting, which means you can cultivate a passion as long as you find something that aligns with your principles and desires.

“We all want to be loved, it’s a mammalian instinct – but you can’t value every relationship the same, and thus you can’t expect everyone to love you the same. You don’t feel them breathing down your neck. In fact, the more you ignore them and just go about your business, the better off you are.”

How much is Amanda Cerny worth?

Amanda Cerny’s net worth is estimated to be $8 Million.

How old is Amanda Cerny?

How tall is Amanda Cerny?

Amanda Cerny is an actress, and a YouTuber, who is famous for her vines and comedy sketches on her YouTube channel.

With her unique and comic videos, she has around 2.6 million subscribers on her YouTube channel. Recently, Amanda got featured in the official video of Cardi B, “I Like It” along with J Balvin and Bad Bunny on 12th June 2018.

As of November 2022, Amanda Cerny’s net worth is roughly $8 Million.

What do you think about Amanda Cerny’s net worth? Leave a comment below.