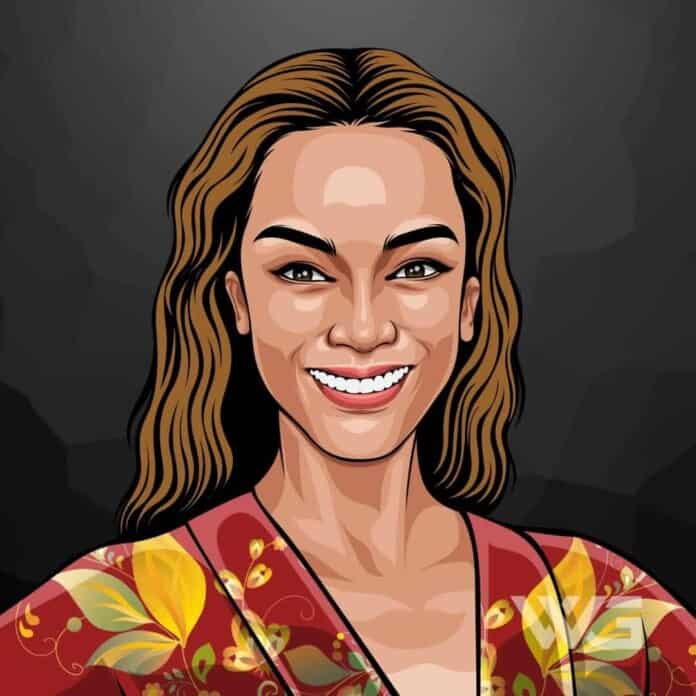 What is Tyra Banks’ net worth?

Banks began her career as a model at the age of 15 and was the first woman of African-American descent to be featured on the covers of GQ and the Sports Illustrated Swimsuit Issue.

Tyra Lynne Banks was born on the 4th of December, 1973, in Inglewood, California. Banks is the daughter of Carolyn London and Donald Banks. Her mother was a medical photographer, while her father worked as a computer consultant.

She is the second child of her parents and has a five years older brother, Devin. Around the time she was 11, she faced body-shaming after a sudden growth spurt made her tall and skinny.

Tyra Banks started her modeling career at the age of 15, while she was still in school. After being rejected by four modeling agencies, she was signed to L.A. Models.

In 1990, she bagged a contract with Elite Model Management, following which she was offered the opportunity to model in Europe and subsequently moved to Milan.

Banks debuted on the big screen with the movie ‘Higher Learning’ in 1995. After a few smaller roles in movies like ‘Love Stinks’ and ‘Love & Basketball’, she bagged the major role of Eve in the Disney Channel telefilm ‘Life-Size’ in 2000.

She soon founded her own production company, ‘Bankable Productions’, through which she created and executive produced the reality television series ‘America’s Next Top Model’ in 2003.

In 2005, she created her own talk show, ‘The Tyra Banks Show’, which focused on issues faced by young women. The show, which won two back-to-back Daytime Emmy awards, ran for five seasons.

Here are some of the best highlights of Tyra Banks’ career:

“I don’t like looking at awards every day because I feel like they can make you lazy. So, I give them to my Mom and let her look at it every day. They are symbols of the hard work she put into me. Her sacrifices allowed me and my team to win those awards. But I don’t look at any awards every day.” – Tyra Banks

“I don’t want to have to put on that “thing” – I call it “the thing” when I have to do my hair, put on the lashes, get dressed up. When I go out for potato chips, I just want to go out looking like myself, which means you will see bad pictures of me. There probably are some out there right now, but it’s just part of the life.” – Tyra Banks

“Most of my career is spent in a meeting… dressed sharply, looking really great; negotiating over a table, strategizing or coming up with new marketing plans or new ideas. And that makes me really, really happy.” – Tyra Banks

“It was hard to get guys to notice me, period because I was so skinny and all my friends were curvy. Plus, I used to be very nervous in front of the guys.” – Tyra Banks

“I went from being very popular and the head of the clique in the sixth grade to have, like, kid depression in the seventh grade. Not leaving the house. Not looking people in the eye… My body made me feel bad at everything.” – Tyra Banks

Now that you know all about Tyra Banks’ net worth, and how she achieved success; let’s take a look at some of the lessons we can learn from her:

Even if you’ve never been an avid watcher of America’s Next Top Model, it’s hard to escape the show’s power. It’s had 24 seasons, with Banks hosting all but one of them.

The show’s set-up is simple: A group of aspiring models battles it out to be crowned America’s Next Top Model in a series of photo shoots and fashion challenges, with one contestant eliminated every week.

2. Anything Can Be Made Fashion

Banks is all about knowing your angles, and learning how to work them. Her main thing was making things high fashion – one pose might look ‘hoochy’, but a small adjustment will make it editorial.

3. Fashion is About Facing Your Fears

If you’ve seen ANTM you’ll know the contestants are made to do some pretty extreme things. Whether it’s posing for the camera while on a moving rollercoaster or walking in a giant bubble on water, the show’s producers really came up with some unusual ideas.

Almost every season there was an inevitable photo shoot with a wild animal (like a bird or snake) which a contestant was terrified of, making for a truly victorious storyline when they did manage to successfully pose with a viper around their neck. Always try to face your fears.

How much is Tyra Banks worth?

Tyra Banks’ net worth is estimated to be $90 Million.

How old is Tyra Banks?

How tall is Tyra Banks?

What do you think about Tyra Banks’ net worth? Leave a comment below.

Mike Modano is a former professional ice hockey player who has earned millions as the all-time goal-scoring American in the NHL.