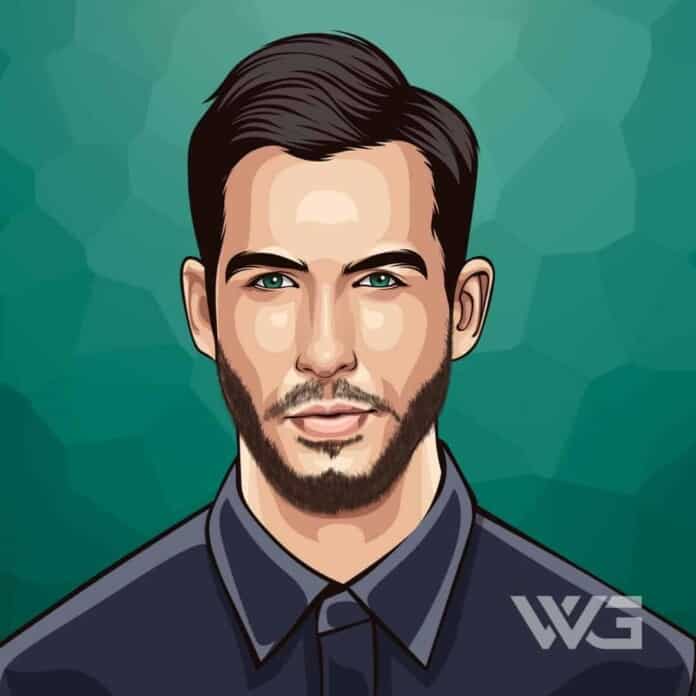 What is Calvin Harris’ net worth?

He rose to international prominence with the release of his third studio album, 19 Months, in 2012. Topping the UK charts, the album became his first to chart on the Billboard 200 chart in the United States, peaking at number 19.

Adam Richard Wiles was born on the 17th of January, 1984, in Dumfries, Scotland.

Wiles is the son to biochemist David Wiles and his wife Pamela as their youngest son among three children. As a teenager, he developed an interest in electronic music and began to record bedroom demos in 1999.

Wiles released two songs through the Prima Facie label in 2002. He developed solo recordings at home and posted them on his ‘Myspace’ page.

Calvin Harris signed a contract with Sony BMG, EMI, and Three Six Zero group in 2006. The same year, she generated a remix of the single ‘Rock Steady’.

In 2007, he released his first studio album ‘I Created Disco’. Harris wrote, produced and performed all its 14 tracks. It debuted at #8 on UK Albums Chart and climbed atop UK Dance Albums. British Phonographic Industry (BPI) gave it gold certification on May 23, 2008.

In 2011, Harris released the single ‘Feel So Close’ which was the second single of his third album, ’18 Months’.The song not only marked his return to singing but also his debut solo effort to make it to the US Billboard Hot 100 climbing at #12 apart from debuting at #2 on the UK Singles Chart.

The song ’We Found Love’ became his first effort to reach atop the US chart. It later positioned itself as number 24 on the chart of all-time top hundred songs of Billboard Hot 100. It received gold and platinum certifications including 9× Platinum from the United States and 2× Platinum from United Kingdom (BPI).

He has also worked on tracks for advertising campaigns for the likes of ‘Coca-Cola’ and ‘Kia Motors’ and featured for brands like ‘Pepsi’ and ‘Emporio Armani’. Over the years Harris performed in different charity events.

Harris has collaborated with artists such as Sam Smith, Rihanna, Pharrell Williams, and Ellie Goulding.

Here are some of the best highlights of Calvin Harris career:

“I’m not angry, I’m not an angry person, but I do sometimes like playing with the perception of anger, as in pretending that I’m angrier than I actually am, and sometimes it works quite well.” – Calvin Harris

“I try and sit on the fence because as soon as you voice any kind of opinion, people begin to think you’re an idiot.” – Calvin Harris

“To throw a shoe at a man in Dundee is the equivalent of a kiss on the cheek and an embrace in London. Dundee is a very different place; they have their own rules.” – Calvin Harris

“There’s only so much you can do with a male voice in dance music.” – Calvin Harris

“I have legendary massive breakfasts at hotels. I don’t hold back. I’ll get there at 7 A.M. and I’ll be the last out at 11 A.M., having gone up and down the buffet seven times.” – Calvin Harris

Now that you know all about Calvin Harris’ net worth, and how he achieved success; Let’s take a look at some of the most motivational lessons we can learn from Calvin Harris:

Sometimes, it’s better to stop thinking and trust your instincts. That’s what Calvin used to do when he first started making music, but as time goes on, you can sometimes over-intellectualize things.

When you’re a bit sad, is better to go for a drive in the country, quite fast with the music up.

3. People Can Connect With Music

Even if you have a big tune, live crowds can get sick of it. It’s not just about the song but also the staying power and if people have connected with it in a certain way. Harris knows that the tracks he put more emotion and depth into are the ones that have the staying power in clubs.

How much is Calvin Harris worth?

Calvin Harris’ net worth is estimated to be $300 Million.

How old is Calvin Harris?

How tall is Calvin Harris?

Calvin Harris is one of the most successful musicians in British popular culture.

His third studio album ‘18 Months’ brought him the international spotlight. It not only topped several international charts but also made its way to the US Billboard 200 chart reaching #19.

As of February 2023, Calvin Harris’ net worth is estimated to be roughly $300 Million.

What do you think about Calvin Harris’ net worth? Leave a comment below.