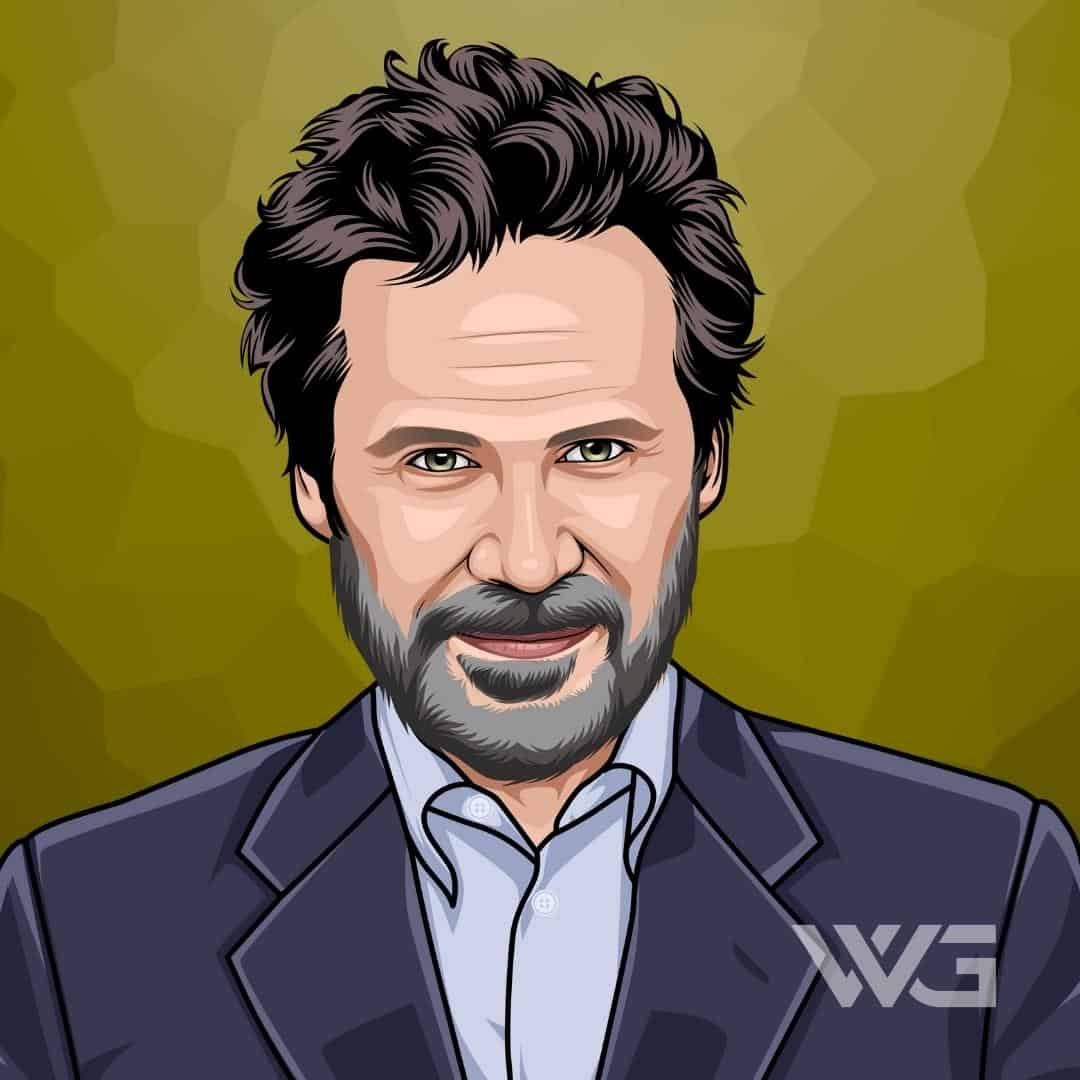 What is Dennis Miller’s net worth?

Dennis Miller is a writer, producer, and American talk show host with a massive following. He is also known for his political and sports commentary, and as a comedian.

He’s hosted a long line of talk shows on CNBC, HBO, and many other channels.

Miller has accomplished a lot on stage, but he’s particularly proud of his listing at number 21 on Comedy Central’s 100 greatest comedians. His main subject matter is political satire with a smattering of pop culture craziness.

Due to his parents being separated, Dennis was brought up by his mother Norma, a dietitian for a Baptist nursing home. Dennis refuses to speak about his father, as he claims that his father moved on when he was still a child.

Dennis had four younger siblings whom he helped look after while his mother was at work. He went to Saint Anne’s, a Catholic elementary school. His first ever inspiration for comedy was when he went to a Pittsburgh club to see a comedian, Kelly Monteith.

He attended Keystone Oaks High School and during this time developed a reputation for his wicked sense of humor.

Unfortunately, due to his lack of self-confidence, he decided to become a sportswriter after he graduated in 1976. Dennis majored in journalism and, during his senior year, started writing for South Hills Record, mixing humor with sports.

After graduation, Dennis found it difficult to find journalism work. So, he worked odd jobs as a janitor, ice cream scooper, and deli clerk.

Dennis’ lightbulb moment occurred while watching Robin Williams perform on HBO in 1979. He made up his mind to become a stand-up comedian.

Starting at the bottom, Dennis would perform regularly at open-mic nights. His big break was submitting a joke to Playboy magazine, which won him a $500 prize.

This got people’s attention, and he started receiving invitations from talent agencies. He even managed to secure a gig at the famous, New York Laff-Off Contest.

A career-defining moment for Dennis occurred in 1985, when he auditioned for a place on the world-renowned Saturday Night Live, winning a place in the cast.

He was recognized for his off-beat humor and snarky delivery, becoming the new Weekend Update anchor. His role involved appearing in many different sketches, primarily doing celebrity impressions.

He started “The Dennis Miller Show”, which went on to run for about seven months in 1992.

Dennis also hosted “Dennis Miller” on CNBC. It did well right up until the US president, George Bush’s approval rating dropped, causing Dennis’ numbers to plummet. His show was eventually canceled in 2005.

Dennis has made appearances on many different shows over the years, including Boston Public, SportsCenter, and The Norm Show. He has also acted in some off-beat films like Madhouse, The Campaign, and Joe Dirt, starring David Spade and Christopher Walken.

After hardly being able to make ends meet, Dennis Miller has become one of the wealthiest comedians in the world. He receives a salary for hosting his shows as well as fees for his live performances, acting, and book deals.

Dennis currently earns a salary of approximately $5.1 million, which is higher than his income in recent years:

After many years of making everyone laugh, Dennis Miller is laughing all the way to the bank.

Through prudent real estate investments, he has managed to increase his already substantial income and will no doubt continue to reap the rewards of his financial acumen.

Here’s a breakdown of Dennis Miller’s annual net worth:

Dennis got married to a former model, Carolyn “Ali” Espley, in 1998. They have two sons named Holdon Miller and Marlon Miller, both named after the protagonist in “Catcher in the Rye”. The family lives in their $16.3 million mansion in Santa Barbara.

Dennis announced that he is a Conservative Republican who is good friends with fellow comedian, Jon Stewart.

Professional comedians find it difficult to achieve huge success, with a few notable exceptions. This is largely due to their particular brand of humor not always going down well with all crowds.

Dennis Miller has managed to upset and annoy everyone equally, while at the same time being extremely funny.

Here are some unforgettable moments from Dennis Miller’s career:

How Does Dennis Miller Spend His Money?

Dennis and his wife bought a 4-acre estate in Montecito (the amount paid is undisclosed) but sold the property for $11.5 million in 2015. He also has a property located across the street from the 4-acre mansion in Montecito.

Knowing him, he probably has a heated garage for some of the most expensive cars in the world hidden underneath the house.

They have also sold another property in Montecito for $49 million, which was bought by Ellen DeGeneres. To add to their properties in Montecito, they acquired a beachfront home for $11.75 million in 2003 but sold it in 2015 for $19 million.

Dennis has several causes that he contributes to, giving donations and making appearances for charities that are close to his heart. These include the US Military Service, USA Cares as well as the Ronald Reagan Presidential Foundation.

Dennis struggled to make a name for himself in the early days. However, he persevered and when his lucky break arrived, he grabbed it with both hands.

Here are some of the best highlights of Dennis Miller’s career:

Following the Russian invasion of Ukraine, Dennis abandoned his show hosted on the RT America cable network, citing concerns for the Ukrainian people. We’re sure that it won’t be long before he’s replaced that show with something the Russians will hate and his local audience will Absolut-ly love.

As with most comedians, beneath Dennis’ jovial exterior, lies a serious, thoughtful individual.

His humor is usually spot on, poking fun at pompous politicians and bringing sports stars down to earth with a bang.

Here are our favorite quotes from Dennis Miller:

Being a public figure has its positive and negative sides. And when you make a living poking fun at celebrities, you can easily get caught up in a destructive spiral that is difficult to get out of.

Dennis Miller seems to have managed to tread a fine line between offending everyone yet still maintaining a self-deprecating persona that is hard to dislike.

Now that you know all about Dennis Miller’s net worth, here are some of the best success lessons to learn from Dennis Miller:

Never doubt your talents stand tall and follow your dreams.

2. Know Who You Are and What You Stand For

Always stay true to yourself and to who you are within.

3. Patience Is The Key To Success

Everyone eventually gets their big break. It depends on how much you want it.

Dennis Miller has abandoned his show on RT America due to the invasion of Ukraine. He is taking a break for a while, but you can still enjoy his films and shows as one of the best comedians of all time.

Dennis worked hard to get to where he is, starting from open-mic nights to hosting several of his own shows.

He stands by his political views and believes that there needs to be a voice for all that is going wrong in our world. He is happy living a quiet life with his family and, for all we know, may soon return to TV. But for now, we can only reminisce over the impact he had on comedy.

What do you think about Dennis Miller’s net worth? Leave a comment below.