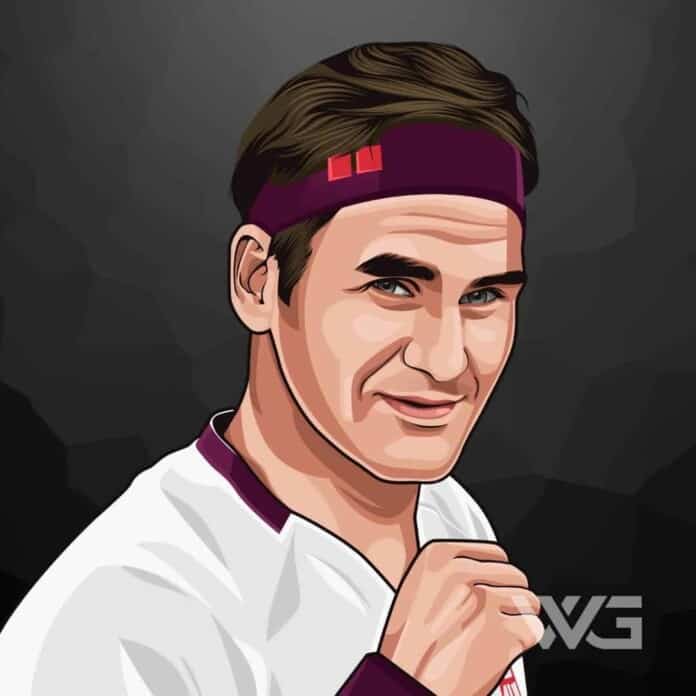 Roger Federer is a Swiss professional tennis player, who is currently ranked world No. 3 in men’s singles tennis by the Association of Tennis Professionals (ATP).

As with many famous sports people, career earnings vary wildly from website to website, with inaccurate figures thrown around and lots of guesswork. Roger Federer net worth estimates are constantly speculated incorrectly, seemingly plucked from thin air based on career earnings through tournament winnings and little else.

At Wealthy Gorrila, we prefer accuracy over guesswork. We have taken a deep dive into various revenue streams based on Roger Federer’s professional tennis career earnings, his line of branded sporting goods, endorsement deals from well-paying brands like Mercedes Benz, Rolex, and Credit Suisse, the Japanese apparel brand Uniqlo, Rolex, and a whole host of other off-court sponsorships and endorsement deals. Mercedes Benz has recently re-signed Federer in a new record brand ambassador deal.

Not to mention the enormous prize money payouts from winning the Wimbledon tournament and other major titles. With an average winner’s payout of close to $2.5 million per tournament and 20 grand slam titles in the bag, his prize money from Grand slams alone is somewhere in the region of $50 million.

As of February 2023, Roger Federer’s net worth is somewhere in the region $550 Million, making him one of the richest tennis players in the world. But how did he amass this fortune? Let’s take a look at his journey and career and see how he managed to stack together such huge wealth.

Who is Roger Federer?

Probably one of the most popular, well-liked athletes not just in tennis but in any sport worldwide, Roger Federer has enjoyed a glittering career in which he has won an incredible 20 major titles – the most in history for a male player.

If that doesn’t strike you as remarkable, consider this: most of the most talented, internationally famous tennis players in the sport have failed to win one major title. This guy has won 20.

Now arguably the wealthiest tennis player ever to grace the sport, Federer is also a dedicated philanthropist, creating the Roger Federer Foundation in 2003, along with numerous charity appearances and events.

Following Roger Federer’s emotional farewell after the Laver Cup 2022, he will now focus on the Roger Federer Foundation and occasional post-retirement exhibition matches. Tennis fans can see this wonderful player grace the court once in a while if his ongoing knee injury allows it.

But who is Roger Federer exactly? Through this post, we will look at Roger Federer’s career earnings, his early life, how Federer earned such a staggering fortune, and his plans for the future.

Roger Federer was born in Basel, Switzerland, on August 8, 1981, to a South African mother, Lynette Du Rand, and a Swiss father, Robert Federer. During a tour of a pharmaceutical company where they both worked, Federer’s parents happened to cross paths, eventually fell in love, and ultimately conceived the greatest tennis player the world has ever seen. Thank god for pharmaceutical company tours!

Tennis and soccer were among the first sports Federer played when he was eight years old, but with a natural flare for tennis, that is what he focused on, and by the age of just 11 years old, he was one of Switzerland’s top three junior tennis players.

He decided to give up other sports at 12 and devote himself solely to tennis. By 14, he was utterly engrossed in the sport, participating in two or three competitions each month, spending six hours a week on practice, plus up to three hours on conditioning. He frequently imitated Stefan Edberg and Boris Becker, two of his sporting heroes, to hone his technique.

Federer spent most of his early life near the French and German border, which made him fluent in German, French, and English.

Roger Federer is considered by all tennis fans one of the top three all-time greats and is mentioned constantly in the ‘GOAT debate,’ along with Rafael Nadal and Novak Djokovic. The ‘big three’ of tennis had a similar career trajectory through the early naughties but it was Roger Federer who demonstrated the earliest promise as a future superstar, eventually cementing himself as the greatest player in tennis history.

After, turning professional, his first match was against Lucas Arnold Ker in Gstaad, Switzerland which he ultimately lost. Though he had already established himself in amateur tennis, replicating the same success professionally required dedication and patience – something young Federer had an abundance of.

Regular and consistent victories began to blossom, and Federer won a host of ATP events before finding early success at the French Open and Wimbledon, reaching the quarter-finals in both tournaments.

In 2002, he leveled up his performance and displayed exceptional skills and talent for the game, getting better with each passing game. He bettered his own record by finishing the year at no.6 in the ATP ranking.

Federer bettered his performance at the 2009 Grand Slams, wherein he reached the final of all four, beating Rafael Nadal and Novak Djokovic along the way, winning the French Open and Wimbledon. He created history by winning his first-ever French Open thus completing a career Grand Slam.

In the 2012 Grand Slams, he won the Wimbledon defeating Andy Murray – possibly helped out by a third-round upset in which Rafael Nadal suffered a shock defeat. He also participated in the various other international games including, Davis Cup representing Switzerland, and the ABN AMRO World Tennis Tournament.

Since those early years of success, Roger Federer has consistently won Grand Slam titles every year until his retirement at age 40 (after suffering a persistent knee injury) and amassed a staggering range of lucrative sponsors, including a yearly $5 million Mercedes Benz deal, amongst others. He has recently insisted that some of his sponsor money (such as a lucrative Credit Suisse deal) go directly to his charity foundation.

Here are some of the best highlights of Roger Federer’s career:

“This year I guess I decided in the bigger matches to take it more to my opponent instead of waiting for a bit more for the mistakes. Yeah, this is I guess how you want to win Wimbledon, is by going after your shots, believing you can do it, and that’s what I was able to do today.” – Roger Federer

“The serve, I was too young and too small and not enough power to have good service when I was young, so my forehand was always my signature shot. So I used to always run around my backhand, you know, use my forehand as much as I could, and so that’s why I think it’s my strength also today.” – Roger Federer

“What I think I’ve been able to do well over the years is play with pain, play with problems, play in all sorts of conditions.” – Roger Federer

“I’ve always been aware that the image you patiently construct for an entire career can be ruined in a minute. It scares you a bit, but that’s the way things are.” – Roger Federer

“I enjoyed the position I was in as a tennis player. And I really like that because I played soccer a lot too, and I couldn’t stand it when I had to blame it on the goalkeeper.” – Roger Federer

Now that you know all about Roger Federer’s net worth, and how he achieved success; let’s take a look at some of the best lessons we can learn from him:

1. Take Care of Yourself

Just like a professional athlete, you too can experience burn out. Whether you are over-stressed at work or just need time to re-evaluate your career, it’s important to take a step back every now and again.

Just like Federer, you may find that after some time off, you’ll feel rejuvenated and ready for a comeback of your own. Or, you might realize that it’s time to start looking for something new.

Just like Federer did with his on-court game, changing your work habits or the way you interact with co-workers can often lead to different results.

Be honest with yourself, and try to identify your strengths and weaknesses on the job. Once you have a sense of how you can improve, come up with a game plan and give it a shot.

3. Have Confidence In Your Abilities

To be successful in your career, and to make difficult career changes, you need to believe in your abilities. Apart from improving your performance on the job, this can also be a powerful tool for your career development.

In fact, according to the Journal of Personality and Social Psychology, those who appeared more confident achieved higher status in social and work environments than their peers.

How much is Roger Federer worth?

Roger Federer’s net worth is estimated to be $550 Million.

How old is Roger Federer?

How tall is Roger Federer?

Federer is known for his prompt speed, fluid play, and exceptional shot-making. He holds a record of being the only player to hold the no. 1 position for 302 weeks overall, out of which 237-weeks were for a stretch from 2004 until 2008

Roger Federer’s net worth is estimated to be $550 Million. He is enjoying retirement in Zurich with his wife Mirka and his four children (including identical twin girls). He enjoys driving his classic Mercedes AMG GT and traveling the world playing exhibition matches in his spare time.

What do you think about Roger Federer’s net worth? Leave a comment below.

Power forward Dorian Finney-Smith has been playing for the Dallas Mavericks since 2016 and, in that time, has earned a remarkable fortune for his talent.

German professional golfer Martin Kaymer has earned a substantial net worth as one of the top competitive golfers in the world.