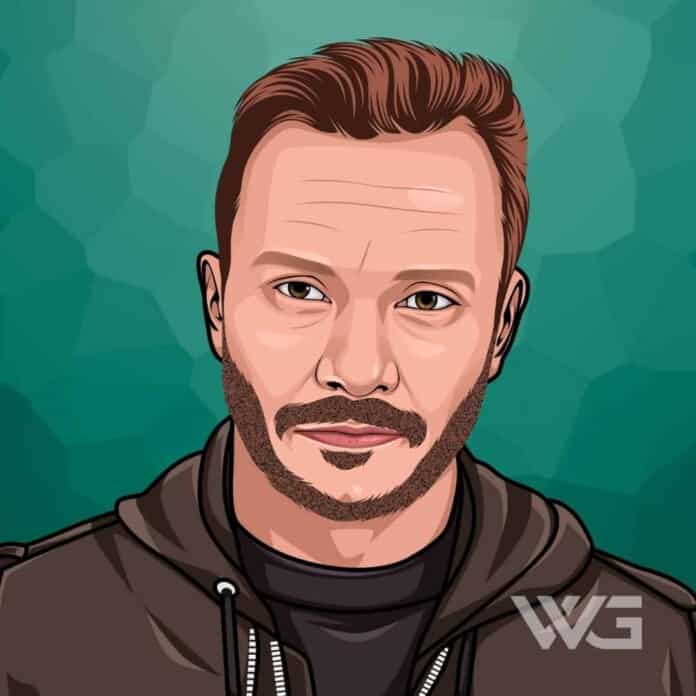 What is Andy C’s net worth?

Andy C is a British DJ and record producer.

He is the co-founder of RAM Records, a pioneering label in the drum and bass genre. He specializes in fast mixing, often employing three turntables, and mixing established classics with cutting-edge releases.

Andrew John Clarke was born on the 7th of April, 1976, in Walsall, England.

Andy C was a DJ in his own right but gained a strong reputation and more bookings off the back of the hugely successful ‘Valley of The Shadows’ track.

In 2001, he worked with Shimon on the single ‘Body Rock,’ which reached number 28 on the UK Singles Chart in January 2002 and became one of the most popular drums and bass songs of the year.

In 2012, Andy C launched a new concept – Andy C Alive, where he uses custom-made software and settings to mix both audio and visuals, creating stunning light and laser shows.

At the heart of the setup are 3 deck mixing desks, audio, and image editing suites, and a setup that allows Andy to custom mix content on the fly. These sets need to be custom-made for each venue. To this date, Andy C has already had bookings at SXSW in Texas, Beyond Wonderland in California, Vooruit in Gent Belgium, and Melkweg in Amsterdam.

His talent as a producer and a DJ has earned him extensive respect from his peers, sites as a musical influence and inspiration by some of the biggest names in drum and bass.

His first single in ten years, ‘Haunting / Workout,’ was released as a promotional double A-side from the Nightlife 6 compilation in 2013. It entered the UK Singles Chart at number 188.

Here are the best highlights of Andy C’s career:

“It’s the energy, the vibe, the positives. It’s just a beautiful thing. There’s a sense of history to the music but also an excitement of how a new tune is going to drop. From a DJing perspective, it’s really satisfying. I get sent new tunes and really look forward to them.” – Andy C

“Things go in peaks and troughs, but I don’t believe we’ve had troughs. It’s always been flying high in my mind. But you know, this year, people want it, man. They need it! Festivals certainly need that energy. At all of the festivals, drum’n’bass has been killing it.” – Andy C

“I’m loving the scene at the moment, I don’t want to single anyone out, but I’m inundated with new music. It isn’t easy to keep up! Festival season presents itself with a dilemma, only having 60-minute sets – 90 if you’re lucky.” – Andy C

“I used to write out and list every record that I own in the books, and update them weekly and then categorize the records and write out dreams of gigs that I wanted to play out. Those dreams and aspirations spurred me on in the early days.” – Andy C

“I played over 1,000 different tunes, which is insane. I still have tunes leftover that I didn’t get to play. What an opportunity it was. It was brilliant. I loved it.” – Andy C

Now that you know all about Andy C’s net worth and how he achieved success; let’s take a look at some of his best lessons that we can learn from him:

1. Success It’s A Process Of Time

Hard work most often leads to success, but it’s not every day, and it’s not every week. It will pay off at different times over the course of your career.

Don’t downgrade your dream just to fit your reality. Upgrade your conviction to match your destiny.

How much is Andy C worth?

Andy C’s net worth is estimated to be $25 Million.

How old is Andy C?

How tall is Andy C?

Andy C is an English DJ and producer who paved the way for the drum and bass genre.

He’s best known for his fast mixing style and the signature move known as ‘The Double Drop.’

In 2010, he was ranked on the 61 st spot in DJ Magazine. The following year, he won the Best DJ title in the Drum and Bass Arena Awards.

What do you think about Andy C’s net worth? Leave a comment below.