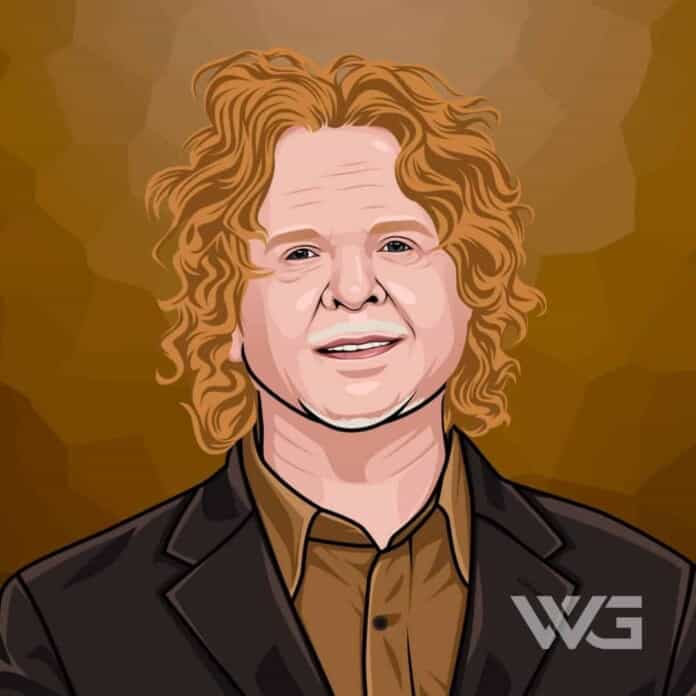 What is Mick Hucknall’s net worth?

Mick Hucknall is an English singer and songwriter.

Hucknall achieved international fame in the 1980s as the lead singer and songwriter of the pop band Simply Red. The band has sold over 50 million albums.

Hucknall was described by Australian music magazine Rhythms as “one of the truly great blue-eyed soul singers.”

Michael James Hucknall was born on the 8th of June, 1960, in Manchester.

Hucknall was an only child. His mother abandoned the family when he was three. He had a happy childhood until the age of 10 when he started to clash with his father.

Hucknall attended Audenshaw School before continuing his education at Tameside College and Manchester Polytechnic’s School of Art, where he was a fine art student: whilst at art school, he lived in Hulme.

Hucknall is best known for being the lead singer and songwriter of the band Simply Red. When he was three, his mother left. This event inspired him to write the hit song ‘Holding Back the Years

In the late 1970s, Hucknall was .’a part of the Frantic Elevators. Hucknall later became the singer of Simply Red. The band lasted 25 years and has sold over 50 million albums.

Of the more than 25 members that played with Simple Red at one point or another, he was the only one to be with the band from 1985 to 2010.

Simple Red released 10 studio albums and won two Brit Awards for Best British Group. Hucknall was also was one of the founders of the reggae record label Blood and Fire, in addition to the label simplered.com. He released a solo album in 2008 titled Tribute to Bobby.

In 2012, Hucknall released the album ‘American Soul’ which reached the 6th spot on the UK charts. He co-wons Ask Property Development. He married Gabriella Wesberry in 2010 and the couple has a daughter.

How Does Mick Hucknall Spend His Money?

Mick Hucknall spends some of his money on charity work.

Hucknall spends some of his money on charity work. He has helped charities such as Amnesty International, Sir Bobby Robson Foundation, SOS Children’s Villages, St Mungo’s, and Teenage Cancer Trust.

Here are some of the best highlights of Mick Hucknall’s career:

“We were never a genre kind of band. Our music never belonged to anyone set like the New Romantics. It’s the gimmicks that make music sound dated, and we were always playing the long game. And playing live music all those years has been the stabiliser, that’s been the glue of the whole thing. The longevity is the thing I’m most proud of.” – Mick Hucknall

“The theme of the new album is family and all that brings. I never had a bit family, so I’ve married into one, and I’ve learned a lot. It was so natural putting that into the music. I hope people can feel the joy behind it.” – Mick Hucknall

“You’re probably right. Whatever I do winds people up. I’ve been tattooed with every one of those criticisms. Even now, I’m the boy everyone loves to hate.” – Mick Hucknall

“Sometimes I do. Sometimes I give too much of a fuck. But I created the boxing match. I’m a troublemaker. I’m from the punk generation, but I make romantic, soft soul music. I like the bizarre disconnect of that but, clearly, some people don’t.” – Mick Hucknall

“The Beatles and the Stones had Elvis and Hollywood, but when it came to my generation America meant Richard Nixon and Vietnam. The radio programmers were paid with hookers and coke, and I hated that. I loved the African-American culture.” – Mick Hucknall

Now that you know all about Mick Hucknall’s net worth and how he achieved success; let’s take a look at some of the lessons we can learn from him:

Failure is success in progress.

How much is Mick Hucknall worth?

Mick Hucknall’s net worth is estimated to be $60 Million.

How old is Mick Hucknall?

How tall is Mick Hucknall?

Mick Hucknall is an English pop singer and songwriter.

Hucknall is the founder and lead singer of the popular British band, Simply Red. He played with the group from 1983 until late 2009, when they broke up. Hucknall was born in Denton, Lancashire, England, in 1960.

What do you think about Mick Hucknall’s net worth? Leave a comment below.