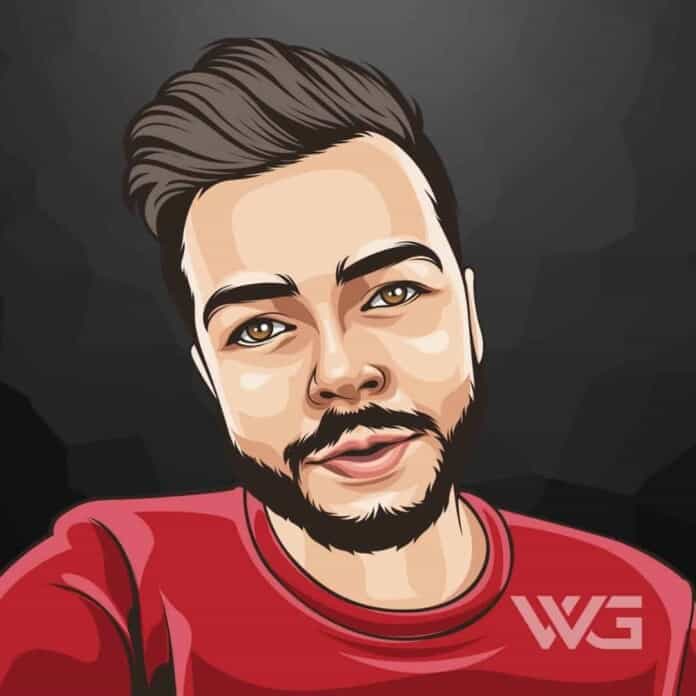 What is Nadeshot’s net worth?

As of December 2022, Nadeshot’s net worth is approximately $10 Million.

Nadeshot is a former professional American Call of Duty player from Illinois. He is the owner of an esports team 100 Thieves and former captain of OpTic Gaming in the 2014 Call of Duty: Ghosts season.

Matthew Haag was born on the 3rd of August, 1992, in Palos Hills, Illinois. He studied at ‘Amos Alonzo Stagg High School’ in his hometown.

He completed a two-year Business Studies course in the college, before taking up a job at a McDonald’s restaurant. Thanks to his passion for gaming, Matt started competing in various gaming tournaments.

At thirteen Nadeshot became an official competitive gamer with the ‘Halo’ game series. One Christmas he was gifted the game ‘Gears of War’ and almost qualified for the MLG Chicago Gears of War play in 2007.

His perseverance and commitment to progress as a gamer helped him win several championships. Though he has a huge female fan following owing to his cute “boy-next-door” looks, Haag is known more for his ingenious skills as a gamer.

During his childhood, Matthew always loved playing video games with his brother, and later went on to make a career for himself in professional gaming.

He is a philanthropist and helped ‘Optic Flamesword’ donate to a children’s cancer hospital. He loves cars and his proud possessions include a BMW i8.

Here are some of the best highlights of Nadeshot’s career:

Every day I was trying to cook up a video idea that I necessarily just wasn’t passionate about. I was trying to figure out what was missing and I figured out that I wanted to work on something bigger with people working with me every single day, with us working towards one collective goal. There wasn’t one instance in where I thought to myself ‘I want to be an owner of a team’ but now, this is like my new baby. 100 Thieves is the culmination of my life’s work honestly.”– Nadeshot

“Some might think this is corny but I truly believe it down in my very core that you have to take what you want in life. If you want to do better by your family and have a life that you can be proud of, it has everything to do with what your goals are.” – Nadeshot

“We’re not just here to write them a paycheck and have them play with a 100 Thieves jersey on.” – Nadeshot

“A running theme throughout our entire application was our commitment to taking care of the players. I was a competitor for a very long time and I know how difficult it is to build a career and a successful brand in the space.” – Nadeshot

“I very much consider myself to still be a content creator – when I do upload to YouTube my videos still do pretty well. Last year was very much a foundational year for 100 Thieves, but now we have a lot of teams, so a lot of the time I was spending on things last year won’t be there, I won’t be as jam-packed throughout my day so I can get back to streaming and making more videos.” – Nadeshot

Now that you know all about Nadeshot’s net worth, and how he achieved success; let’s take a look at some of the lessons we can learn from him:

1. Don’t Believe What Anyone Tells You

Do the research yourself. Sure, the truth evolves over time, but the closer to it you are the better your life will be.

2. There’s No Shame in Being Wrong

Accepting when you are wrong and apologizing for mistakes that have affected others is a necessary healing process for both parties involved. It also helps you become a more compassionate, kind person.

3. You Can’t Change the World

Don’t neglect to fight for the things you feel passionately about because you think your voice is too small and that not enough people care. One voice is capable of creating a huge echo.

How much is Nadeshot worth?

Nadeshot’s net worth is estimated to be $10 Million.

How old is Nadeshot?

How tall is Nadeshot?

Nadeshot is a popular American gamer and the proud owner of ‘Hundred Thieves’. He shot to fame with his unbeatable gaming tactics and was awarded a gold medal at the 2014 ‘Game Awards’. He is also the ‘Belt Holder for Call of Duty: Modern Warfare 2’ and has over 3.1 million subscribers on his ‘YouTube’ channel.

What do you think about Nadeshot’s net worth? Leave a comment below.