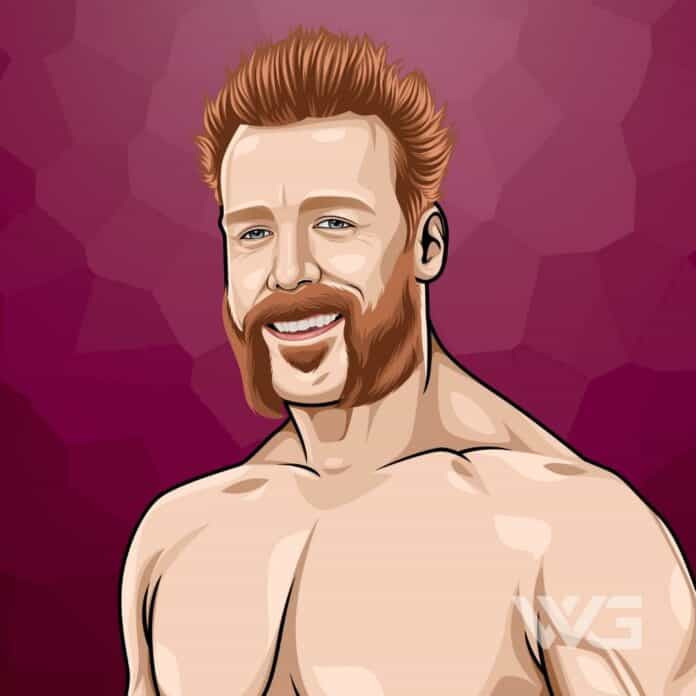 What is Sheamus’ net worth?

Sheamus is an Irish professional wrestler and actor best known for his championship victories with the WWE and with Irish Whip Wrestling.

He’s also appeared in several movies and television shows and as a playable character in multiple WWE video games.

As of November 2022, Sheamus’ net worth is estimated to be $7 Million.

Sheamus, whose real name is Stephen Farrelly, was born 28 January 1978 in Dublin, the Republic of Ireland, and was raised on North Great George’s Street.

After attending Scoil Caoimhin Primary, Sheamus then studied at the Gaelscoil Coláiste Mhuire Secondary School, singing in the Palestrina Choir.

Enthusiastic about a range of sports, he played Gaelic football and rugby union for the National College of Ireland, gaining a National Diploma during his time at college.

Before becoming a professional wrestler and actor, Sheamus worked as a bodyguard for Bono and Larry Mullen Jr., as well as working in information technology.

Sheamus got his first break in the wrestling industry in 2002, following the advice of Bret Hart and training at Larry Sharpe’s Monster Factory and building his image around Irish iconography.

Between 2004 and 2006, he fought primarily on the European independent circuit using the ring name Sheamus O’Shaunessy with the Irish Whip Wrestling school.

In 2006, he made his debut with the World Wrestling Entertainment at Raw in Manchester, working his way up the ranks and establishing a reputation as a top-tier wrestler.

By 2009, Sheamus was approaching the peak of his profession, named as the number one contender to John Cena and defeating him to become WWE Champion for the first time.

His winning streak continued over the following years, retaining the title after defeating The Miz and becoming a Royal Rumble winner in 2012.

Outside the ring, Sheamus has appeared in several movies and television shows, including alongside Will Arnett and Megan Fox in Teenage Mutant Ninja Turtles: Out of the Shadows.

With his impressive track record and appearances in movies and television shows, Sheamus has been able to command increasingly high salaries throughout his career.

His WWE salary and brand endorsements bring his earnings on par with the richest wrestlers in the world, bolstered by royalties from DVD and video game sales.

Ongoing performances in the wrestling ring, combined with royalties and sponsorships, will help keep Sheamus’ career earnings at their current level.

Sheamus’ progressively successful career, which has seen the star go from local wrestler to international contender and champion, has ensured a steady increase in his net worth.

His run of high-profile victories from 2009 to 2014, during which he won the American and world heavyweight championship, significantly raised his profile and earning capacity.

As he diversifies his revenue streams in the future, his net worth will continue to climb with new movies and other media appearances in the pipeline.

Sheamus relocated to the United States for his wrestling career, initially residing in Lutz, Florida, before moving to Nashville, Tennessee in 2020.

He’s an avid supporter of some of the richest soccer teams in the world, following the games of Celtic FC, the Tennessee Titans, and Liverpool FC.

Through his official Instagram account, Sheamus keeps his millions of fans up to date on his upcoming wrestling matches and other public activities.

Sheamus has been nominated for and awarded many accolades and honors for an outstanding career both as a professional wrestler and actor.

Many of these awards have come through his work with WWE, where he climbed the ranks from newcomer to champion is a short period of time.

Here are some of the most notable awards and championships from Sheamus’ career:

Sheamus continues to wrestle professionally and succeed in the ring, so we can expect him to pick up more championships and awards in the future.

How Does Sheamus Spend His Money?

Residing close to some of the most expensive houses in the world, he owns a large property in Tampa, Florida, including a 4,000-square-foot home with a three-car garage, pool, and spa.

He also owns several cars, including a DMC DeLorean modeled on the design popularized in Back To The Future.

In addition to his many victories and championship wins, Sheamus has had a vibrant and colorful career both as a wrestler and actor.

He has also appeared in many video games, helping further to raise his profile with wrestling and video game fans worldwide.

Here are some of the best highlights of Sheamus’ career:

We can expect plenty more great high points as Sheamus continues to wrestle and act.

Sheamus has been interviewed many times throughout his career, sharing his thoughts on the nature of wrestling and staying in peak physical health.

He’s also offered his insights into working in the movie industry and his love of classic children’s franchises.

Here are our favorite quotes from Sheamus:

Now that you know all about Sheamus’ net worth, we’ll explore how his life and wrestling career can inspire us to succeed in our own activities.

His insights help us to make the most of our personal life experiences to build a strong brand, integrating our culture and heritage in the process.

Here are some of the best success lessons to learn from Sheamus:

1. Use Your Heritage To Develop A Unique Image

With his Irish heritage and background, Sheamus had an iconic look ready to go from the early days of his career.

Take pride in your background and culture and use it to refine your public and professional image.

Sheamus isn’t afraid of others stealing his insights into training and wrestling, and has gone out of his way to spread the word on his workout routines through the YouTube channel, Celtic Warrior Workouts.

After accomplishing a great deal as a professional wrestler, Sheamus wasn’t about to rest on his laurels.

He took lessons in acting from Irish director and actor Terry McMahon so he could develop his acting career to the best of his abilities.

His wrestling career is showing no signs of slowing down, and Sheamus continues to pick up promising roles in some of the hottest Hollywood movies.

This means his net worth will increase in the future, so we’ll be updating this article to ensure it covers all the latest facts and figures about his life and career.

As of November 2022, Sheamus’ net worth is estimated to be $7 Million.

What do you think about Sheamus’ net worth? Leave a comment below.