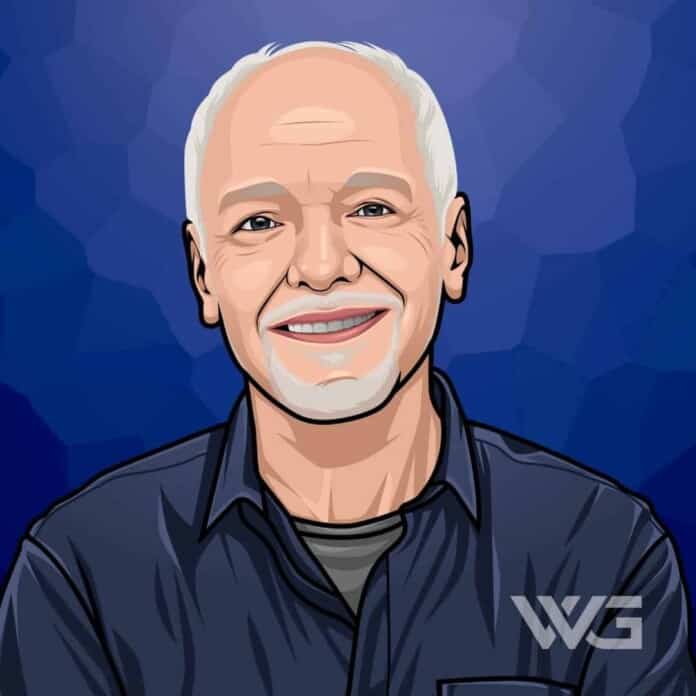 What is Peter Frampton’s net worth?

Frampton has previously been associated with the bands Humble Pie and The Herd. As a solo artist he has released several albums, including his international breakthrough album, the live release Frampton Comes Alive!

Peter Kenneth Frampton was born on the 22nd of April, 1950, in Bromely, England.

He first became interested in music when he was seven years old. Having discovered his grandmother’s banjolele in the attic.

Some of his early influences were Cliff Rich & the Shadows and American rockers Buddy Holly and Eddie Cochran. He later liked to listen to Jimi Hendrix and the Beatles. His father introduced him to the recordings of Belgian gypsy jazz guitarist Django Reinhardt.

At the age of 14, he started to play in a band called the Trubeats, followed by a band called the Preachers. In 1967 16-year-old Frampton found success when he became the lead guitarist and singer for the pop-oriented group The Herd and stayed with the band for two years.

He had many pop hits and was named ‘The Face of 1968’ by teen magazine Rave. Frampton’s next musical venture was fronting the band Humble Pie with Steve Marriott of Small Faces.

Frampton left the band after four albums. His debut album ‘Wind Of Change’ sent him touring extensively over the next few years, promoting the albums ‘Frampton’s Camel,’ ‘Somethin’s Happening’ and ‘Frampton.’

He rose to fame with his live double album ‘Frampton Comes Alive’ in 1976. Both Billboard and Rolling Stone magazines named him Artist of the Year.

The album stayed on the Billboard 200 for 97 weeks, of which 55 weeks were in the Top 40 and ten weeks were at the top of the chart. It was the biggest selling album with sales of over 8 million copies.

How Does Peter Frampton Spend His Money?

Peter Frampton spends some of his money on charity work.

Frampton has helped charities such as Gibson Foundation and Red Cross.

Here are some of the best highlights of Peter Frampton’s career:

“Really wasn’t into sports at an early age. I couldn’t wait to get home from school, go straight to my bedroom, pick up the guitar, and play it. It became an obsession for me. That’s all I wanted to do was play guitar and learn every lick I heard on the radio.” – Peter Frampton

“To be on a track with Les is a great thing to be able to say. They ran about five tracks past me, and I picked ‘So Into You’ (originally performed by Atlanta Rhythm Section). Everyone loves that track.” – Peter Frampton

“They all mention Les as an inspiration because of (his) early records, which were jaw-dropping when you first heard them as a novice guitarist. We revere him, but Les is so genuine and down-to-earth that he’s still one of the lads.” – Peter Frampton

“Recorded music is basically free now. I used to tour to promote a CD, but now I make a CD to promote a tour. I’ve moved on and live with the new reality, but I do get frustrated when people do dumb things.” – Peter Frampton

Now that you know all about Peter Frampton’s net worth and how he achieved success; let’s take a look at some of the lessons we can learn from him:

Politeness and caring for each other cannot be a thing of the past.

When you don’t have someone, you feel you want someone. Then when you do, it’s nice to be single for one night.

How much is Peter Frampton worth?

Peter Frampton’s net worth is estimated to be $20 Million.

How old is Peter Frampton?

How tall is Peter Frampton?

Peter Frampton is an English rock musician and guitarist.

Frampton began his career with the bands Humble Pie and The Herd. He is best known for his hit solo album ‘Frampton Comes Alive,’ which sold more than 16 million copies and held the notable distinction of being the best-selling live rock album until 1998.

What do you think about Peter Frampton’s net worth? Leave a comment below.