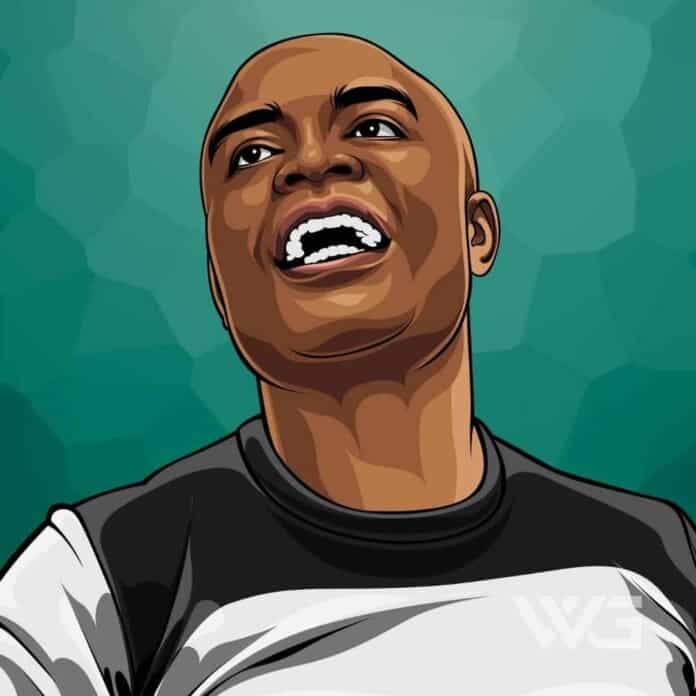 What is Anderson Silva’s net worth?

Anderson da Silva is a Brazilian professional mixed martial artist who currently is signed with the UFC.

He is a former UFC Middleweight Champion and had the longest title reign in UFC history at 2,457 days. This started in 2006 and ended in 2013 and included a UFC record 16 consecutive victories in that span.

Anderson da Silva was born on the 14th of April, 1975, in São Paulo, Brazil. Silva is one of four children. As his family could not afford his jiu-jitsu lessons, he started by watching neighborhood kids fight and later practicing with them.

The Academy reportedly ordered Pride not to give him more fights, but later Antônio Rodrigo Nogueira took him under his wings and helped him develop his potential.

Silva’s professional career began in 1997. After a failure in his first match, he soon rebounded with a nine-fight winning streak, including one against the then-undefeated Shooto champion Hayato Sakurai in 2001.

He started his Pride Fighting Championships run with three wins during 2002-03, but then lost to underdog Daiju Takase at Pride 26, following which he even considered quitting MMA.

In 2003, he earned a decision win against Lee Murray in London, where he won the match.

He next defended his middleweight title against Vitor Belfort, Yushin Okami, and Chael Sonnen, and stopped Stephan Bonnar via strikes in the 1st round of their light heavyweight bout in 2012.

He lost the rematch with Weidman as well and was replaced as one of the coaches for ‘The Ultimate Fighter: Brazil 4’ due to failed drug tests. His victory against Nick Diaz in 2015 was declared as no contest after he was tested positive for steroids, following which he was suspended for one year.

Here are some of the best highlights of Anderson Silva’s career:

“I practice the martial arts. I don’t practice MMA. MMA is my job, MMA is a new sport. Martial arts is the knowledge from the ages.” – Anderson Silva

“I think old age is in each one’s head; so if you’re happy doing what you love, you’re going to be young.” – Anderson Silva

“I’ve already done everything there is to do. Now it’s just a matter of doing what I love to do.” – Anderson Silva

“I would train with a gay man. As long as he respected me, it’s all right. I don’t think much of it. The fact that a guy is gay doesn’t mean he’s going to accost you. He can be gay, have a relationship, lives among guys who aren’t gay. He can do whatever he wants with his private life.” – Anderson Silva

Now that you know all about Anderson Silva’s net worth, and how he achieved success; let’s take a look at some of the strongest lessons we can learn from him:

Anderson wasn’t a student with many masters because he wanted to be, but because that’s what fate had in store for him.

2. Lessons for Anyone Who Fights in the Street

The book stores two profound lessons for youths who get into street fights. The first, from his taekwondo teacher, a Korean named Kang: “Street fighting is for the weak.

When someone gives you an undesirable present and you don’t take it, to whom goes the present? To him.

Provocation is the same deal. Don’t accept it.” And the best one, from his uncle Benedito: “Anderson, if you get in a fight in the street I’ll stick you in the dog kennel.”

Silva started out in capoeira, embraced taekwondo, learned to box, fell in love with Thai boxing and Jiu-Jitsu. He was never content to only master one aspect of the fight game. He opened his mind, and thanks to that he’s now seen as the best in the world.

How much is Anderson Silva worth?

Anderson Silva’s net worth is estimated to be $8 Million.

How old is Anderson Silva?

How tall is Anderson Silva?

Anderson Silva is one of the best MMA fighters in the world. Silva holds many records and is regarded as the greatest fighter in the industry.

As of November 2022, Anderson Silva’s net worth is roughly $8 Million.

What do you think about Anderson Silva’s net worth? Leave a comment below.