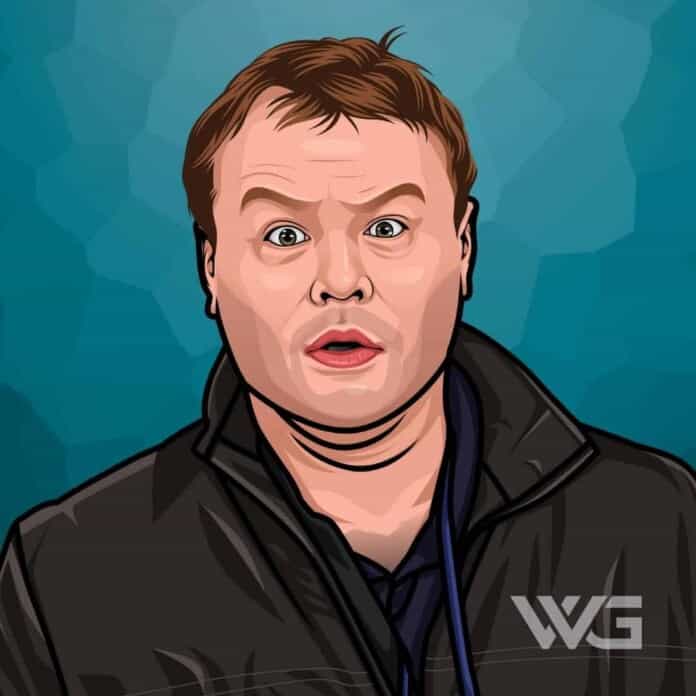 What is Frank Caliendo’s net worth?

Frank Caliendo is an American comedian, actor, and impressionist.

Caliendo is best known for his impressions and for his frequent appearances on The Bob & Tom Show.

Caliendo grew up in Waukesha, Wisconsin, where he attended Waukesha South High School. He is of Italian descent.

Before he graduated, he began performing stand-up comedy at local nightclubs and comedy clubs, eventually taking a job as a master of ceremonies at a local comedy club. He was active on the college circuit. Between 2000 and 2001, Caliendo made his television debut on the sketch comedy series Hype.’

Caliendo started his stand-up comedy in college at local clubs before he was a master of ceremonies for a local comedy club. His early impressions of the Seinfeld cast, Columbo, and Jonathan Winters gained him attention.

He was very popular on the college circuit before debuting on the sketch comedy show ‘Hype ‘and later joining the cast of MADtv from 2001 to 2006.

Caliendo was known for his impressions of George W. Bush and John Madden. Starting in 200, he appeared on Fox NFL Sunday making his John Madden impression.

He was the prognosticator for the show until he left in 2012. In 2007, he appeared in the movie ‘The Comebacks’ and had his own show Frank TV on TBS for two seasons.

Here are some of the best highlights of Frank Caliendo’s career:

“It’s a simple and an effective way of getting everyone on the same page, prepared and paying attention to the gag. People get into that frame of mind of you doing impressions. It can take a minute or two for an audience to catch on when you aren’t doing one.” – Frank Caliendo

“When I used to watch vaudevillian impressionists, people like Rich Little or Frank Gorshin, I always felt like the voice was the only point. I didn’t want to do that. I wanted to be of the Robin Williams or Jonathan Winters model, where observation and storytelling was important.” – Frank Caliendo

“If it’s just the voice, then you can only do jokes. It’s not really even about the impression so much. It’s about the take and what you do with the person. I try to get a character across with the impression.” – Frank Caliendo

“With Twitter, it’s a little harder to tell jokes that somebody hasn’t heard already. You have all these people out there sharing their opinions and telling jokes in real time, and by the time you get on, somebody’s already done some version of what you’re trying to do.” – Frank Caliendo

“Fox does the NFL a lot like they program the rest of the network. There’s sort of a locker room sense of humor that prevails. With ESPN, it’s more like a pat-you-on-the-back kind of comedy. I mean, they’ll all get on each other a little bit, but it’s never mean-spirited.” – Frank Caliendo

Now that you know all about Frank Caliendo’s net worth and how he achieved success; let’s take a look at some of the lessons we can learn from him:

1. Do Stuff For The Audience

Sometimes comedians and entertainers and artists, sometimes they get onstage, and it’s all for what they want to do. You still need to do stuff for the audience. They’re the ones who are making it possible.

If it’s just the voice, then you can only do jokes. It’s not really even about the impression so much. It’s about the take and what you do with the person.

It’s a simple and effective way of getting everyone on the same page, prepared, and paying attention to the gag. People just get into that frame of mind of you doing impressions.

How much is Frank Caliendo worth?

Frank Caliendo’s net worth is estimated to be $20 Million.

How old is Frank Caliendo?

How tall is Frank Caliendo?

Frank Caliendo is an American comedian and impressionist.

Caliendo is widely recognized for his work on ‘MadTV’ and his own show, ‘Frank TV,’ which ran from 2007 to 2008. His impressions include Robin Williams, former presidents George W. Bush and Bill Clinton, and most famously, John Madden.

What do you think about Frank Caliendo’s net worth? Leave a comment below.