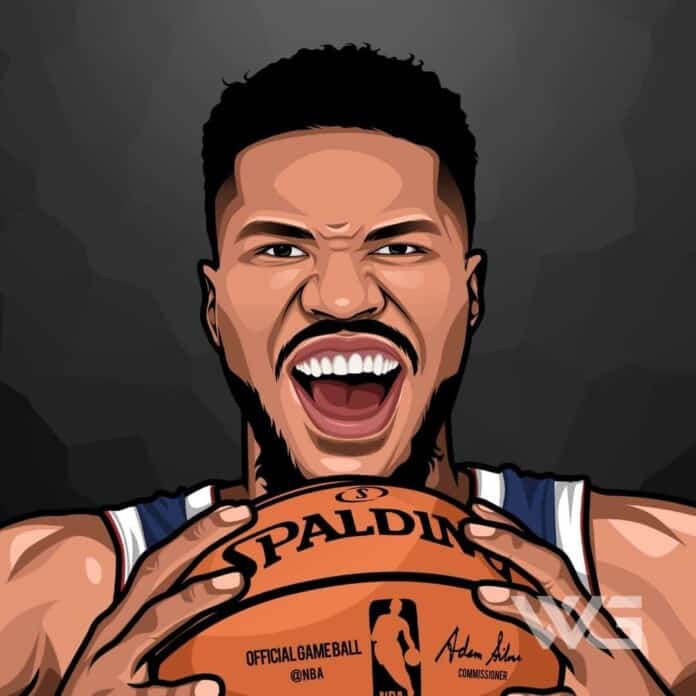 What is Malik Beasley’s net worth?

Beasley is a professional basketball player for the Minnesota Timberwolves of the NBA. Beasley attended Saint Francis School in George and played one season of college basketball for the Florida State Seminoles.

He was drafted by the Denver Nuggets with the 19th overall in the 2016 NBA Draft.

Malik Jon Mikal Beasley was born on the 26th of November, 1996, in Atlanta, Georgia.

He was a shooting guard who played for St. Francis High School- He played his college basketball for Florida State. He was selected to the ACC All-Freshman team in 2016. His grandfather is an actor who played the role of football coach ‘Coach Warren’ in the movie ‘Rudy’. His father played professional football in Chile.

Beasley attended Saint Francis School, and as a senior, he averaged 22.2 points, 6-9 rebounds, 2-9 assists, and 1.9 steals. He earned Class 1 A Player of the Year of the state of Georgia.

As a freshman, Beasley was subsequently named to the Atlantic Coast Conference’s all-freshman team. He was ranked eighth in the conference in free throw percentage. In 2016, Beasley declared for the NBA draft. He was selected with the 16th overall pick by the Denver Nuggets.

The same year, he signed his rookie scale contract with the Nuggets. Beasley appeared in two of the Nugget’s first seven games of the season. He had his breakthrough game on the 10th of November, scoring 12 points.

During his rookie season, Beasley had multiple assignments with the Sioux Falls Skyforce of the NBA. In 2019, he had a career-high with 35 points in a win over Houston Rockets.

The following year, Beasley was traded to the Minnesota Timberwolves. After the trade, he received the starting job and his scoring drastically increased. In 14 games with the team, he averaged 20.7 points per game while starting all games. On the 27th of November, Beasley re-signed with the Timberwolves.

Here are some of the best highlights of Malik Beasley’s career:

“Coach Ryan Saunders has done a great job of creating plays for me. Allowing me to play off the ball, I’m really good off the ball, making cuts, reads, and things like that. It’s been easy for me to do what I’m doing on the court on the offensive end because of that.” – Malik Beasley

“Team-wise, I would love to go to the playoffs; I want to get my guys into the playoffs and get us playoff experience, the youngest team to be in the playoffs. I don’t see it not being possible. We’re still young in the season.” – Malik Beasley

“I feel like I’m putting up All-Star numbers. I defend the second-best player because Josh Okigie, if not the best player every night and doing it on both sides of the ball.” – Malik Beasley

“I feel like I need to be used more because I don’t feel like I get tired. Minnesota’s coaching staff wants to keep their starters around 32 minutes per game, which is what Beasley is averaging (32.2), but maybe his protestations convinced them to raise his workload a bit. He’s already posting mid-round value in any format, so more minutes would be the icing on the cake.” – Malik Beasley

Now that you know all about Malik Beasley’s net worth and how he achieved success; let’s take a look at some of the lessons we can learn from him:

Keep ongoing, and the chances are that you will stumble on something. There will always be many things that are going to happen that we can’t control all the time. But you CAN control what you do after it happens. Keep your head up and keep moving forward and fight.

The more you sweat, the luckier you get. many times, when you see someone do something, whether it’s sports or whatever their profession is, you think it starts when you see them. We don’t realize all of the sweat equity that goes into it.

Great teamwork is the only way we create the breakthroughs that define our careers. It’s important to work together. If a team doesn’t work as a team, they are much less effective than a team with less native ability but a higher degree of teamwork and cohesion.

How much is Malik Beasley worth?

Malik Beasley’s net worth is estimated to be $6 Million.

How old is Malik Beasley?

How tall is Malik Beasley?

Malik Beasley is an American professional basketball player best known for being a guard for the Denver Nuggets.

Basley was born in Georgia and played his college basketball for Florida State, where he was selected to the ACC All-Freshman in 2016.

He was drafted by the Denver Nuggets in 2016. She played for the team from 2016 to 2020. In 2020, he was traded to the Minnesota Timberwolves. Beasley has been very consistent, productive, and efficient during his career.

NBA scouts have started to take notice of the freshman from Georgia.

What do you think about Malik Beasley’s net worth? Leave a comment below.