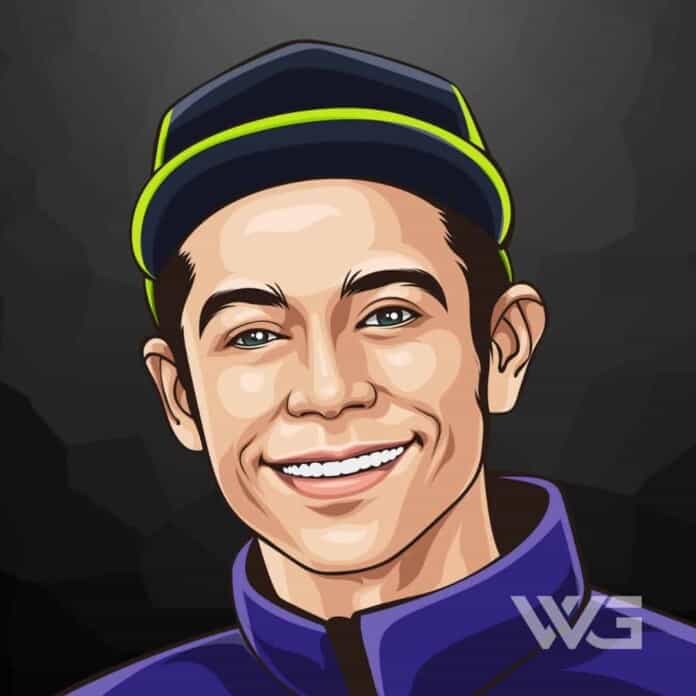 What is Valentino Rossi’s net worth?

Rossi is one of the most successful motorcycle racers of all time, with nine Grand Prix World Championships to his name – seven of which are in the premier class.

As of February 2023, Valentino Rossi’s net worth is estimated to be $200 Million.

Valentino Rossi was born on the 16th of February, 1979, in Urbino, Italy. Rossi is the son of Graziano Rossi, who was also a motorcycle racer once.

By the end of 1991, he had become an expert in minibike riding and had also won many awards. He participated in the national kart championships held at Parma and came fifth in the race.

After winning the championship, he was trained to ride 125cc racing motorbikes and in 1995, he won the Italian 125cc Championship. He also raced in the 125cc European Championship where he claimed the third position.

He won the 250cc World Championship held in 1999 in Aprilia, where he had won his first world championship title. In 2000, he signed up with Honda to race in the 500cc class and was mentored by Michael Doohan, a former 500 cc World Champion. He raced that year and finished second to Kenny Roberts, Jr.

The 500 cc World Championship conducted its final race in 2001 and Rossi who had come second the previous year, finished first and claimed the championship.

In 2011, he left long-time sponsor Yamaha to sign a two-year contract with Ducati.

Here are some of the best highlights of Valentino Ross career:

“I try to have a different relationship with the bike. This is not only a piece of metal – there is a soul. The bike talks back too. But not with a voice, with the components” – Valentino Rossi

“The most important thing is to have a good relationship with the bike… you have to understand what she wants. I think of a motorcycle as a woman, and I know that sounds silly, but it’s true.” – Valentino Rossi

“The work that we do during the winter is very important; we have a new bike and it’s important to develop it during this time, and we start with this test” – Valentino Rossi

“In 2002 the Yamaha was at more or less the same level as the Honda, better in some ways, worse in others. But in the winter of last year between 2002 and 2003, Honda made a big step forward and it seemed as if Yamaha couldn’t quite match that improvement.” – Valentino Rossi

Now that you know all about Valentino Rossi’s net worth, and how he achieved success; let’s take a look at some of the best lessons we can learn from him:

When possible, come up with ways to make taking action more enjoyable. It’s going to be tough to stick to a new routine if you absolutely hate it. If you hate running, take up a sport. If you own a business and there is a task you have to do but hate doing, see if you can hire someone else to do it.

When you feel like no one believes in you or supports you or cares about whether or not you accomplish your goals, finding the motivation to keep pressing on can be difficult.

Look for people who will support and encourage you. Also, support the dreams of those around you. You just never know how much of a positive impact your support can have on someone.

How much is Valentino Rossi worth?

Valentino Rossi’s net worth is estimated to be $200 Million.

How old is Valentino Rossi?

How tall is Valentino Rossi?

Valentino Rossi, the ultimate idol of international motorbike racing, is one of the most talented and successful motorbike racers ever.

Harboring a passion for the race at a very young age, he won his first world racing title at the age of 18. Since then, he never missed a race and has been making records, one after another.

What do you think about Valentino Rossi’s net worth? Leave a comment below.

What is Cameron Jordan's net worth? Introduction  As of ,...