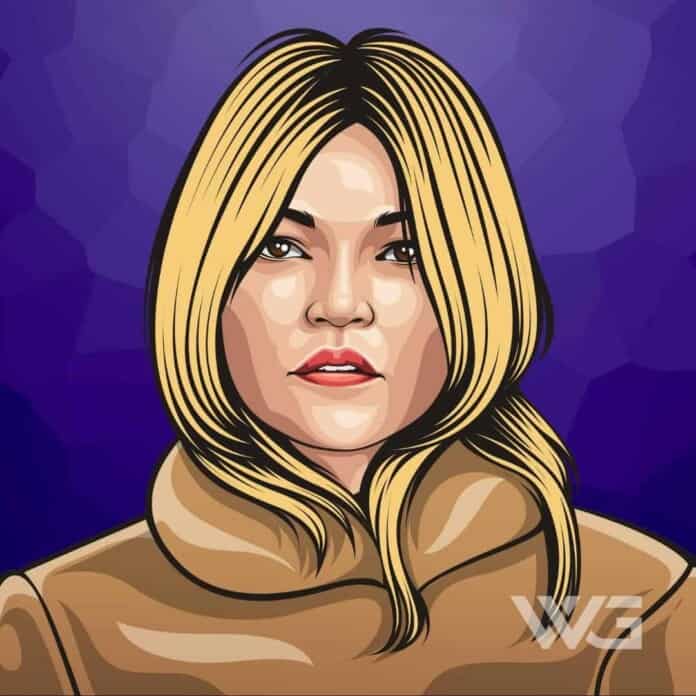 What is Kate Moss’ net worth?

Katherine “Kate” Ann Moss is an English model and businesswoman from Croydon. She initially gained recognition when she was discovered at JFK airport in 1988 by the age of 14.

She was discovered by Sarah Doukas who is the founder of Storm Model Management.

As of November 2022, Kate Moss’ net worth is estimated to be roughly $70 Million, making her one of the highest-paid models in the world.

Kathrine “Kate” Ann Moss was born in Croydon, England on the 16th of January, 1974. Moss is the daughter of Linda Rosina and Peter Edward Moss. She has a younger brother named Nick and a half-sister named Lottie.

Moss’ parents divorced when she was at the age of 13 and she attended Riddlesdown High School in Purley. She pursued her career as a model after she was discovered in 1988 and started to work with brands such as Levi, Calvin Klein, and H&M.

Kate Moss began her modeling career in 1988 when she was spotted at the JFK Aiport in New York City. Moss was discovered by the founder of Storm Model Management, Sarah Doukas. She began appearing in the British magazine, ‘The Face’, and the pictures were taken by Corinne Day.

When Moss turned 18 years old she already was the face of ‘Calvin Klein’ and she was also a model for the perfume ‘Obsession’ which she modeled with actor Mark Wahlberg.

The advertisement was her major breakthrough and she was noticed all around the world.

In 1993, Moss featured in the British Vogue magazine for the first time. She appeared on several covers and collaborated with supermodels including the likes of Naomi Campbell, Claudia Schiffer, and Cindy Crawford.

A few years later Moss appeared in the short film ‘Blackadder: Back & Forth’ which was a screen comedy. Moss also appeared in a number of well-known fashion magazines in the UK, the US, and France including ‘Vogue’, ‘W’, ‘Another Man’, ‘The Face’, and ‘Vanity Fair’.

Since then Moss has been a popular fashion icon, for her badass attitude and her size zero that has influenced people all over the world.

Here are some of the best highlights of Kate Moss’ career:

“I think I have a good rapport with the people I work with and that really helps. If you like working with people and you always have a good time and you always do good work, then they’re going to book you again. I like doing what I do.” – Kate Moss

“Girls interested in modeling need to realize that it’s hard work. You can go to a shoot in the morning and not even start shooting until 10 pm – and still be there at 5 am the next day. Then if you still haven’t got the shot, you’ll have to go back the next day and start again!” – Kate Moss

“I was 14 when I started modeling. At the end of that first day my mum said, If you want to do this, you’re on your own because I’m not traipsing around London ever again like that. It’s a nightmare.” – Kate Moss

“Once I was walking from The Mercer in New York – because otherwise, I don’t walk anywhere – and this woman paparazzo who was following me fell over a fire hydrant and her whole tooth went through her lip. I leaned over her, saying, ‘Are you all right?’ and she was still taking pictures.” – Kate Moss

“You go to a show, and there’s no food at all, so if you’re doing shows back to back, you can forget eating. I remember standing up in the bath one day, and there was a mirror in front of me, and I was so thin!” – Kate Moss

View our larger collection of the best Kate Moss quotes!

How much is Kate Moss worth?

Kate Moss’ net worth is estimated to be $70 Million.

How old is Kate Moss?

How tall is Kate Moss?

As of November 2022, Kate Moss’ net worth is approximately $70 Million.

What do you think about Kate Moss’ net worth? Leave a comment below.

What is Kevin Spacey's net worth? Introduction As of ,...