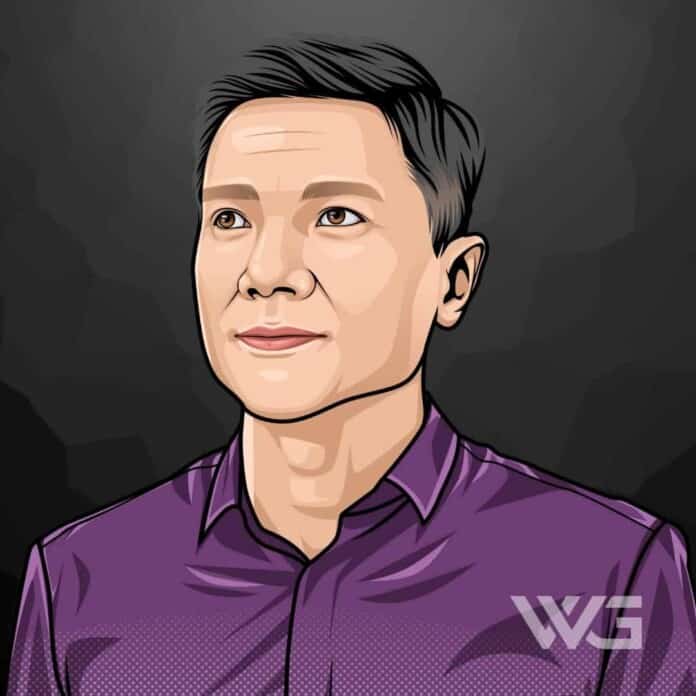 What is Robin Li’s net worth?

Robin Li is a Chinese computer scientist and internet entrepreneur.

Li is the co-founder of the search engine Baidu and one of the richest people in China.

He studied information management at Peking University and computer science at Buffalo’s State University of New York. In 2000 he founded Baidu with Eric Xu.

As of February 2023, Robin Li’s net worth is estimated to be roughly $13 Billion.

Li spent most of his childhood in Shanxi Province. Both of his parents were factory workers.

Li was the fourth of five children and the only boy.

He enrolled at Peking University, where he studied information management and earned a Bachelor of Science degree. In the fall of 1991, Li went to the University at Buffalo, The State University of New York in the US to study for a doctorate in computer science.

In 1994, Li joined IDD Information Services, a New Jersey division of Dow Jones and Company, where he helped develop a software program for the online edition of The Wall Street Journal. He also worked on improving algorithms for search engines.

He remained at IDD Information Services from May 1994 to June 1997. In 1996, while at IDD, Li developed the Rankdex site-scoring algorithm for search engine page ranking, which was awarded a U.S. patent.

Li worked as a staff engineer for Infoseek, a pioneer internet search engine company, from July 1997 to December 1999.

Since founding Baidu in January 2000, Li has turned the company into the largest Chinese search engine, with over 80% 2005, Baidu completed its IPO on NASDAQ, and in 2007 became the first Chinese company to be included in the NASDAQ-100 Index.

As of February 2023, Robin Li’s net worth is estimated to be roughly $13 Billion.

Here are some of the best highlights of Robin Li’s career:

“People can get information – on entertainment, politics, finance – much easier than before. That will change the way people do business, the way people live.”  – Robin Li

“In the early days, I felt the pain of not being able to find information easily. I guess that helped me to develop an urge to write things like a search engine.” -Robin Li

“In the beginning, I thought the mobile search was not much different from Web search. It’s just a smaller screen, a slower speed; it’s all the bad things. When I thought about the mobile Internet, it’s all the disadvantages.” – Robin Li

“If you are a big company, a big website, and lots of users come to your website, you will have attacks, and you have to deal with that. It just cannot be a reason to take action to exit certain markets.” – Robin Li

“Sooner or later, you will see a China-based company that has a global impact, and I think Baidu has a chance to become one of those companies. We should be able to compete on a global basis.” – Robin Li

Now that you know all about Robin Li’s net worth and how he achieved success; let’s take a look at some of the lessons we can learn from him:

Have trust in the process.

Focus on your time and energy where it makes the biggest impact. If you’re running a business, this usually means doing only the things that lead to sizeable revenue.

Successful people know and accept this. So, unless you want to be invisible, you can’t shy away from criticism.

How much is Robin Li worth?

Robin Li’s net worth is estimated to be $13 Billion.

How old is Robin Li?

How tall is Robin Li?

Robin Li is a Chinese businessman who has launched his search engine, Baidu, using his algorithm. Baidu is now the largest search engine used in China, and the third-largest independent search engine in the entire world.

Baidu is also permanently in the record books as the first Chinese company to be part of the NASDAQ-100, and Mr. Li has been featured in multiple publications.

What do you think about Robin Li’s net worth? Leave a comment below.