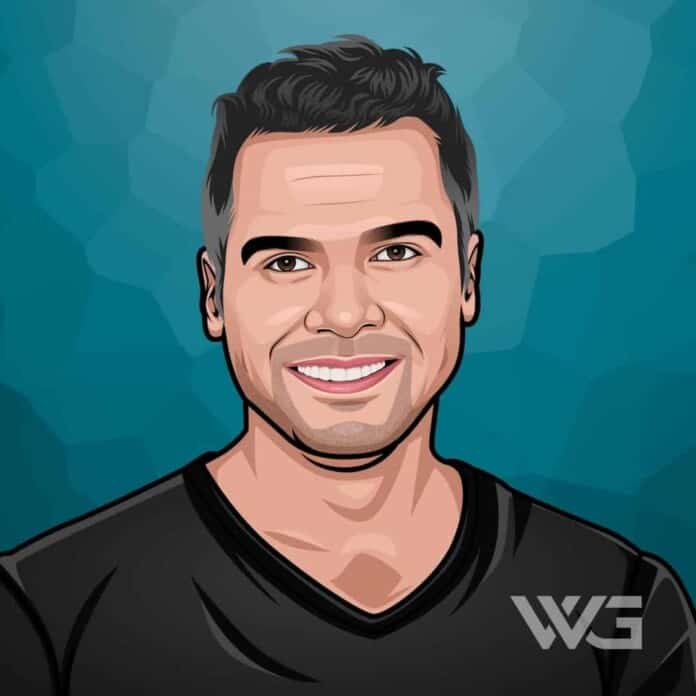 What is Cash Warren’s net worth?

Cash Warren is an American producer.

Warren was born in California, and he is best known for his work on ‘Fantastic Four,’ ‘Taxi,’ and ‘Crips and Bloods: Made in America.’ Since 2008, he has been married to the famous actress Jessica Alba, and they have three children.

Cash Garner Warren was born on the 10th of January, 1979, in Los Angeles, California.

Warren is the son of Michael Warren and Sue Narramore. His father is an actor who has starred in ‘Hill Street Blues.’ Cash attended Crossroads School in California, where he was a class fellow with Kate Hudson.

During his high school years, he was teased for his acne problem. In 2001, he graduated from Yale University with a degree in political science. He has been a close friend of Baron Davis since their early school days.

Warren started his career as an assistant producer.

He received acclaim for his debut work in the movie ‘Taxi’ in 2004. The movie featured stars such as Queen Latifah, Jimmy Fallon, Gisele Bundchen, and Jennifer Esposito. It was a massive box office hit, and people worldwide loved it.

His next movie as an assistant producer was ‘Fantastic Four,’ which was released in 2005. It starred Jessica Alba, Ioan Gruffudd, Chris Evans, Michael Chiklis, Julian McMahon, and Kerry Washington.

The movie was an instant hit as well. It was also nominated for the “Best Science Fiction Film” at the Saturn Awards and the MTV Movie Awards for “Best hero and Best On-Screen Team.”

His company, Verso Entertainment, produced ‘Crisps and Bloods: Made in America’, which was released in 2008. Throughout his career, he has also released ‘In the Blood.’ It was directed by John Stockwell.

Verso Entertainment mostly focuses on documentaries on social issues for the TV, big screen, and digital media. He has also co-founded Apoko, a digital media group that helps celebrities to connect with their fans.

How Does Cash Warren Spend His Money?

Warren is a proud owner of a beautiful home in Los Angeles.

He lives there with his wife, Jessica Alba, and their three children. They purchased the house for a total of $10 million. It comes with seven bedrooms and 8.5 bathrooms. It also comes with a one-bathroom guest cottage.

Here are some of the best highlights of Cash Warren’s career:

Now that you know all about Cash Warren’s net worth and how he achieved success; let’s take a look at some of the best lessons we can learn from him:

Go as far as you can see, and when you get there, you will be able to see further.

Never give up on your dreams just because it will take to accomplish them. The time will pass anyway.

3. Don’t Have to Much Control

Control can be reasonable, but if you have too much power, it can get out of hand. If everything seems under control, you’re not going fast enough.

How much is Cash Warren worth?

Cash Warren’s net worth is estimated to be $50 Million.

How old is Cash Warren?

How tall is Cash Warren?

Cash Warren is a well-established film producer and businessman.

Warren believes that his job is to produce and connect with clients in Hollywood. He is the co-founder of the film and television production company, Verso Entertainment.

What do you think about Cash Warren’s net worth? Leave a comment below.

American actress Jessica Biel has earned an incredible net worth, making her a Hollywood powerhouse and one of the most recognizable Hollywood stars.