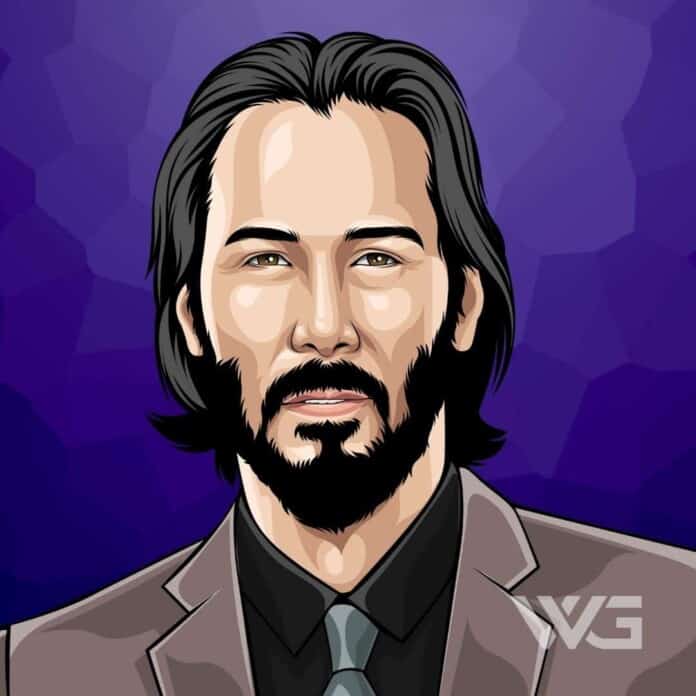 What is Keanu Reeves’ net worth?

Keanu Reeves is a Canadian actor known for roles in movies such as The Matrix, Bill and Ted’s Excellent Adventure, and Speed. His career does not appear to be bound by a genre and he has done humor, science fiction, action, and horror movies.

Reeves continues to develop his acting career and has several projects in the works.

Keanu Reeves was born in Beirut to Patricia and Samuel Reeves on September 2, 1964.

When Reeves was 3 years old, his father left, although they remained in touch until Reeves was 6 years old. His mother married four other times, meaning Reeves moved around internationally until the family settled in Toronto, Ontario.

Reeves struggled academically due to a combination of dyslexia and anger problems, and in school, he excelled at sports, particularly hockey. He attended four schools in five years, mostly due to being expelled from them.

Reeves dreamed of playing hockey professionally, but a sports injury forced him to stop playing in high school. Eventually, he dropped out of school completely.

Reeves began his acting career with theatre at the age of nine, first appearing in Damn Yankees.

After dropping out of high school he obtained his green card and moved to LA to live with his ex-stepfather, who was a stage and television director. Reeves then appeared in Hangin’ In, several commercials, short films, and stage work.

In 1986 he caught a break in River’s Edge, and this movie launched his career. Following this role, he also appeared in the successful Bill and Ted’s Excellent Adventure and its sequel, Bill and Ted’s Bogus Journey.

These movies launched his acting career, but his movie choices continued to pull negative reviews. It wasn’t until The Devil’s Advocate that he began receiving good reviews at the box office.

Reeves has also dabbled in directing, beginning in 2013 with Man of Tai Chi. Other types of work that Reeves has done is literature, with the book “Ode to Happiness”.

Reeves has also taken part in producing movies and playing bass guitar. Currently, Reeves is working on several projects that are in various stages of post-production

Here are some top highlights of Keanu Reeves’ career:

“Money doesn’t mean anything to me. I’ve made a lot of money, but I want to enjoy life and not stress myself building my bank account. I give lots away and live simply, mostly out of a suitcase in hotels. We all know that good health is much more important.” – Keanu Reeves

“Letters are something from you. It’s a different kind of intention than writing an e-mail.” – Keanu Reeves

“Because we’re actors we can pretend and fake it, but I’d rather the intimate investment was authentic.” – Keanu Reeves

“I’m a meathead. I can’t help it, man. You’ve got smart people and you’ve got dumb people.” – Keanu Reeves

“I’ve been pleased to work with so many wonderful stars through the years. This has been an amazing journey. I hope it continues.” – Keanu Reeves

“The whole aspect of cinema and film festivals should be a moment to come together and celebrate art and humanity. It would be a shame if there was such a divide.” – Keanu Reeves

How much is Keanu Reeves worth?

Keanu Reeves’ net worth is estimated to be $380 Million.

How old is Keanu Reeves?

How tall is Keanu Reeves?

Keanu Reeves is showing no signs of slowing down in his career. His net-worth is reflective of dynamic and diverse career and will continue to expand as his career does. His career includes acting, producing, directing, writing, and music, all of which have greatly expanded his portfolio.

What do you think about Keanu Reeves’ net worth? Leave a comment below.

What is Ben Hardy's net worth? Introduction  As of ,...