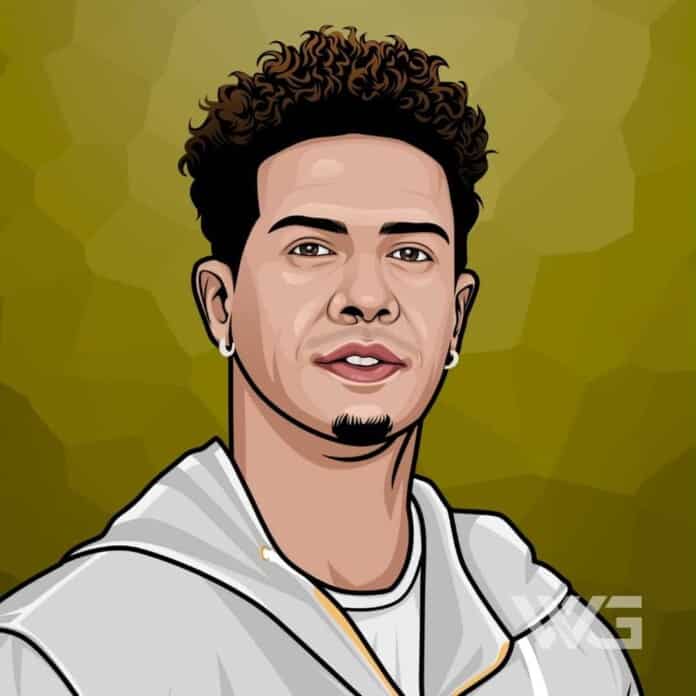 What is Austin McBroom’s net worth?

Austin McBroom is a YouTuber. McBroom is a former professional basketball player as well and a sports trainer.

He was raised in an upper-middle-class family in California. He belongs to a family that follows a Christianity religion.

McBroom was educated at Campbell Hall School. McBroom then attended Eastern Washington University, Central Michigan University, and Saint Louis University. He was good at studies, and since childhood, he loved sports like football, basketball, and baseball.

He later pursued his career as a basketball player.

McBroom grew up with a passion for many sports. After attending Campbell Hall School he began focusing on his professional basketball career.

He was a running back on the school’s football team. He then played shortstop on the baseball team, and he emerged as a prominent basketball player as a guard on his school team.

McBroom ended his senior year with Campbell, and he scored an average of 25.1 points per game. McBroom was later named to the All-CIF Division 3AA first team.

Apart from being a professional basketball player, McBroom is a successful social media star. He owns the famous and popular YouTube channel, The ACE Family, alongside his fiancee Catherine Paiz. They vlog about their daily life and couple posts showcasing their lives.

McBroom began his social media career by posting music videos and later turned it into a full-time job. His videos have covered his proposal to his fiancee. They have shared many moments from their lives.

Currently, their YouTube channel has more than 19 million subscribers. McBroom has 6.5 million followers on Instagram. On Instagram, he mostly shows his family life in pictures and videos.

How Does Austin McBroom Spend His Money?

McBroom lives with his family in a newly renovated mansion in California.

McBroom owns some fantastic cars in his garage. Some of his most notable purchases include a Lamborghini Huracán Performante, Range Rover Autobiography, Jeep Wrangler, Chevrolet Camaro, and a Rolls-Royce.

Here are some of the best highlights of Austin McBroom’s career:

“Happy 5 years ACE Family!!! Can’t believe today marks us being on YouTube for 5 years. And it’s even crazier to think that so many of you have been with us since day 1. We could never thank you all enough for rocking with us through this journey called life.” – Austin McBroom

“No better way to spend my Father’s Day on my son’s birthday. Happy Fathers Day to all the amazing fathers in the world, y’all don’t get enough credit.” – Austin McBroom

“He’s nervous. He’s the nervous one. He was out there. He was getting jitters. With me face-to-face, he was out there shaking a little bit. I just hope he’s ready because, in this sport, you can get seriously hurt, and I would hate to hurt the kid.” – Austin McBroom

“Over the past three months, I’ve met a lot of professional fighters. They’ve come to let me know, ‘you got this.’ I really appreciate both of them for showing a lot of love and support and shoutout to Fight Hype for making that happen.” – Austin McBroom

“The fight is definitely not going the distance. He (Bryce) is not ready. He’s not athletic enough or coordinated enough. I just hope he’s been taking the training seriously because I would hate to actually hurt the kid.” – Austin McBroom

Now that you know all about Austin McBroom’s net worth and how he achieved success; let’s take a look at some of the best lessons we can learn from him:

Life is growth. If we stop growing, we are as good as dead.

Our life is all about knowledge and love.

Do what you love, every day. Find your passion.

How much is Austin McBroom worth?

Austin McBroom’s net worth is estimated to be $2 Million.

How old is Austin McBroom?

How tall is Austin McBroom?

Austin McBroom is a former NCAA basketball player. He is currently most famous for his YouTube channel. He is also popular on Instagram. During his basketball career, he played for teams such as Campbell Hall, Saint Louis Billikens, Central Michigan Chippewas, and Eastern Washington Eagles.

Today, McBroom is one of the most successful bloggers on YouTube, thanks to the channel, The ACE Family. He runs it with his fiancee, Catherine. The term ACE comes from the initials of Austin, Catherine Paiz, and their daughter, Elle.

What do you think about Austin McBroom’s net worth? Leave a comment below.

What is Madonna's net worth? Introduction As of , Madonna's...