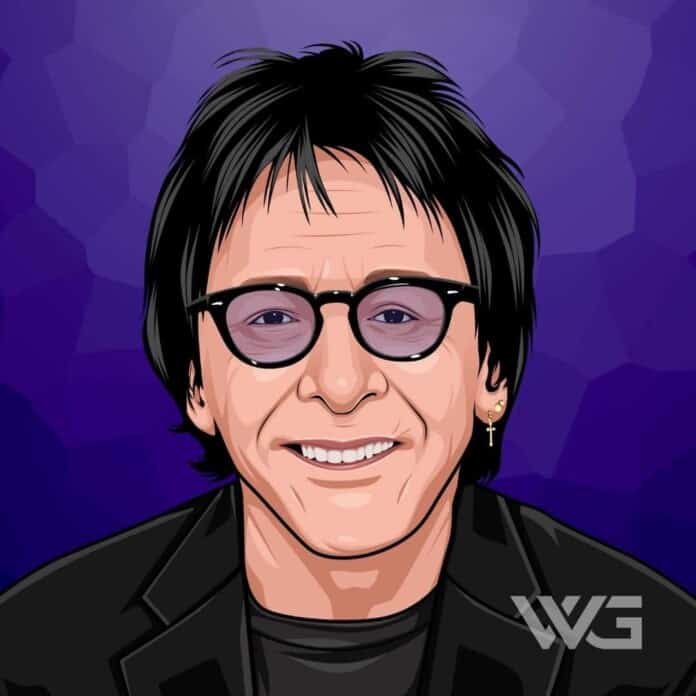 What is Peter Criss’ net worth?

Peter Criss is a musician and actor. Criss is the co-founder, drummer, and vocalist of the hard rock band Kiss.

He established the Catman character for his Kiss persona. He is known for his powerful voice.

In 2014, Criss was inducted into the Rock and Roll Hall of Fame.

George Peter John Criscuola was born on the 20th of December, 1945, in New York.

Criss is the oldest of five children of Joseph and Loretta Criscuolo. He grew up in Brooklyn, and he was a childhood friend with Jerry Nolan, who later found success as the drummer of New York Dolls.

Criss was an avid art student. He studied under his idol, Gene Krupa, at the Metropole Club in New York. He got in touch with the band Kiss after putting in an ad in Rolling Stone.

Criss started drumming for small bands in New York during the 1970s. He rose to fame when he took out an ad in Rolling Stone Magazine when he was looking for bandmates to form a new group.

Gene Simmons and Paul Stanley reached out to Criss, and they knew he had what they had been looking for. In 1973, the trio became the founding member of Kiss.

Kiss became the first group signed to Casablanca Records. Three of their albums was a record deal. Despite less than stellar record sales, they were gaining an excellent reputation.

As a result, a live album was recorded at Detroit’s Cobo Arena and released in 1975 as ‘Alive,’ which reached Gold record status. ‘Destroyer’ was released in 1976. It came with hits such as ‘Shout It Out Loud,’ ‘Rock and Roll All Nite,’ and ‘Detroit Rock City.’

This album was one of their most significant commercial success, and it reached the 7th spot on the Billboard Hot 100 and won a People’s Choice Award in 1977.

How Does Peter Criss Spend His Money?

Here are some of the best highlights of Peter Criss’ career:

“There’s not a day that goes by that I don’t bless myself with holy water and then get in my car and rub the medal of the Virgin Mary that she gave me and say a Hail Mary for my mother. And then I kiss her Mass card that’s right there on the dashboard.” – Peter Criss

“Musicians play music because you love… I loved to play drums since I was five. It’s all I ever wanted to do. Rock stars, or as we call them, posers, guys who want to just look great, dress great. They’re not musicians; they’re looking for the fame.” – Peter Criss

“It’s a younger generation running the show, and I miss the generation we had in the ’70s. They were really very honorable guys, like Neal Bogart and Bill Graham, people who will never be around again.” – Peter Criss

“There’s a lot of smoke being blown at you, but this is no new sport to me; I’ve been doing it a long time, I’m used to it and I see it coming immediately the minute it gets into our realm.” – Peter Criss

“I once had money to burn. I’d fly to Barbados for the weekend. I lived in a twenty-two-room mansion and had my pick of four luxury cars.” – Peter Criss

“There is no relaxing in KISS. I’ve been on the phone doing interviews all day. I finally got a chance to talk to my daughter from my previous marriage. I just got married May 3 to my beautiful wife, but we don’t see each other much.” – Peter Criss

Now that you know all about Peter Criss’ net worth and how he achieved success; let’s take a look at some of the best lessons we can learn from him:

We’re really in control; that’s the difference. We were out of control then.

And once the storm is over, you won’t remember how you made it through, how you managed to survive.

Don’t worry. Just create space for peace instead and breathe.

How much is Peter Criss worth?

Peter Criss’ net worth is estimated to be $5 Million.

How old is Peter Criss?

How tall is Peter Criss?

Peter Criss is a rock star and actor. Criss is best known for being one of the original members of the band, Kiss. Kiss has sold millions of copies of their music, and they are known to be one of the best rock bands in history.

He joined the band after he put in an ad in Rolling Stone. He left the band to pursue a solo career in 1980.

What do you think about Peter Criss’ net worth? Leave a comment below.

Discover how the American film producer and director Frank Marshall earned his huge net worth and redefined the summer blockbuster.