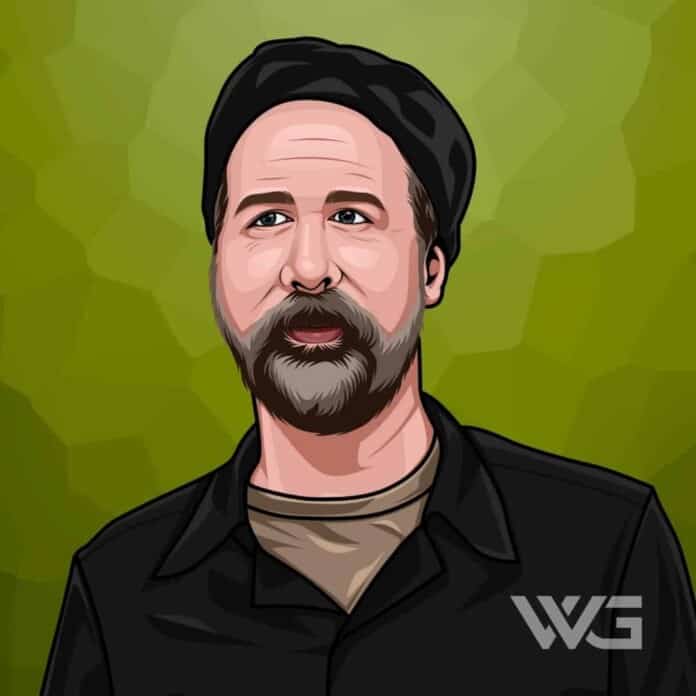 What is Krist Novoselic’s net worth?

Krist Novoselic is an American musician and activist.

Novoselic is best known as the bassist and founding member of the rock and Nirvana. The band disbanded following the death of its frontman Kurt Cobain. Novoselic formed Sweet 75 in 1995 and Eyes Adrift in 2002.

Between 2006 to 2009, he played in the punk band, Flipper. He contributed bass and accordion to the song ‘I Should Have Known’ by the Foo Fighters.

Krist Anthony Novoselic was born on the 16th of May, 1965, in Compton, California.

He is the son of Croatian immigrants Kristo and Marija Novoselic. Novoselic lived in Compton for one year before his parents moved to the ethnically Croatian Los Angeles neighborhood of San Pedro.

Novoselic has a younger brother and a younger sister. In 1971, his family relocated to Washington due to surging real estate costs in California. In 1980, his parents sent him to live with relatives in Zadar, Croatia. He returned to Aberdeen in 1981. He is partially fluent in Croatian.

Growing up, Novoselic found himself very fascinated by music. He listened to bands such as Led Zeppelin, Devo, Black Sabbath, Van Halen. He was a teenager when his brother introduced him to Kurt Cobain. Shortly after, the two started their own band, which they called Nirvana.

From 1987 to 1994, Novoselic rose to worldwide stardom. The band ended in 1994 when band member Cobain died due to a self-inflicted gunshot. Having difficulty recovering from the loss of a bandmate and friend with whom he had spent more than a decade.

In the post-Nirvana period, he formed Sweet 75 and then Eyes Adrift. He released one album with each band. He then went on to play in the punk band Flipper from 2006 to 2009.

Novoselic has contributed bass and accordion to the song ‘I Should Have Known’ from the Foo Fighters studio album ‘Wasting Light.’ In addition to his musical endeavors, Novoselic has been active politically.

Novoselic is the founder of the political action committee JAMPAC. From 2007 to 2010, he penned a weekly column on music and politics for Seattle Weekly’s website.

He has also served as board chair of the electoral reform organization FairVote.

How Does Krist Novoselic Spend His Money?

Novoselic lives in a beautiful home in Seattle, Washington.

Here are some of the best highlights of Krist Novoselic’s career:

“The only way you do anything is to become really active. And the most effective way to get your message to your elected representatives is to make campaign contributions and develop relationships with them.” – Krist Novoselic

“It felt like being in the center of the world, and I felt like I was a witness to history, and I knew that the whole world was watching on television. So, I could feel the collective consciousness of the world focused on this little strip of land called Seattle.” – Krist Novoselic

“I don’t know about the time those songs were written. But he was jamming with someone in Colorado or San Francisco, and I’m sure he was working on the lyrics right up to the show because they were really relevant for the situation.” – Krist Novoselic

“Just the other day, I pulled out this old cassette of Ragged Glory, and I popped it into my cassette player, and I was digging it. They were just a great rock and roll band, one that presents the song ahead of everything else – there’s no grand idea or concept behind it.” – Krist Novoselic

“This band is a real collaboration, and I’m grateful to anybody who can appreciate our music. It doesn’t have to be a certain kind of fan or person or anything. I think there’s a little bit of something for everybody on this record.” – Krist Novoselic

“The whole American political system needs shaking up. It’s like, prog rock was good, but in the ​’70s, certain bands became institutions. They needed the Sex Pistols to come along. That’s what American politics needs right now.” – Krist Novoselic

Now that you know all about Krist Novoselic’ net worth and how he achieved success; let’s take a look at some of the lessons we can learn from him:

If you’ve got a guitar and a lot of souls, just bang something out and mean it. You’re the superstar.

Be yourself and be strong. Life is not an easy ride.

How much is Krist Novoselic worth?

Krist Novoselic’s net worth is estimated to be $80 Million.

How old is Krist Novoselic?

How tall is Krist Novoselic?

Novoselic is most famous for being the co-founder and bassist for the Seattle-based band Nirvana. The band is an internationally successful group that disbanded after the death of the lead singer, Kurt Cobain. Novoselic continues to perform with other groups while also being politically active.

He was born in Compton, California.

What do you think about Krist Novoselic’s net worth? Leave a comment below.

Dillian Whyte is a professional boxer and two-time WBC interim heavyweight champion who has built a solid net worth with his fighting talents.