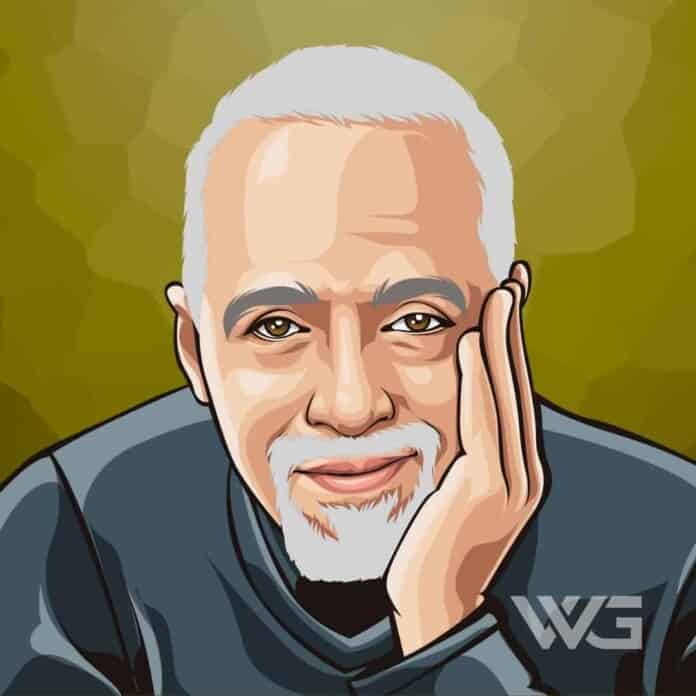 What is Paulo Coelho’s net worth?

Paulo Coelho is a Brazilian lyricist and novelist, best known for his novel The Alchemist. In 2014, he uploaded his personal papers online to create a virtual Paulo Coelho Foundation. Coelho is considered to be one of the greatest authors of all time.

Paulo Coelho de Souza was born on the 24th of August, 1947, in Rio de Janeiro, Brazil. As a teenager, Coelho wanted to become a writer. Upon telling his mother this, she responded, “My dear, your father is an engineer. He’s a logical, reasonable man with a very clear vision of the world.

Coelho enrolled in law school and abandoned his dream of becoming a writer. One year later, he dropped out and lived life as a hippie, traveling through South America, North Africa, Mexico, and Europe and started using drugs in the 1960s.

Once back in Brazil, he accepted a position as a songwriter for Elis Regina Rita Lee and Raul Seixas. His association with Raul made him familiar with magic and occultism. The military government even arrested Coelho once as his lyrics were considered left-wing and dangerous.

He was not satisfied with his career and tried his hands at a variety of professions before he finally became a writer. He had been an actor, journalist and theatre director. His first book ‘Hell Archives’ was published in 1982.

Coelho had a spiritual awakening on the trip and intuitively realized that it was time he started writing seriously. His novel ‘The Pilgrimage’ was published in 1987.

The very next year, he published ‘The Alchemist’ which would soon become his best-known book. The 1988 novel tells the story of a shepherd who has a recurring dream of finding treasure in Egypt.

He still writes regularly even though he is well into his 60s. Some of his more recent novels include ‘The Winner Stands Alone’, ‘Aleph’, and ‘Manuscript Found in Accra’.

Here are some of the best highlights of Paulo Coelho’s career:

“What is a teacher? I’ll tell you: it isn’t someone who teaches something, but someone who inspires the student to give their best in order to discover what they already know.” – Paulo Coelho

“When you find your path, you must not be afraid. You need to have sufficient courage to make mistakes. Disappointment, defeat, and despair are the tools God uses to show us the way.” – Paulo Coelho

“Close some doors today, not because of pride, incapacity or arrogance, but simply because they lead you nowhere.” – Paulo Coelho

“We need to forget what we think we are so that we can really become what we are.” – Paulo Coelho

Now that you know all about Paulo Coelho’s net worth, and how he achieved success; let’s take a look at some of the lessons we can learn from him:

1. The Secret To Life

The secret is here in the present. If you pay attention to the present, you can improve upon it. And if you improve on the present, what comes later will also be better. Forget about the future, and live each day according to the teachings, confident that God loves his children. Each day, in itself, brings with it an eternity.

At a certain point in our lives, we lose control of what’s happening to us, and our lives become controlled by fate. That’s the world’s greatest lie.

3. The Language Of The World

There is a language in the world that everyone understands: the language of enthusiasm, of things, accomplished with love and purpose, and as part of a search for something believed in and desired.

How much is Paulo Coelho worth?

Paulo Coelho’s net worth is estimated to be $500 Million.

How old is Paulo Coelho?

How tall is Paulo Coelho?

The world-famous author of several bestselling novels, Paulo Coelho is a novelist counted amongst one of the most widely read writers in the contemporary world.

A hugely popular author, he holds the Guinness World Record for having the most translated books by a living author. Today he is much loved for his books not just in his home country, but also across the world in over 150 other countries.

What do you think about Paulo Coelho’s net worth? Leave a comment below.