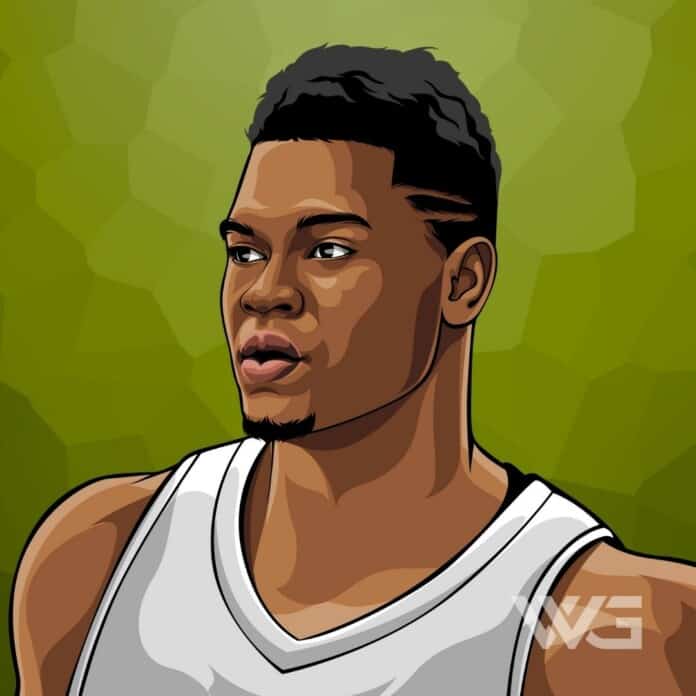 What is Zion Williamson’s net worth?

As of November 2022, Zion Williamson’s net worth is approximately $18 Million.

Zion Williamson is an American professional basketball player for the New Orleans Pelicans of the NBA. He was selected first overall in the 2019 NBA Draft by the Pelicans after a freshman-year stint with the Duke Blue Devils.

Zion Williamson was born on the 7th of July, 2000, in Salisbury, North Carolina. Williamson is the son to parents Lateef Williamson and Sharonda Sampson.

Born in an athletic family, Williamson learned basketball from his mother, at an early age. His father played professional football as a defensive lineman, while his mother was a pro sprinter.

In 2018, Zion’s professional career is yet to be started as he plays college basketball for Duke. He is projected to be the first pick player in the upcoming 2019 NBA Draft.

As a senior, he averaged 36.4 points and 11.4 rebounds per game, winning his third state title. Williamson was selected to play in the McDonald’s All-American Game and he also took part in the Nike Hoop Summit.

He also received a football scholarship offer from Louisana State University, who wanted him to be a tight end, but he did not show interest.

Here are some of the best highlights of Zion Williamson’s career:

“I was sitting in [rookie forward] Kevin Knox’s locker. I saw [former Knicks superstar Kristaps] Porzingis’s locker right when I walked in, but you know, outta respect for him—he’s a very great player, and hopefully, I can get to that level. He’s an MVP-caliber player.” – Zion Williamson

“No, not at all. I don’t know how to describe it. Everybody on the team—even though I’m closest with R.J., I can go hang out with Justin Robinson, Brennan Besser, Mike Buckmire… We all hang out with each other. There is no odd man out.” – Zion Williamson

“Coming in, we understood that yeah, we’re good, but freshmen don’t really win the national championship. You always need veteran support. We just learn from them. We take in everything we can.” – Zion Williamson

“I mean, we both understand the situation, but the only thing we can do is go out, play our best, try to win as a team because, at the end of the day, an NBA team is gonna pick who they want. You see some of these guys who’ll go for 40 points and stuff—but that doesn’t really affect your draft pick.” – Zion Williamson

“I’m not always gonna play 30-plus minutes, and that’s something I knew before I came here. So if I play 20 minutes, I’m not fazed by it at all, because that just comes along with being on a great team.” – Zion Williamson

Now that you know all about Zion Williamson’s net worth, and how he achieved success; let’s take a look at some of the lessons we can learn from him:

1. Risk is Only One Misstep Away

Freakish though the event was, the massively public sneaker malfunction (less than a minute into a much-anticipated Duke vs. North Carolina game) highlights the unexpected but serious nature of risk.

We often think of risk as being simply the province of insurance and investment companies, but that’s far from accurate.

All companies face risks, different ones depending on the nature of their environments. No matter the business, you can’t overestimate the value of sound, solid risk management.

2. You Can Never Take Quality for Granted

Whatever your business. Whether it’s microchips or jet engines or lettuce-growing or being a priest or writing articles for Forbes. It requires continual vigilance. Serious fault lines in quality have a way of being quickly exposed.

3. Avoid Teams Who Are Over-Reliant On One Key Player

Avoid teams ho have a clear weakness that can be exploited by smart opponents in high-stakes situations, or who have shown a history of crumbling under pressure.

These teams are fragile, making it tougher to run the table through a postseason.

Why purchase a vase that’s about to break?

How much is Zion Williamson worth?

Zion Williamson’s net worth is estimated to be $18 Million.

How old is Zion Williamson?

How tall is Zion Williamson?

Zion Williamson is best known for his speed and stamina. NBA player Kevin Durant described him as a “once-in-a-generation type athlete””. Basketball coach Roy Williams reportedly told Williamson that he is the best player since Michael Jordan.

What do you think about Zion Williamson’s net worth? Leave a comment below.