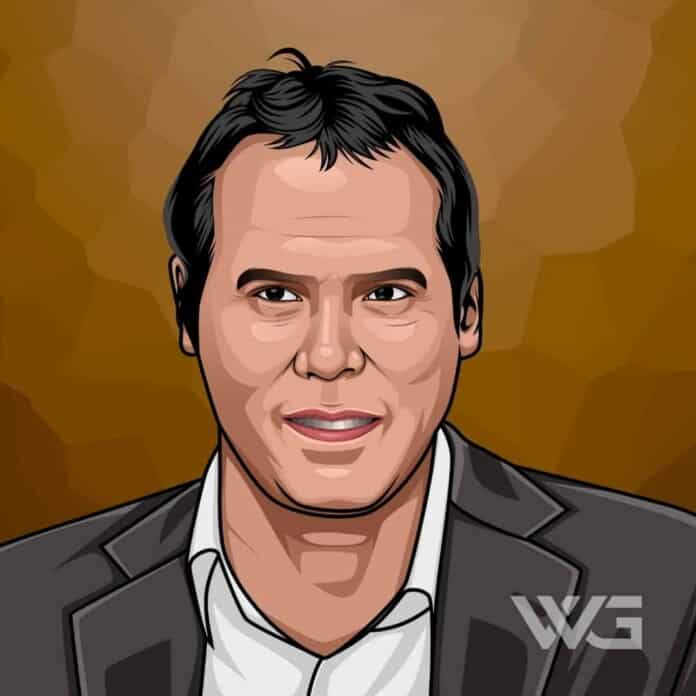 What is Stephen Sommers’ net worth?

Stephen Sommers is an American film director and screenwriter.

Sommers is best known for big-budget movies such as ‘The Mummy’ its sequel, ‘The Mummy Returns,’ ‘Van Helsing’ and ‘G.I. Joe: The Rise of Cobra’. Sommers also directed The ‘Adventures of Huck Finn’ and Disney’s live-action version of Rudyard Kipling’s ‘The Jungle Book.’

As of December 2022, Stephen Sommer’s net worth is estimated to be roughly $20 Million.

After graduating, Sommers spent four years performing as an actor in theater groups. He eventually retired to the United States and moved to Los Angeles. He attended the USC School of Cinematic Arts for three years.

Sommers rose to fame when he wrote and directed an adaption of Mark Twain’s classic ‘The Adventures of Huck Finn’ for Walt Disney Pictures, as well as Rudyard Kipling’s ‘The Jungle Book.’

He later wrote the screenplays for ‘Gunmen and Tom and Huck.’ When he worked as a staff writer at Hollywood Pictures, he worked on a script called Tentacle. He later directed under the title Deep Rising in 1998.

In 1999, Sommers wrote and directed the remake of ‘The Mummy.’ The film was a smash hit, and Sommers received two Saturn Awards nominations for Best Director and Best Writer in 2000 by the Academy of Science Fiction, Fantasy & Horror Films.

A few years later, he founded his own company, The Sommers Company, and returned to theater screens with Van Helsing, a film pitting legendary vampire hunter Gabriel Van Helsing.

He has been attached to several projects. He was originally set to direct ‘Night at the Museum’ but dropped out due to creative differences. His most recent film ‘Odd Thomas’ has been delayed from release due to lawsuits against the production company.

As of December 2022, Stephen Sommers’ net worth is estimated to be roughly $20 Million.

Here are some of the best highlights of Stephen Sommers’ career:

“I went in right upfront and said, This can’t be about some guy in bandages. Didn’t even want to do a horror movie. I took the concept and made a romantic adventure film. Action heroes who don’t take themselves too seriously. I wanted to make everyone take the mummy seriously, but it couldn’t just be a guy in bandages.” – Stephen Sommers

“There are four movies that got me into wanting to make movies: Journey to the Center of the Earth, 20,000 Leagues Under the Sea, The Swiss Family Robinson, and Jason and the Argonauts. Those are the movies that took me to different places when I was a kid. I fell in love with movies by watching those movies.” – Stephen Sommers

“Frankenstein’s monster is so iconographic, so my creature designers spent many, many months designing him. I said, ‘OK, he has to have a flat head, blots on his neck and Doc Martens on his feet, but other than – we can play with him.” – Stephen Sommers

Now that you know all about Stephen Sommers’ net worth and how he achieved success; let’s take a look at some of the lessons we can learn from him:

Quality means doing it right when no one is looking.

You always have two choices: your commitment versus your fear.

You can do anything, but not everything. Prioritize better.

How much is Stephen Sommers worth?

Stephen Sommers’ net worth is estimated to be $20 Million.

How old is Stephen Sommers?

How tall is Stephen Sommers?

Stephen Sommers is an American screenwriter and director. Sommers spent four years performing as an actor in theater groups and managing rock bands throughout Europe after graduating from college.

After that, he relocated to Los Angeles and attended the USC School of Cinema-Television for three years.

As of December 2022, Stephen Sommers’ net worth is estimated to be roughly $20 Million.

What do you think about Stephen Sommers’ net worth? Leave a comment below.