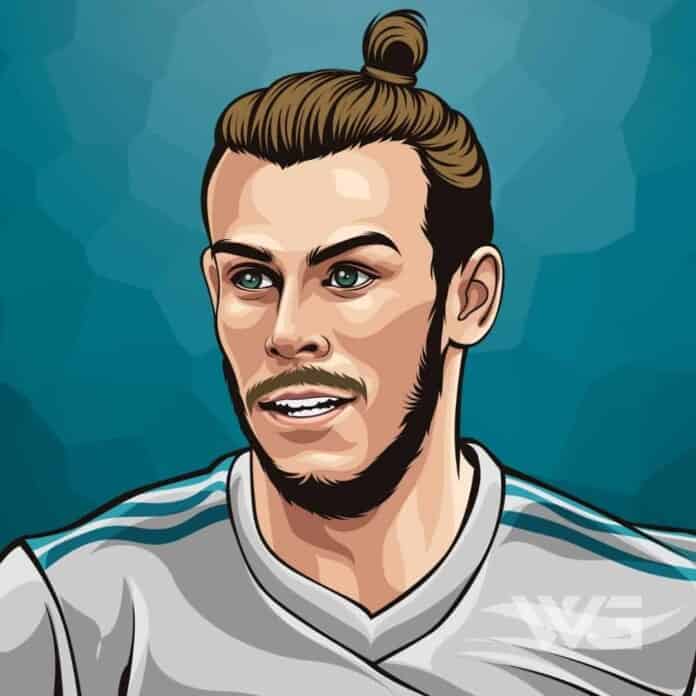 What is Gareth Bale’s net worth?

Gareth Bale is a Welsh professional footballer, who plays as a winger for Spanish club Real Madrid.

Bale has received plaudits from his peers, who have described him as a footballer with great speed, crossing ability, a great left foot, and exceptional physical qualities.

Bale is the son of Frank and Debbie Blake. His father worked as a caretaker in a local school, and his mother worked as a local operations manager. Bale was spotted by the scouts from the Southampton football club.

After finishing his education, he went to Whitchurch High School, where he attracted the attention of the authorities for his athletic skills.

After passing high school, Bale was drafted into the Southampton football club in 2006. He became the second-youngest player in the history of the club. Bale won the BBC Wales Young Sports Personality of the year, and he was seen as a free-kick specialist at the time.

Many other clubs showed interest in him for quite some time and finally, in the latter half of 2013, he decided to join Real Madrid. In January of 2014, it was finally relieved to be 100.8 million Euros, which was a world record at the time, surpassing Cristiano Ronaldo’s 94 million.

He impressed his new team and fans by scoring a goal on his debut against Villarreal. The 2016-17 season started with Bale signing a new agreement with the club which extended his stay at Madrid till 2022.

Bale was also set to represent Great Britain in the 2012 London Olympics. There was a controversy at the time with the Welsh football association, who chose not to be a part of the Great Britain team.

Bale was ready to defy his national association to be a part of the GB team but eventually, he had to pull out of the tournament due to a back injury.

Here are some of the best highlights of Gareth Bale’s career:

“When I was younger, I had some close friends who always loved European football, and Real Madrid at that time were the dominant force. I remember family holidays when we used to go to Spain, and we’d bring back replica shirts of Real Madrid and pretend to be the players when we played in the park.” – Gareth Bale

“As a kid, you obviously dream of being a professional footballer. I would watch players like Ronaldo of Brazil and pretend to be him in the playground. But I don’t think about trying to become one of the best in the world or anything like that. I just play football.” – Gareth Bale

“Now that sports science is more advanced, we know that there are so many off-pitch factors that can affect how good you can become.” – Gareth Bale

Now that you know all about Gareth Bale’s net worth, and how they achieved success; let’s take a look at some of the most motivational lessons we can learn from them:

The strength of your mind determines the quality of your life.

If you try anything, if you try to lose weight, or to improve yourself, or to love, or to make the world a better place, you have already achieved something wonderful, before you even begin.

Success is the result of perfection, hard work, learning from failure, loyalty, and persistence.

How much is Gareth Bale worth?

Gareth Bale’s net worth is estimated to be $145 Million.

How old is Gareth Bale?

How tall is Gareth Bale?

When someone plays for one of the biggest football clubs on the planet, there’s understandably much curiosity surrounding them among the fans. Bale has shown the world his speed and accuracy.

He has carved a niche for himself playing in a club that boasts of only the top players in the world.

What do you think about Gareth Bale’s net worth? Leave a comment below.

Former hockey winger Paul Kariya is known for being fast on the ice, and his talents have earned him millions in the NHL.