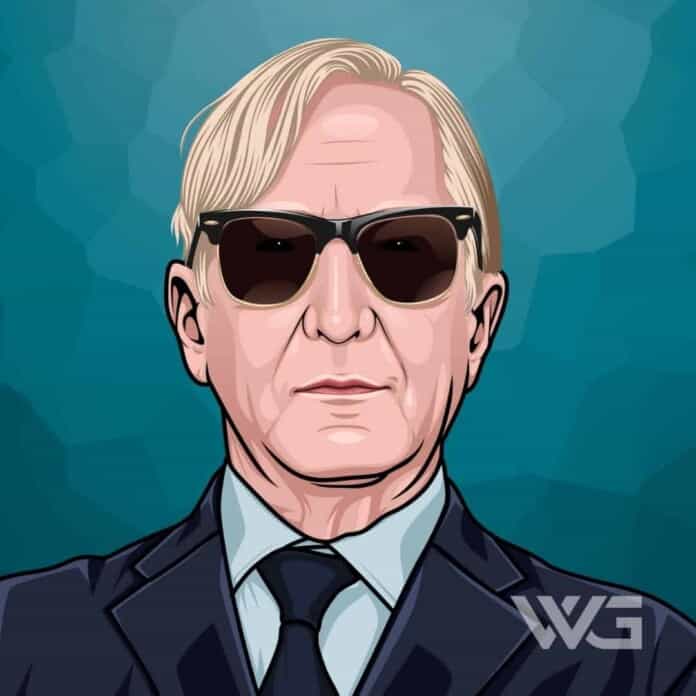 What is T-Bone Burnett’s net worth?

T-Bone Burnett is a record producer and songwriter.

Burnett rose to fame as the guitarist in Bob Dylan‘s band during the 1970s. Throughout his career, he has received multiple Grammy Awards for his work in film music, such as ‘O Brother, Where Art Thou?’ , ‘Cold Mountain,’ ‘Walk the Line’ and ‘Crazy Heart’.

As of November 2022, T-Bone Burnett’s net worth is estimated to be roughly $16 Million.

His grandfather worked as a secretary for the Southern Baptist Convention. Burnett was brought up in the Episcopal Church of his mother.

Burnett learned golf at a very young age. When he was 7 years old, he played at the Texas Christian University course. Burnett and the other kids occasionally watched him practice at the driving range.

Burnett produced and played drums on ‘Paralyzed’ which was a hit by the Legendary Stardust Cowboy. He was a part of the group Whistler, Chaucer, Detroit, and Greenhill. He appeared on ‘The Unwritten Works of Geoffrey, Etc.’

He and two other members of Dylan’s band, David Mansfield and Steven Soles formed The Alpha Band. They dropped three albums, ‘The Alpha Band,’ ‘Spark in the Dark’ and ‘The Statue Makers of Hollywood.’

In 1980, Burnett dropped his first Alpha band solo album, ‘Truth Decay’ which was produced by Reggie Fisher with Takoma Records. It was described by the Rolling Stone Record as “mystic Christian blues”.

He married Sam Phillips in 1989 and divorced in 2004. Burnett had produced many of her albums. In 2006, he married Callie Khouri.

As of November 2022, T-Bone Burnett’s net worth is estimated to be roughly $16 Million.

Here are some of the best highlights of T-Bone Burnett’s career:

“Listen, the story of the United States is this: One kid, without anything, walks out of his house, down the road, with nothing but a guitar and conquers the world. And we’ve done that again, and again, and again – Johnny Cash, Hank Williams, Bob Dylan, Bruce Springsteen, Jimmy Rogers, Howlin’ Wolf, Muddy Waters.” – T Bone Burnett

“I think, especially among the New York intelligentsia at that time, that there was a reason Bob Dylan went to New York to happen because there was a culture developed there around the ideas of civil rights, around the idea of democracy growing out of Emerson and Thoreau, these ideas of the fanfare for the common man.” – T Bone Burnett

“The record business is dangerous to the health of bands and individuals, which is something I’m just now learning. But it’s not dangerous in any of the ways people think; it’s not that they try to make you compromise your art. That’s not the problem.” – T Bone Burnett

“I naturally wanted to be saved, so when I came home I told my mom I wanted to be confirmed. That’s the way I related to it, being raised an Episcopalian. I went to Dallas and got confirmed.” – T Bone Burnett

Now that you know all about T-Bone Burnett’s net worth and how he achieved success; let’s take a look at some of the best lessons we can learn from him:

Music was the medium through which knowledge was passed from generation to generation.

How much is T-Bone Burnett worth?

T-Bone Burnett’s net worth is estimated to be $16 Million.

How old is T-Bone Burnett?

How tall is T-Bone Burnett?

T-Bone Burnett is a musician, songwriter, and record producer. Burnett has earned his net worth by producing records for many artists and composing soundtracks for movies. He is the founder of DMZ.

He earned his first credits in the world of music through record production. Burnett contributed to music as a drummer for the Legendary Stardust Cowboy’s hit ‘Paralyzed.’

What do you think about T-Bone Burnett’s net worth? Leave a comment below.