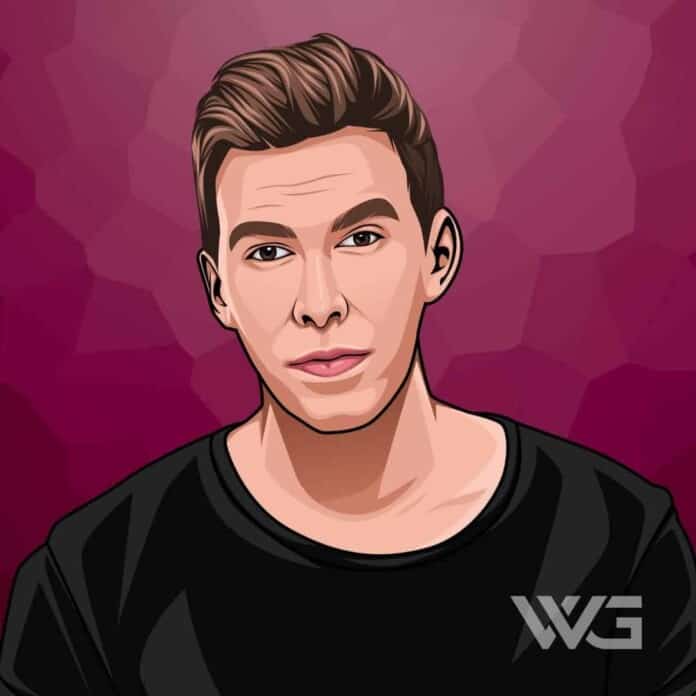 What is Hardwell’s net worth?

Hardwell is a Dutch DJ, record producer, and remixer from the Netherlands.

He is best known for his music festivals, including Ultra Music Festival, Sunburn, and Tomorrowland. He was voted the world’s number one DJ on ‘DJ Mag’ in 2013 and again in 2014. Today, he is considered to be among one of the best DJ’s in the world.

As of December 2022, Hardwell’s net worth is estimated to be roughly $23 Million.

Robbert van de Corput was born on the 7th of January, 1988 in Breda, Netherlands. Corput is the son of Anneke and Cor van de Corput. He was only four years old when he began taking piano lessons and started attending a music school.

Corput began performing as a hip-hop-DJ at the age of twelve and recorded his first electro songs simultaneously. He was highly influenced by the DJ and producer Tiësto.

In 2006, Hardwell released his first official single, ‘Play It Around,’ which became popular at German clubs. For the track, he combined his own style with the most popular musical genres.

He collaborated with Greatski on the song ‘Never Knew Love,’ which was released at the end of 2007 and became his first Top 40 hit on the official German single-charts.

Hardwell founded his own record label in 2010, ‘Revealed Recordings,’ which served as a launchpad for young talents releasing electronic dance music.

In 2011, he was a headliner at Tomorrowland and collaborated with the DJ duo W&W on the single ‘Jumper,’ which became the biggest club-hit of the year. Later that year, he catered to his growing big-room house fan base with ‘Countdown’ and released ‘Dare You’ with American singer Matthew Koma.

He made his final ‘I Am Hardwell’ performances in 2016 and released the seventh part of ‘Hardwell-presents-Revealed’ compilations, but again slipped one place to end at No.3 on the Top DJ list.

As of December 2022, Hardwell’s net worth is approximately $23 Million.

Here are some of the best highlights of Hardwell’s career:

“A lot has changed since those early years, but I suppose the most significant thing is the amount of time I am away from home nowadays. Back then I was a kid, still at school and living at home, whereas now I spend most of the year on the road, traveling from country to country performing at festivals and clubs around the world.” – Hardwell

“I’ve had so many… but if I have to pick one, then ending my first I Am Hardwell world tour and selling out Madison Square Garden in New York was something very special.” – Hardwell

“Guys like Chuckie, Laidback Luke, Ferry Corsten, Armin van Buuren, and many other Dutch DJs were all influential for me growing up. The Dutch scene was and still is very vibrant with incredible electronic music talent, which has always been inspirational to me.” – Hardwell

“Touring life can often be so busy it makes it difficult to visit places and do all the touristy things, but I’ve had the chance to visit Tokyo several times and see a lot of the city.” – Hardwell

Now that you know all about Hardwell’s net worth and how he achieved success; let’s take a look at some of the lessons we can learn from him:

1. Choose Kindness All The Time

Life is tough. Some people don’t get the breaks they want or deserve. Many would fight to insist that they are right. Insist on being kind instead.

Approaching each experience with a sense of interest and wonder can sustain your success.

Many people who have regrets quit when success was almost within reach because the way was too hard. Just keep going.

How much is Hardwell worth?

Hardwell’s net worth is estimated to be $23 Million.

How old is Hardwell?

How tall is Hardwell?

Hardwell dreamed of becoming the best DJ in the world when he was only 16 and achieved it at 25, thus fulfilling the motto of his life, “If you can dream it, you can do it”.

He has collaborated with numerous artists worldwide, including his idol and mentor, Tiësto.

What do you think about Hardwell’s net worth? Leave a comment below.