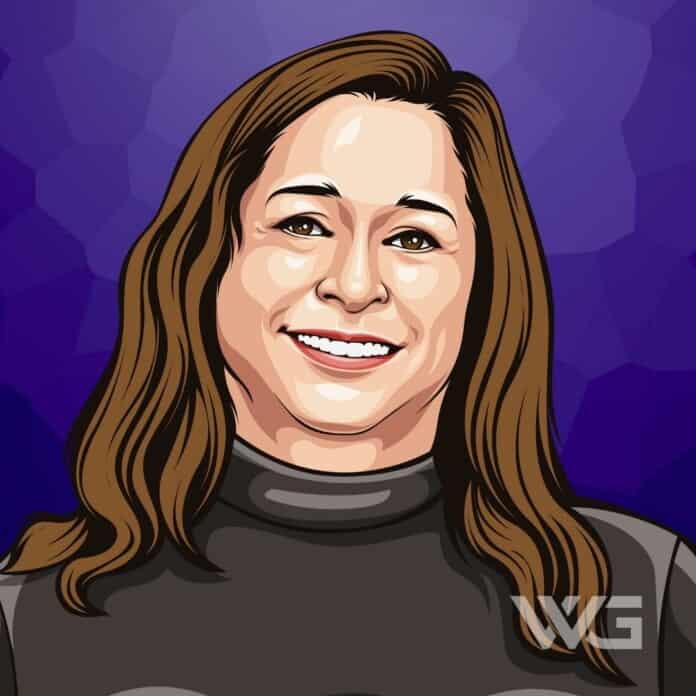 What is Abigail Disney’s net worth?

Abigail E. Disney is an American documentary filmmaker, philanthropist, and activist known for her documentary films focused on social themes. She is the Executive Producer and Director of the Emmy-winning film ‘The Armor of Light’.

Abigail Disney was born on the 24th of January, 1960, in California.

She is the daughter of Patricia Ann and Roy E. Disney and granddaughter of Roy O. Disney, co-founder of The Walt Disney Company with her great uncle Walt Disney.

While pursuing her Ph.D., Disney taught English and American literature at Iona College and wrote a dissertation on the role of romanticized violence in American life.

She turned to the family business of filmmaking with a documentary film, ‘Pray the Devil Back to Hell’, directed by Academy Award-nominated, Emmy-winning filmmaker Gini Reticker.

In 2007, she and Gini Reticker founded Fork Films, a New York-based production company that seeks to shed light, evoke compassion, stir action and build peace. She is the President and CEO, and Reticker is the Chief Creative Officer.

Disney executive produced ‘The Trials of Spring’ in 2015, a major documentary event that includes a feature-length documentary, six short films, articles by award-winning journalists, and an ongoing robust social media conversation about women and their unwavering quest for social justice and freedom.

Disney made her directorial debut with ‘The Armor of Light’, which follows pro-life evangelical minister Rev. Rob Schenck, Lucy McBath, the mother of teenager Jordan Davis, and John Michael Phillips.

Here are some of the best highlights of Abigail Disney’s career:

“My advice to female directors is not to wait until you feel like your ideas have been pre-certified or until you think you’ve gotten some approval for them. Then it’s too late! Follow your gut. That’s hard to do, but the only way to be original.” – Abigail Disney

“I worry that people will think that I have done what I’ve done just because I have access and resources. I hope people will know that I’m just as scared and lonely as anyone else!” – Abigail Disney

“My family achieved success not in spite of, but because of the American system of taxation. After all, without reliable and safe roads there’d have been no Disneyland; without high functioning legal systems and a well-regulated business environment, there would have been no copyright protection for Mickey Mouse.” – Abigail Disney

“Once we got to know each other, we had such similar impulses. We saw in a similar way, and we developed a strong friendship. We would talk on the phone for hours, philosophically and theologically, about all of these issues.” – Abigal Disney

Now that you know all about Abigail Disney’s net worth, and how she achieved success; let’s take a look at some of the best lessons we can learn from her:

1. Everyone is Creative, and Creativity is Not a Solo Act

We were all children once. By default, that means that we were all creative once.

Given the proper environment, we all still are. The greatest mistake a leadership team can make is dedicating “creativity” to one department, i.e. “the creatives.” Everyone is creative.

Go out of your way to break your routine, but do so strategically by leveraging the power of Alpha brain waves.

Being in a state of Alpha increases creativity, which is why your brilliant ideas come to you when you feel relaxed, such as while taking a shower, right before bed, while meditating, exercising, etc.

If you have children or are ever around children (or were ever a child), you know a child’s favorite question: “Why?”

And their second favorite: “Why?” And their third: “Why?” The point is that adults usually ask “Why?” a lot less than children.

How much is Abigail Disney worth?

Abigail Disney’s net worth is estimated to be $120 Million.

How old is Abigail Disney?

How tall is Abigail Disney?

Abigail Disney is an American filmmaker and scholar who is best known for the film”Pray the Devil Back to Hell”.

The movie, which documented the lives of women in Liberia, was made with Emmy Award-winning director Gini Reticker. Disney received an Athena Film Festival Award for her extraordinary use of film for social change.

She was a Woman of the Year Honoree at the 2015 Women’s Image Network Awards.

What do you think about Abigail Disney’s net worth? Leave a comment below.