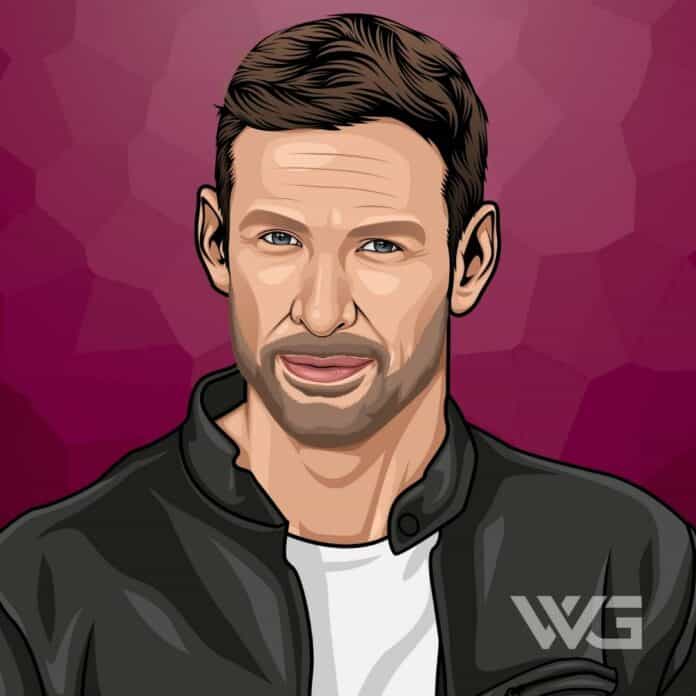 What is Jenson Button’s net worth?

Jenson Button is a British Formula One race car driver who has won several championships throughout his career.

After retiring from F1, he began racing Super GT, where he continued his winning streak.

He began racing from an early age, racing his BMX bike with friends and watching Formula One races with his father.

A huge fan of world champion Alain Prost, he attended Vallis First School and Frome Community College, racing in karting throughout his childhood.

Jenson Button followed his karting career with a move to junior single-seater car racing at the age of eighteen, winning several races, including the 1998 Annual Autosport BRDC Award.

He joined Williams in 2000, marking his entry into Formula One, competing in the Belgian and German Grand Prix events that year.

Button then moved to Brackley-based teams in 2003, competing against Michael Schumacher in the 2004 Malaysian Grand Prix.

His rise to fame came when he moved to McLaren and partnered with Lewis Hamilton, where he performed well and took his 1st pole for McLaren in Belgium.

While he officially retired in 2017, he raced in the Monaco Grand Prix the same year, deputizing for Fernando Alonso in a one-off return.

Button’s impressive net worth was enhanced by his work as a brand ambassador, including for the makers of some of the most expensive watches in the world, Tag Heuer.

As one of the richest athletes in the world, Jenson Button has taken home huge salaries year-on-year due to his world-class racing performances.

These earnings include an impressive $16.5 million annual salary for McLaren, with the star racer earning many millions more through sponsorships.

While his overall annual earnings aren’t known today, his salary is likely lower than at the peak of his career, although still a significant sum of money.

Jenson Button has seen his net worth continue to climb throughout his career, with several lucrative racing team deals significantly enhancing his earning capacity.

Much of his net worth is tied up in real estate, with the racer owning several properties over the years, including a mansion in Palm Springs, California, which he sold for $3.55 million.

His net worth will likely continue to grow in the coming years thanks to his ongoing involvement in motorsports and work as a brand ambassador.

Jenson Button has been involved in several relationships over the years, including with models Jessica Michibata and Brittny Ward and English singer Louise Griffiths.

Jenson Button’s professional career has seen him enjoy huge success, winning many races and championships over the years.

He’s been nominated and awarded many accolades that honor his achievements and is considered among his time’s best drivers.

Here are some of the impressive achievements from Jenson Button’s career:

These achievements are just a few highlights from an illustrious career that has seen Button receive many more accolades.

We can expect more awards to come his way as he continues to enjoy success while racing with the Super GT Series.

How Does Jenson Button Spend His Money?

As you might expect from a race car driver with his pedigree, Jenson Button can afford to collect the most expensive cars in the world and owns an impressive collection.

His collection includes a Ferrari 550 Maranello and F335 GTS, as well as a Porsche 911 Carrera and a Bugatti Veyron.

Button also owns a McLaren P1 supercar, which is fitting considering his long-running relationship with the high-profile manufacturer.

Jenson Button earned his place as one of the richest racing drivers in the world through his many championship victories.

He’s enjoyed an impressive career with many high points worth noting, spread across some of the most reputable racing teams in the world.

Here are some of the best highlights of Jenson Button’s career:

Few other professional racing drivers can claim the same level of success and career highs as Jenson Button.

With his ongoing involvement in motorsports events, we can expect to see many more highlights for Jenson Button in the future.

Over the course of his career, Jenson Button has conducted hundreds of interviews about his profession with the media.

These interviews have seen him share his unique insights into Formula One and how he handles being one of the most famous drivers in the world.

Here are our favorite quotes from Jenson Button:

Now that you know all about Jenson Button’s net worth, we’ll examine some of the ways his professional success can inspire us to improve our lives.

His dedication to motorsports as an F1 racer and Super GT rider can help us better motivate ourselves towards new accomplishments.

Here are some of the best success lessons to learn from Jenson Button:

1. Work On Your Mental Resilience

The better a person performs, the more pressure they feel to continue performing to the same high standard.

Build your mental resilience so you can keep your cool in the face of intense pressure.

Button’s collaboration with Lewis Hamilton through their deal with McLaren allowed him to take his career to the next level.

Working with a great team is a surefire way to improve your own potential way beyond what is possible alone.

Jenson Button has been a regular fixture in sporting media since his career began, with the racer appearing on British television on many occasions.

He understands the importance of building your brand and public image as a way to succeed further.

That wraps up this article diving into the personal life, professional career, and net worth of British race car driver Jenson Button.

His work with Lewis Hamilton has catapulted him into the public consciousness, with his ongoing racing career continuing to drive his net worth growth.

To ensure this article reflects the most accurate information, we’ll update it in the future, so be sure to check back again for the details.

What do you think about Jenson Button’s net worth? Leave a comment below.