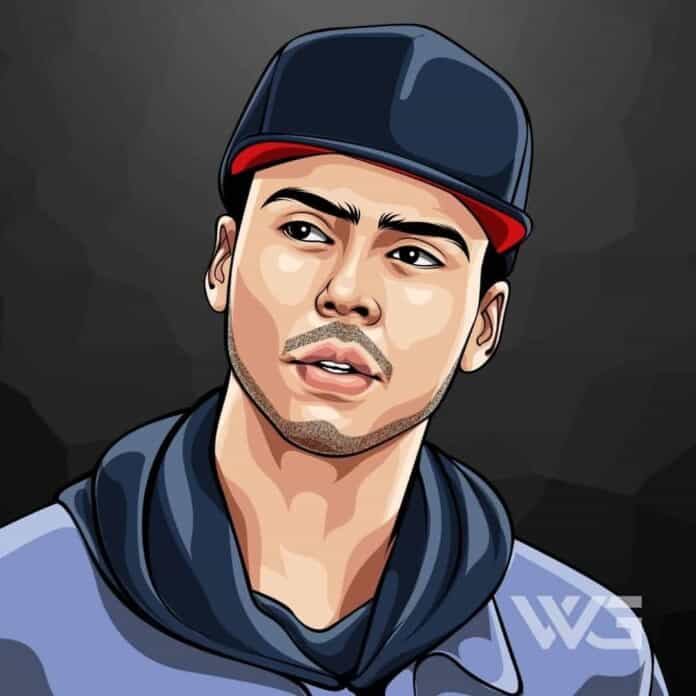 What is Quincy Brown’s net worth?

As of December 2022, Quincy Brown’s net worth is estimated to be roughly $4 Million.

Quincy Brown is an American actor and singer from New York. He starred in the 2015 film ‘Brotherly Love’, and released a music single “Friends First”. More recently, he is a regular on the television musical drama Star.

Quincy Taylor Brown was born on the 4th of June, 1991, in New York City. He is of African-American descent. His mother, Kim Porter, is an actress, and model. His father, Albert Joseph Brown III, is a singer, and rapper.

In 1994, when Brown was 3 years old, his mother started a relationship with Sean Combs, who is a singer, and rapper. Combs became a father-figure for Brown.

Quincy Taylor Brown made his debut appearance on TV, while he was a teenager. In 2008, he was featured in the show, ‘My Super Sweet 16,’ which was telecast on the ‘MTV’ channel. It was a show that focused on teenagers, whose parents arranged for lavish birthday celebrations.

In 2012, Brown started his career in modeling, by participating in the ‘Gaborone Fashion Weekend,’ held in Botswana. Brown has modeled for major brands such as ‘Luis Vuitton,’ ‘Off-White,’ ‘Rick Owens,’ and ‘Christian Louboutin.

He advertises brands through his social media accounts too. In 2015, Brown walked with Naomi Campbell, in the ‘New York Fashion Week,’ as a part of her campaign to spread awareness about Ebola virus. In 2012, Brown made his debut in movies, with the role of ‘Reggie,’ in the movie, ‘We the Party.’

Brown bagged a major role in the movie, ‘Brotherly Love in 2015.’ It was directed by Jamal Hill and produced by Queen Latifah. The movie revolved around the life of a basketball player, and his friends.

In 2016, Quincy Taylor Brown was chosen to be a part of the musical drama series, ‘Star,’ aired on the ‘Fox’ network. The series tells the story of three talented female singers.

Here are some of the best highlights of Quincy Brown’s career:

“My style is very versatile. It’s embedded with personality so my listeners may get to know me in the process.” – Quincy Brown

“This was definitely a fan favorite. This song takes a dive into a very vulnerable Quincy. So for the video, I wanted the art to visually take you through a swing of emotions. I teamed up with Stephen Garnet to make it happen.” – Quincy Brown

“It’s actually a perfect situation right now juggling both. It’s the beginning of the music so It works itself out. At least for right now. I am always doing something to nurture both so there are no days off.”  – Quincy Brown

“I studied as well but you can’t be “taught” to act. One of my teachers said to me once, “Acting really isn’t acting.” But as a kid, I was always putting on little plays and performing skits in the house with my cousins. Also, My Mee-Maw always had a movie on. Which got me familiar with certain actors she liked to watch. I would mimic them all the time and try to be like them.” – Quincy Brown

Now that you know all about Quincy Brown’s net worth, and how he achieved success; let’s take a look at some of the strongest lessons we can learn from him:

Our time is short. We could die at any time. Use your time wisely and never give up on your goals and dreams.

There is the line that goes, “Too much of a good thing is bad.” Focus on quality instead of quantity, be it in about the things you own or the activities you do.

3. You Will Not Always Get What You Wish For

But you will always be given what you need at the right moment. Be patient.

How much is Quincy Brown worth?

Quincy Brown’s net worth is estimated to be $4 Million.

How old is Quincy Brown?

How tall is Quincy Brown?

Quincy Brown is an American actor, director, singer, and entrepreneur. He has performed in some other movies such as ‘Dope,’ and ‘Christmas Calendar’ too. Quincy Taylor Brown has made a mark as a musician also.

Brown has become successful as an entrepreneur also. He founded the company, ‘FourXample.’

As of December 2022, Quincy Brown’s net worth is estimated to be $4 Million.

What do you think about Quincy Brown’s net worth? Leave a comment below.