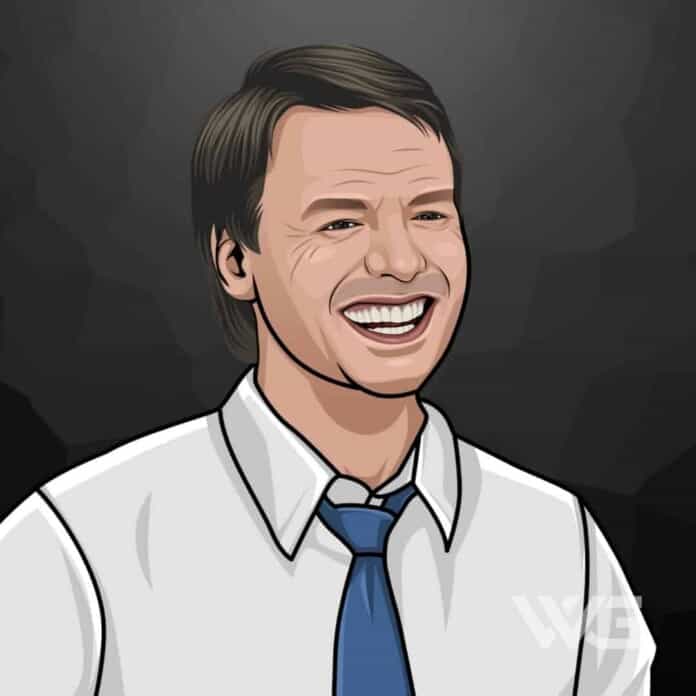 What is John Edwards’ net worth?

John Edwards is an American lawyer and former politician.

Edwards opted to retire from the Senate and focus on a Democratic campaign in the 2004 Presidential election.

Edwards is the son of Wallace Reid and Catharine Juanita “Bobbie” Edwards. The family attended a Baptist church.

Edwards was a football star in high school. He was the first person in his family to attend college. He attended Clemson University for one semester before transferring to North Carolina State University.

Edwards is a former US Senator from North Carolina. He earned a law degree from the University of North Carolina in 1977. After his graduation, it took him 20 years to make a name for himself as a trial lawyer.

In 1998, he embarked on his first run for political office, ending with a win over incumbent Republican Lauch Faircloth. He became North Carolina’s junior senator.

Edwards went on to run for the Democratic party’s presidential nomination in 2004. He surprised his political opponents with his strong run, which ended with John Kerry getting enough primary wins to clinch the nomination.

In 2005, Edwards joined the Wall Street investment firm Fortress Investment Group as a senior adviser and consultant. Fortress owned a major stake in Green Tree Servicing LLC which rose to prominence in the 1990s.

In 2007, The Wall Street Journal reported that a portion of his family assets was invested in Fortress Investment Hrpup which in turn invested a portion of its assets in subprime mortgage lenders. Upon learning of Fortness’s investments, he divested funds and stated that he would try to help the affected families.

A few years later, Edwards made a second bid for the Democratic nomination during the 2008 presidential campaign. His career in recent years has been marked by many embarrassing controversies and legal problems.

Here are some of the best highlights of John Edwards’ career:

“South Carolina, as a matter of compromise, displays the Confederate flag on a flagpole in front of the state capitol. Because I grew up in the South and believe that the Confederate flag is a very divisive symbol, I have stated publicly several times that I believe that South Carolina should remove the flag from the state capitol grounds.” – John Edwards

“I actually defeated an incumbent Republican senator who was part of the Jesse Helm’s political machine in North Carolina, the result of which is I’m now the senior senator from North Carolina instead of Jesse Helms, which is a very good thing for this country.” – John Edwards

“I went from being a senator, a young senator, to being considered for vice president, running for president, being a vice presidential candidate, and becoming a national public figure. All of which fed a self-focus, an egotism, a narcissism that leads you to believe that you can do whatever you want.” – John Edwards

“There’s no question that I’ve done wrong. I take full responsibility for having done wrong. I will regret for the rest of my life the pain and the harm that I’ve caused to others. But I did not break the law.” – John Edwards

“In 2006, 2 years ago, I made a very serious mistake. A mistake that I am responsible for and no one else. In 2006, I told Elizabeth about the mistake, asked her for her forgiveness, asked God for his forgiveness.” – John Edwards

“I’ve never paid a dime of money to any of the people that are involved. I’ve never asked anybody to pay a dime of money, never been told that any money’s been paid. Nothing has been done at my request. So if the allegation is that somehow I participated in the payment of money — that is a lie.” – John Edwards

Now that you know all about John Edwards’ net worth and how he achieved success; let’s take a look at some of the lessons we can learn from him:

Do not try to impose any personal faith and belief on the rest of the country. It’s not appropriate.

Stay strong and never stop believing in your dreams.

How much is John Edwards worth?

John Edwards’ net worth is estimated to be $50 Million.

How old is John Edwards?

How tall is John Edwards?

John Edwards is an American politician who first became internationally notable when he wad the Democratic vice presidential nominee in 2004.

What do you think about John Edwards’ net worth? Leave a comment below.