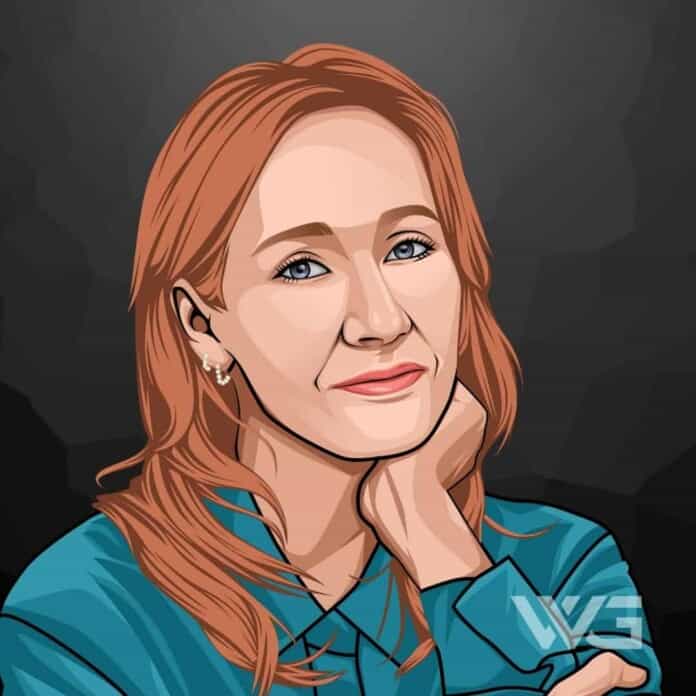 What is J.K Rowling’s net worth?

Rowling started from the bottom, and is a pure example of rags to riches. Her story is not just inspiring but is full of practical lessons as well.

Born and brought up in the UK, Joanne Rowling, better known as J.K. Rowling, faced her own share of problems right from her childhood to well into her adult years too. Following this, she went on to entertain the world with her set of magical stories.

Rowling graduated by earning a B.A. in French from The University of Exeter.

Post this, she worked as a researcher in London before moving to Manchester. Due to her expertise in the language, she was later enrolled in an advertising assignment which caused her to move to Portugal. She later married a Portuguese and had a daughter in the latter half of 1993.

However, Rowling’s marriage didn’t last long. While her daughter was still an infant, the couple split up, casing Rowling to return home to the UK to her sister. The marriage was an abusive roller-coaster for her which ended up pushing her into clinical depression.

When she believed to have hit a dead-end with no stable life even after 7 years of graduation, Rowling contemplated committing suicide too.

The third book of the Harry Potter series introduces ‘Dementors’ or soul-sucking creatures. The inspiration for dementors for J.K. Rowling were her own thoughts that ran about in her mind when she was battling with depression and suicidal tendencies.

The first few chapters of her first book were typed on an old-style manual typewriter at her home. Following this, she always preferred to continue her writing in cafes because that gave her an opportunity to let her baby out for walks too.

In early 1995, J.K. Rowling completed her first book of the Harry Potter series and asked a reader to review the first three chapters.  Since the response was overwhelming, she decided to try her hand at publishing.

She sent out drafts of her book to 12 publishing houses in London and was rejected by them all. A year later, one publishing house in London decided to publish The Harry Potter and the Philosopher’s Stone; and Rowling was given a cheque of £1500 in advance.

The success of the first book was overwhelming and was later even published in the USA under the name ‘Harry Potter and the Sorcerer’s Stone.’ J.K. Rowling wasn’t so fond of the change but couldn’t do much about it due to her weak financial position at that time.

‘Harry Potter and the Goblet of Fire’ was released in the year 2000, and went on to sell 3 million copies within the first 48 hours of its release, breaking all records.

The fifth installment of the series ‘Harry Potter and the Order of the Phoenix’ came out 3 years later making everyone believe that Rowling had struck a writer’s block when she hadn’t.

The journey made J.K. Rowling a tremendous amount of money and fame. She also helped launch many actor’s careers, including Daniel Radcliffe and Emma Watson.

J.K. Rowling has written plenty of books to suit children and teens as well as adults. She has produced the Harry Potter film series. She has tried her hand at young adult fiction and fantasy drama too. But Harry Potter remains her best venture to date.

“Happiness can be found, even in the darkest of times, if one only remembers to turn on the light.” – J.K. Rowling

“It does not do to dwell on dreams and forget to live.” – J.K. Rowling

“It is our choices…that show what we truly are, far more than our abilities.” – J.K. Rowling

“Whether you come back by page or by the big screen, Hogwarts will always be there to welcome you home.” – J.K. Rowling

“There is no good or evil: only power and those too weak to seek it.” – J.K. Rowling

“Dark and difficult times lie ahead. Soon we must all face the choice between what is right and what is easy.” – J.K. Rowling

“It is the unknown we fear when we look upon death and darkness, nothing more.” – J.K. Rowling

View our larger collection of the best J.K. Rowling quotes!

How much is J.K Rowling worth?

J.K Rowling’s net worth is estimated to be $1 Billion.

How old is J.K Rowling?

How tall is J.K Rowling?

J.K. Rowling happens to be, perhaps, the only billionaire to have lost their ‘billionaire’ tag due to immense donations and charitable activities. This goes on to prove that Rowling is a gem of a lady and deserves every bit of success that she earned, especially after what she went through.

A challenging life coupled with the desire to leave her mark on the world, Rowling’s intentions were always crystal clear. Although she had nobody to fall back upon, she managed to take a stance and fought her way out.

The loss of her mother in the middle of her writing did indeed affect her story-telling to some extent, but also left her an opportunity to portray her emotions through Harry’s in the wake of it.

Although it may seem untrue, J.K. Rowling has single-handedly managed to shape the minds of an entire generation with her magical story, and will continue to be remembered as the creator of Harry Potter.

What do you think about J.K Rowling’s net worth? Leave a comment below.