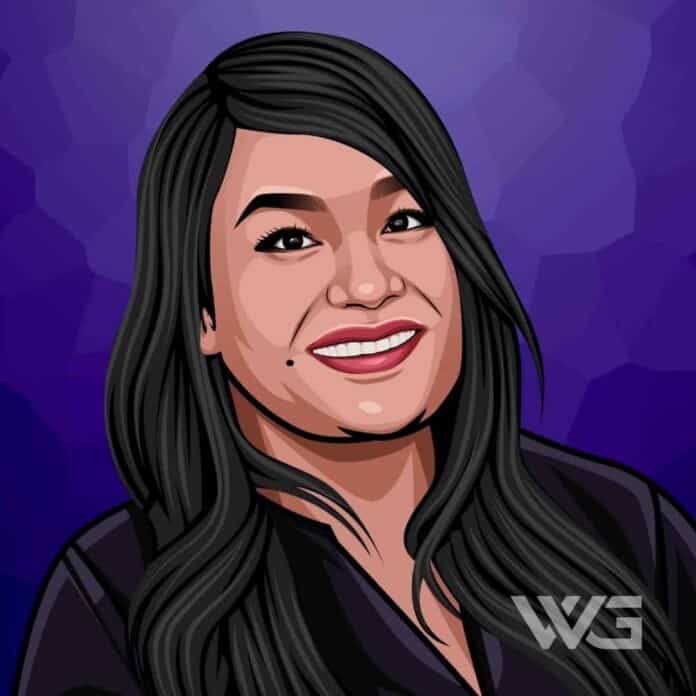 What is Suzette Quintanilla’s net worth?

Her late sister Selena, known as “the Queen of Tejano music,” performed until her murder in 1995. Quintanilla ended her musical career following her sister’s death. Along with her family member, she attended her sister’s star ceremony on the Hollywood Walk of Dame in 2017.

Suzette Quintanilla was born on the 29th of June, 1967, in Texas. Quintanilla is the daughter of Abraham Quintanilla Jr. and Marcella Ofelia Samora. Her father is a singer and songwriter who had encouraged his children to play music.

She is the middle child of her parents, and she grew up to become a successful musician and singer. She and her siblings were raised as Jehova’s Witness.

Quintanilla and her siblings inherited a passion for music from their father. In 1980, she began performing with her siblings after her father opened his first restaurant in Texas.

She played drums while her brother played bass guitar. The restaurant was forced to close the following year after a recession caused by the 1980s oil glut. They began performing on street corners, weddings, and quinceañeras.

Her father formed the band ‘Selena y Los Dinos. While they initially struggled to earn enough money to run the car, the band’s popularity grew, and they were signed for a record deal with Freddie Records.

Their album ‘Munequito De Trapo’ was promoted and showcased in the ‘Tejano Music Awards,’ where Selena won the first of her eight consecutive ‘Female Vocalist of The Year’ awards.

They released three more albums, including ‘And The Winner Is…’, ‘Preciosa,’ and ‘Dulce Amor.’ Before Selena signed as a solo artist, Suzette continued to perform with her family band until Selena’s death in 1995.

Here are some of the best highlights of Suzette Quintanilla’s career:

“The difference is that the series is about the actual journey of us being a family, struggling to understand and figure out this musical part of us that we didn’t really realize that we had.” – Suzette Quintanilla

“To me, at the end of the day, it’s about the story, and not one person on this Earth is going to look exactly like my sister and act like my sister. It’s not just about physically what you look like. It’s about what you can deliver in regards to what the story is all about.” – Suzette Quintanilla

“This series is more about all the questions, the little things that Selena’s fans have been asking throughout the years like, ‘Why was this song created or why this?” – Suzette Quintanilla

It’s more about filling in the full story of our journey and hopefully inspiring those who are going on a journey of their own. And whatever their dream is, to understand this was not a rise to fame right away. It was not like that. It took quite a bit of year and a lot of hardship as a family and being able to get where we were before she was ultimately taken from us.” – Suzette Quintanilla

“Love this pic I came across of my sister and I in Mexico. Guys, MY VEST! WT??? I’m confused as to WHYYYYY did I think this would be cool to wear. This is definitely up there with the pics of my hair looking super teased to look likes a big BALL! But know what? “ – Suzette Quintanilla

Now that you know all about Suzette Quintanilla’s net worth and how she achieved success; let’s take a look at some of the lessons we can learn from her:

Positive thinking is the notion that if you think of good thoughts, things will work out well. Optimism is the feeling of thinking things will be well and be hopeful.

2. Having a Positive Attitude

You keep a positive attitude no matter what comes your way. You can overcome anything.

Be self-motivated. If you’re motivated for yourself, you can be your own safety and your own positive energy.

How much is Suzette Quintanilla worth?

Suzette Quintanilla’s net worth is estimated to be $3 Million.

How old is Suzette Quintanilla?

How tall is Suzette Quintanilla?

Suzette Quintanilla is a Mexican-American musician. Quintanilla is the sister of Selena and the drummer for the band Selena y Los Dinos. She got interested in music when she was a kid. She started to play with the band ‘Los Dinos.’ When she was a teenager, she began performing with her siblings after their father opened his first Tex-Mex restaurant.

What do you think about Suzette Quintanilla’s net worth? Leave a comment below.