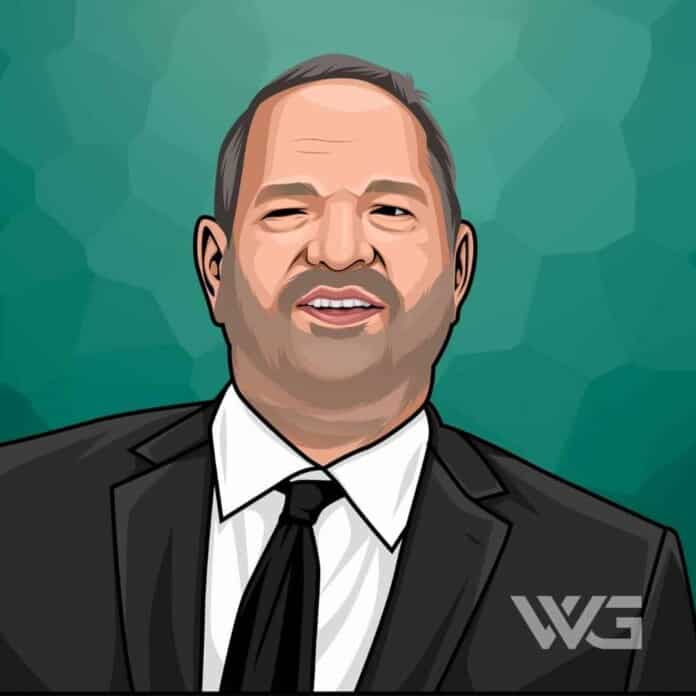 What is Harvey Weinstein’s net worth?

As of December 2022, Harvey Weinstein’s net worth is estimated to be $25 Million, a dramatic reduction from what was once a $300 million net worth.

Harvey Weinstein is an American convicted sex offender, former film producer, and the co-founder of the Miramax entertainment company.

In spite of the advancements and contributions he made in the film industry, Weinstein’s career came to a halt when dozens of women came forward to accuse him of sexual misconduct in 2017.

After these allegations, he was dismissed from his own company.

In February 2020, Weinstein was convicted and sentenced to 23 years in prison.

Harvey Weinstein was born on March 19, 1952, in New York. He was enrolled in the State University of New York at Buffalo and graduated in 1973.

He has one younger brother with whom he founded his film production company, Miramax in 1979.

In 1979 Harvey and Bob Weinstein established Miramax Films (named after their parents Mariam and Max) using the profits from their small concert promotion business.

Miramax Film Corp. started in its early days by purchasing the rights to small independent films and dispensing them. In the early 1980s, the company released ‘The Secret Policeman’s Other Ball’ which became their first successful endeavor.

In 1989 Weinstein’s company released the film ‘Sex, Lies, and Videotape’ which was their most successful film yet, and put them on the map as one of the most triumphant independent studios in America.

In 2017, multiple women came forward accusing Weinstein of sexual misconduct. A year later, Weinstein was arrested, and in 2020, he was convicted and sentenced to 23 years behind bars.

Here are some of the best highlights of Harvey Weinstein’s career:

“I always find that when I do something that I like, from my heart, then it works.” – Harvey Weinstein

“They keep the old business. We keep the ongoing business.” – Harvey Weinstein

“First of all, I never make a movie for awards consideration.” – Harvey Weinstein

“I don’t have to agree with everything a candidate does to support him.” – Harvey Weinstein

“I wanted to do something inspirational for my children.” – Harvey Weinstein

3 Rules For Success from Harvey Weinstein

Despite his crimes, Weinstein had a huge impact on today’s film industry and he found success living by these rules:

1. Do what you’re passionate about

People will always expect things from you but in the end, it’s your life and your happiness and passion are what really matter. Don’t do things just because it’s what others expect from you. Follow your passion!

If you live your life worrying about everyone’s approval you’ll never get anything done. You don’t need reassurance to know you’re on the right track.

Sometimes it seems easier to play it safe and avoid taking risks. However, sometimes taking a risk can lead to your greatest triumph.

How much is Harvey Weinstein worth?

Harvey Weinstein’s net worth is estimated to be $25 Million.

How old is Harvey Weinstein?

How tall is Harvey Weinstein?

Harvey Weinstein is one of the most influential film producers of our time. His film production company Miramax is a keystone to the independent film industry and has brought major attention to many underrated films.

Unfortunately, that legacy has been forever tainted by his crimes.

As of December 2022, Harvey Weinstein’s net worth is estimated to be $25 Million.

What do you think about Harvey Weinstein’s net worth? Leave a comment below.