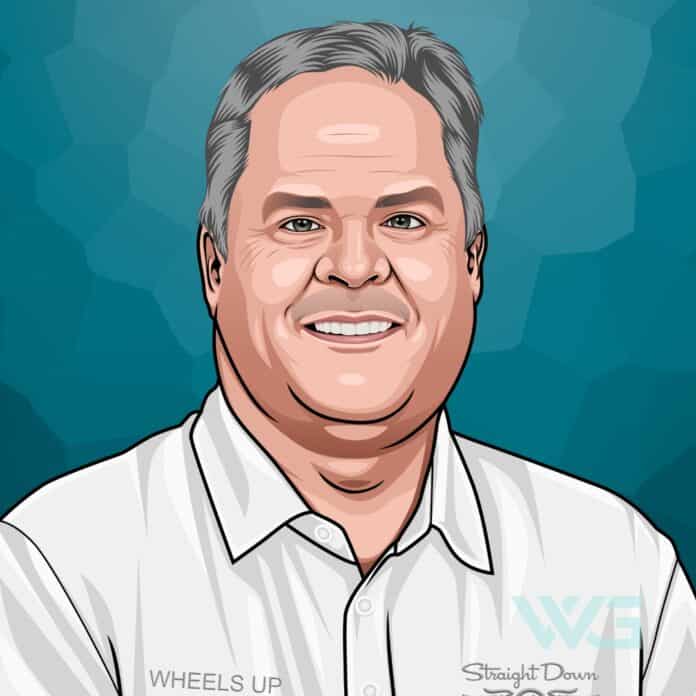 What is Kenny Perry’s net worth?

James Kenneth Perry, or Kenny Perry for short, is an American professional golfer.

He won multiple PGA tours and, in turn, has made quite a name for himself in the golfing world.

All though he hasn’t won any major championships in his career, he is still one of the all-time highest PGA tour money winners and shows that you don’t have to be the best to make a lot of money from golf.

Kenny attended Franklin-Simpson High School, despite being born in Elizabethtown, and attended Lone Oak High School when the family relocated to McCracken County.

When he was seven years old, he started playing golf and it was obvious that he had a knack for the game.

As he got older and more serious about the sport, Kenny joined the golf team at Lone Oak High School.

Kenny’s professional career began in 1982, although he was unable to join the PGA Tour on his first two tries as the first time, he was one stroke away from doing so.

The second time, he received a phone call informing him that his wife was giving birth and he had to leave the qualifying round, but the third time proved to be the charm.

He borrowed $5,000 from a Franklin businessman with the caveat that he donated to a Lipscomb University scholarship if his attempt to get a PGA Tour card one last time proved successful.

At Q-school, he tied for forty-first place, earning his card with a two-shot advantage. Perry and his sponsor settled on a percentage of 5%, and Perry has since kept his promise to Lipscomb by providing a scholarship for citizens of Simpson County, Kentucky.

Unfortunately, Kenny couldn’t catch a break on the tour and was only a spot over the qualification line for many years, achieving his first victory by winning the Memorial Tournament in Dublin, Ohio in 1991.

Three years later, he was crowned the best golfer at the New England Classic at Pleasant Valley Country Club in Sutton, Massachusetts, further boosting his fortunes.

He won three championships in 2003, including his second Memorial Tournament and a victory at the Greater Milwaukee Open, making it one of his greatest years on the tour.

Sadly, the following years were dry, and Kenny didn’t win another match until the 2008 Buick Open, when he snatched victory from Bubba Watson and Woody Austin by one stroke.

He kept up his winning ways through 2009, winning more championships, such as the Travelers Championship in 2009, the FBR Open in 2008, and the John Deere Classic.

Kenny joins the likes of Jack Nicklaus, Phil Mickelson, Nick Faldo, Greg Norman and Tiger Woods as one of the richest golfers in the world, despite not having the expected win record.

In 2003, Kenny won consecutive tournaments at the Bank of America Colonial and the Memorial Tournament, scoring a third-round 61, a career low.

He took home the Bob Hope Chrysler Classic title in 1995 with a scorching round, but then faded a little over the next few years.

Perry is the winner of 12 career tournaments and appears ninth on the all-time earnings list.

He’s managed to win over $26 million in his time as a professional golfer and many times that, when you take into account his endorsement contracts and sponsorships.

Kenny Perry is a laid-back guy who is happy to shoot the breeze with old friends and tends not to hog the limelight.

He may be a multi-millionaire, but he’s happy to live in the tiny town of Franklin where he grew up, and where his grandfather was once the mayor.

Here’s a breakdown of Kenny Perry’s annual net worth:

When his kids were growing up, he used to help coach their teams when he wasn’t on the Tour.

Even now, he still offers advice and pays for equipment and training for the high school golf team.

Perry and his wife Sandy Perry have three kids together; Lesslye (Harris), Justin, and Lindsey.

His son, Justin, caddied for his father on several occasions and was a member of the golf team at Western Kentucky University.

After a protracted fight with multiple myeloma, a cancer of the plasma cells in the bone marrow, his mother Mildred passed away on October 1, 2009. She had reached the age of 79 and passed away at her home in Franklin while receiving hospice care.

In Franklin, Kentucky, Perry serves as a deacon and a member of the Franklin Church of Christ.

Over the years, Kenny has played every major tournament in golf and has achieved a consistent win rate that places him on top of the earnings leaderboard.

He was honoured in 2002 by the PGA Tour, who hold him in high regard for his contribution to golf and the way he has represented himself as a professional golfer throughout the world.

Here are some more memorable moments from Kenny Perry’s career:

Despite his age, Perry is still competitive and continues to play with the gusto and vigor of an athlete half his age.

His competitive spirit is still burning strong, and he is idolized by the fans and ordinary people who play golf.

How Does Kenny Perry Spend His Money?

Kenny is all about giving back and helping people. He’s a man of strong Christian faith and, as a deacon in his church, feels a strong compulsion to serve his community.

He obtained a $2.5 million loan in 1995 to buy 142 rural acres and created the sole public course in his tiny hometown of Kentucky. He gave it the name Country Creek that his daughter suggested.

Kenny is big on helping out, especially when it comes to children, so along with giving his wife’s college the David Lipscomb scholarships, he also supports his hometown charities.

Kenny’s passion is Chevrolet motor cars, the faster and louder the better. He remarked that he had to be good out on the fairway so that he can indulge his love of American muscle cars.

He has a massive collection of some of the most expensive cars in the world sitting in his garage, many of which he’s rebuilt himself.

Perry almost didn’t make it onto the tour as he had exhausted his funds and there was no sponsorship on the horizon.

An old friend lent him the $5,000 he needed to give it one more try and the rest is history.

Here are some of the best highlights of Kenny Perry’s career:

He was then able to play with one of most expensive golf balls in the world that gave him extra distance off the tee and more greenside control.

Kenny Perry is an old-school kind of guy whose values are small-town and his word is his bond.

His friends, neighbors, and opponents all attest to his character and good-natured ways. His unwillingness to fight for time to warm up before a playoff resulted in him losing a major tournament.

But he didn’t complain, that is just not his way of doing things, as he’d rather go quietly without any fuss and bother.

Here are our favorite quotes from Kenny Perry:

Kenny always had a burning desire to be a successful golfer. Coming from a small town, many people said he’d just not be able to make it.

But Kenny has a strength of character that just won’t quit and always wanted to prove the nay-sayers wrong.

Now that you know all about Kenny Perry’s net worth, here are some of the best success lessons to learn from Kenny Perry:

Kenny Perry is a talented golfer, but he’s had his ups and downs, especially when he was first getting started.

It took guts and determination and the willingness to go above and beyond to make his dreams come true.

2. Honor The Spirit Of Giving

Kenny owes much of his good fortune to a friend who put up the money for Q school so that he could get on the Tour.

Since that day, he’s given 5% of his earnings as agreed, to a scholarship fund and will continue to do it until he is no longer playing.

3. Remember Where You Come From

For Kenny, going home to Franklin is like a big sigh of relief after the stress of playing on the tour.

It is there, where he can relax and be himself, that he realizes that he is nothing special, he’s just Kenny.

Perry has shown undeniable love for the golfing world and the community of Kentucky through his charity work and successful career as a golfer.

He has won many awards and honors throughout his playing career and is without a doubt an inspiration to his many fans and friends.

What do you think about Kenny Perry’s net worth? Leave a comment below.