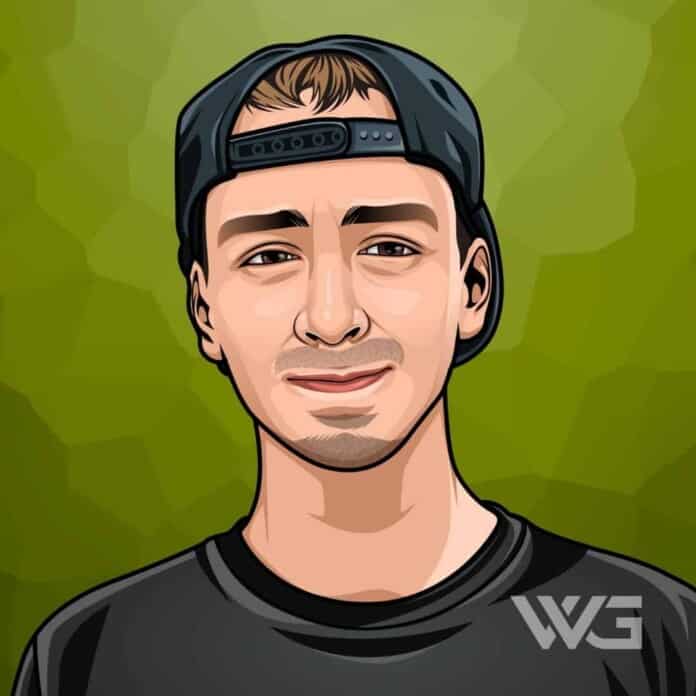 What is Cloakzy’s net worth?

Cloakzy is a famous YouTuber and Twitch streamer.

He started his early career by playing H1Z1 professionally. Lepore moved to the New Jersey area after he returned back to Texas in 2018.

He often hangouts with Alexia Raye, and they often collaborate together. During the PUBG genre, he was a member of KnightsGG. In 2018, he created a World Record for most eliminations in a single game of Fortnite. He started to gain more attention when he received the World Record.

Cloakzy grew up with a massive passion for gaming. He dreamt of making it into a career. As a result, he started to live stream on Twitch. He began to use his online moniker, Cloakzy. His other only aliases include FaZe Cloak and FaZe Cloakzy. he plays first-person shooter in popular games such as ‘Fortnite.’

Cloakzy is famous as a professional player of other video games, including ‘PUBG’ and ‘H1Z1’. He was a member of the “PlayerUnknown’s Battlegrounds team, KnightsGG.

He rose to fame when he released his stream on playing ‘Fortnite.’ His live streams and gaming skills impressed many people worldwide, and he came even more into the spotlight after he joined FaZe Clan, founded by Faze Banks.

Cloakzy regularly participates in streams at different times of the week. He streams trick shots, sniping challenges, and regular gameplay.

Cloakzy joined the ‘Fortnite’ tournament, which was one of his most famous events across the ‘Fortnite’ community. He teamed with FaZe Clan member Tfue. They earned many victories in the tournament.

His username on ‘Fortnite’ was FaZe Cloak. He later changed the name to “Cloakzy” but the name was already taken. Cloakzy told Epic Games to get the name but was asked to pay $20,000. He refused to pay, and changed his name to “Clkzy.”

Today, he focuses more on his Twitch streams on his channel, often teaming up with other streamers such as NickMercs, and TimtheTatman. His YouTube channel has over 1 million subscribers. He is also active on Instagram and Twitter.

Here are some of the best highlights of Cloakzy’s career:

“I want to apologize for everything negative I’ve said about FaZe Clan as we worked through my contract. I am grateful for everything they’ve done for me, and am happy we have come to an agreement to part ways. Wish nothing but the best for everyone over at FaZe.” – Cloakzy

“On swapping to youtube streaming full time. They’re gonna kill it. That being said, I will be doing a 48h stream in no correlation to them leaving make s. Makeo drop a twitch prime.” – Cloakzy

“If you told me a year ago I’d have 41000 people watching me play warzone, not even during the event I wo,ulda laughed in your face, appreciate all the love today, we go again tomorrow.” – Cloakzy

“The only good thing about this corona virus stuff going on is that everyone’s staying home playing video games and everyone playing online right now is TERRIBLE.” – Cloakzy

“I didn’t sign to another esports team, guys. I’m still stuck in my faze contract. So everyone guessing all these orgs have to wait a while before that kind of announcement sorry.” – Cloakzy

Now that you know all about Cloakzy’s net worth and how he achieved success; let’s take a look at some of the best lessons we can learn from him:

Don’t be scared to give up, be afraid for not growing. There are many streamers out there, and you obviously have to stay put and focused if you want to become one of the best.

Cloakzy is the perfect example of someone who has fought hard to be where he is today. It’s all about growth.

The past is the past. The more you want to hold on to it, the worst. You have to stay present to get the best results. That is how it works. Let go.

It’s all about focus and practice. Always focus on your goals. It can be hard to concentrate since there are many distractions in our lives. Take a deep breath and focus.

How much is Cloakzy worth?

Cloakzy’s net worth is estimated to be $2 Million.

Cloakzy is a famous Twitch streamer and professional gamer, and he has gained fame from live streams and gaming videos on his Twitch account. He likes to play ‘Fortnite,’ ‘Battle Royale’ and ‘H1Z1,’ and he is a member of “Faze Clan.”

What do you think about Cloakzy’s net worth? Leave a comment below.

What is Jay Leno's net worth? Introduction As of ,...