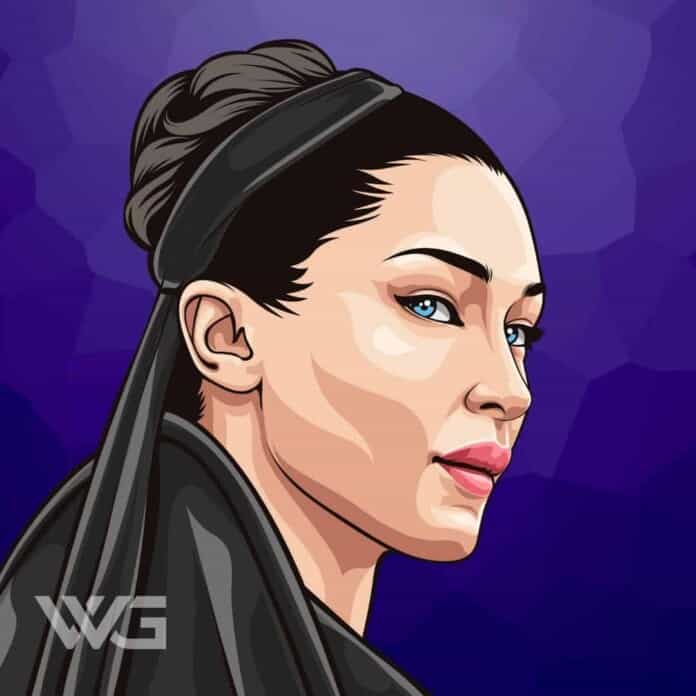 What is Bella Hadid’s net worth?

Hadid signed to IMG Model in 2014 and is considered to be the most popular model in the world. In December 2016, the Industry voted her “Model of the Year” for Model.com’s Model of the Year 2016 Awards.

Isabella Khair Hadid was born on the 9th of October, 1996, in Washington, D.C. and raised in Los Angeles. Hadid is the daughter of Mohamed and Yolanda Hadid. Her mother is Dutch, and her father is Palestinian.

Hadid has two siblings, an older sister named Gigi, who is also a model, and a younger brother, Anwar. She has two older half-sisters, Marielle and Alana, on her father’s side.

Hadid began her modeling career with a Flynn Skye commercial project at the age of 16. Soon after, she was featured in other projects including the ‘Swan Sittings’ by Lesa Amoore and ‘Smoking Hot’ by Holly Copeland.

She signed with IMG Models in August 2014 and made her New York Fashion Week debut the same year, walking for Desigual. She walked for Tom Ford in Los Angeles in the spring fashion weeks of 2015.

Here are some of the best highlights of Bella Hadid’s career:

“Humans are humans. If somebody’s means to you, it’s not gonna feel good – no matter if you’re a man or a woman. I’m really proud to be a woman. I love that women can be feminine but also powerful. You know, free the nipple!” – Bella Hadid

“I don’t walk down the street like, “I’m famous.” It’s still weird to me when people ask for pictures. My close friends from high school keep me grounded – they don’t care about what I do. I’m still the same person I was, and I try hard not to change.” – Bella Hadid

“I grew up in Malibu, so it’s nice to be back home and be with my parents and sit and drive my car and listen to music and just chill out for a little bit.” – Bella Hadid

“My fashion resolution for 2015 is to continue to be inspired by all of the great designers of the past and present while keeping true to my style and myself.” – Bella Hadid

“I said, ‘200 pairs of jeans,’ and then it just kind of went everywhere. I don’t really own 200 pairs of jeans – I own a million pairs of jeans. No, but I definitely have a very solid amount. I won’t say a number, but it’s aggressive.” – Bella Hadid

Now that you know all about Bella Hadid’s net worth, and how she achieved success; let’s take a look at some of the lessons we can learn from her about beauty:

More often than not, there’s a lot of all-nighters and early mornings in your 20’s–which means to say dark circles and tired-looking eyes become almost inevitable. All the more, sun exposure without sunscreen aggravates this condition.

The skin around and under the eyes is one of the thinner areas of the body that’s often overlooked in common skincare routine. And in doing so, the inevitable tired-looking eyes starts to destroy your glow even during your 20’s.

Oily skin, acne, sun exposure, and excessive sweating all cause the skin to have large pores. In your 20s this shouldn’t be, because it’s expected that your skin is still more elastic than, say, when in your 30s or 40s. However, this is the sad truth that many young adults have to bear with.

Skipping and skimping on sunscreen can really wreak havoc on your skin, even in your early 20s. Melasma or brown spots are a common problem caused by unprotected exposure to the sun. Unfortunately, women have to work doubly hard in keeping their skin protected as they are more prone to getting melasma than men.

How much is Bella Hadid worth?

Bella Hadid’s net worth is estimated to be $25 Million.

How old is Bella Hadid?

How tall is Bella Hadid?

Bella Hadid is considered one of the most stylish and talented young models in the contemporary fashion scene, she won the prestigious ‘Model of the Year’ title at Model.com’s Model of the Year Awards in 2016. Hadid began her modeling career at an early age with a Flynn Skye commercial project.

As of December 2022, Bella Hadid’s net worth is approximately $25 Million.

What do you think about Bella Hadid’s net worth? Leave a comment below and don’t forget to check out our article on the hottest women of 2022.