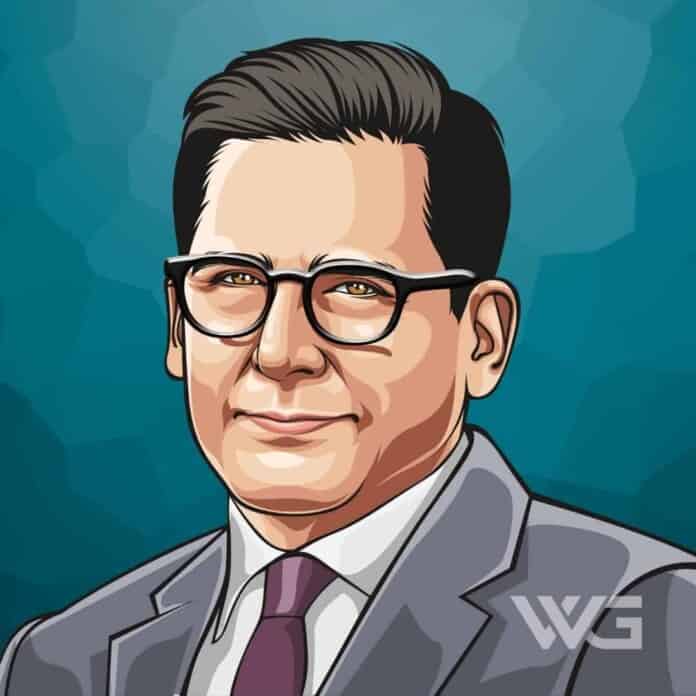 What is Steve Carell’s net worth?

As of November 2022, Steven Carell’s net worth is approximately $80 Million.

Carell is well known for his portrayal of gaffe-prone boss Michael Scott on the American version of ‘The Office’ (2005–2013), on which he also worked as an occasional producer, writer, and director.

Steven Carell was born on the 16th of August, 1962, in Concord, Massachusetts. Carell is the son of Edwin A. Carell and Harriet T.

He was raised Roman Catholic and attended Nashoba Brooks School, The Fenn School, and Middlesex School. He played ice hockey while in high school and played the fife with other family members.

Carell began his career in 1991 when he made his film debut in a minor role as Tesio in ‘Curly Sue’. ’The Dana Carvey Show’ is credited with building his career when he appeared in 1996, in a short sketch comedy program on ABC providing the voice of Gary of The Ambiguously Gay Duo.

Between 1997 and 2005, he played supporting characters in several series such as ‘Come to Papa’, ‘Tim Curry’, ‘Over the Top’, ‘Just Shoot Me!, and ‘Watching Ellie’ and tuned his acting skill.

‘Anchorman: The Legend of Ron Burgundy’, a 2004 comedy film, starred Will Ferrell while Carell played Brick Tamland, the weatherman for the news team who has a habit of providing unrequested or irrelevant information

He lent his voice to Gru, a super-villain who adopts three girls from an orphanage in the computer-animated 3D comedy 2010 film, ‘Despicable Me’, and finds it difficult to nurture them.

Carell has starred in many films including ‘Bruce Almighty, Anchorman: The Legend of Ron Burgundy’, ‘The 40-Year-Old Virgin’, ‘Little Miss Sunshine’, ‘Evan Almighty’, ‘Dinner for Schmucks’, ‘Crazy, Stupid’, ‘Anchorman 2: The Legend Continues’, ‘Foxcatcher’ and ‘The Big Short’, and more.

Here are some of the best highlights of Steve Carell’s career:

“I’ve waited my entire life to be busy. Whenever I hear actors complain about being busy, I think, ‘shut up.’ Because you do, you wait to be successful or to be able to work.” – Steve Carell

“Some people just derive great joy from making other people laugh. And I do, but I don’t feel like I need to do it 24 hours a day.” – Steve Carell

“A healthy body means a healthy mind. You get your heart rate up, and you get the blood flowing through your body to your brain. Look at Albert Einstein. He rode a bicycle. He was also an early student of Jazzercise. You never saw Einstein lift his shirt, but he had a six-pack under there.” – Steve Carell

“People just like to be on camera. There’s a huge desire to be in front of the camera, and once there, people will say and do almost anything. It’s sort of a drug, and I think people get addicted to it.” – Steve Carell

“The best food is in Chicago. There are great restaurants everywhere, from fancy places to burger joints.” – Steve Carell

Now that you know all about Steve Carell’s net worth, and how he achieved success; let’s take a look at some of the best lessons we can learn from him:

1. Never Be Afraid to Fail

“The best thing for me about studying and performing with Second City was having the freedom to fail night after night, to try things, experiment, and attempt the insane without ever being too precious about it. If it didn’t work, you could always try something different the next night. That’s very freeing,”

Carell told Biography. We have even more advice on how to deal with setbacks read about how these men conquered their biggest insecurities.

Steve Carell met his wife when he was teaching improv at Chicago’s famed Second City, where his now-wife, the actress and comedian Nancy (neé Wall), was one of his students.

Carell says he was nervous around her at first.

“I beat around the bush and said something stupid like, ‘Well, you know, if I were to ever ask someone out, it would be someone like you.’ It’s so stupid, but it was all self-protection. She was the same way: ‘If somebody like you were to ask me out, I would definitely go out with him. If there was a person like you,’” according to Bustle.

If you’re not sure what to say to the woman of your dreams, we’ve got you covered.

It may seem at times like life should just be a straight shot to the top of the career ladder. But that wasn’t the case for Steve Carell, who had plenty of false starts before he got his breakthrough on The Daily Show, as he recalled to Biography.

“I was on a failed TV series called ‘Over the Top,’ in which I played an outrageous Greek chef in a hotel… [One reviewer said,] ‘I have experienced pain and suffering in my life.

How much is Steve Carell worth?

Steve Carell’s net worth is estimated to be $80 Million.

How old is Steve Carell?

How tall is Steve Carell?

Steve Carell has established himself as one of the major comedic actors in Hollywood.

His debut film was ‘Curly Sue’ and then he managed to appear on TV and movies such as ‘The Dana Carvey Show’, ‘Over the Top’ and ‘Suits’ and became one of the correspondents in Comedy Central’s ‘The Daily Show’ by the turn of the 21st century.

What do you think about Steve Carell’s net worth? Leave a comment below.