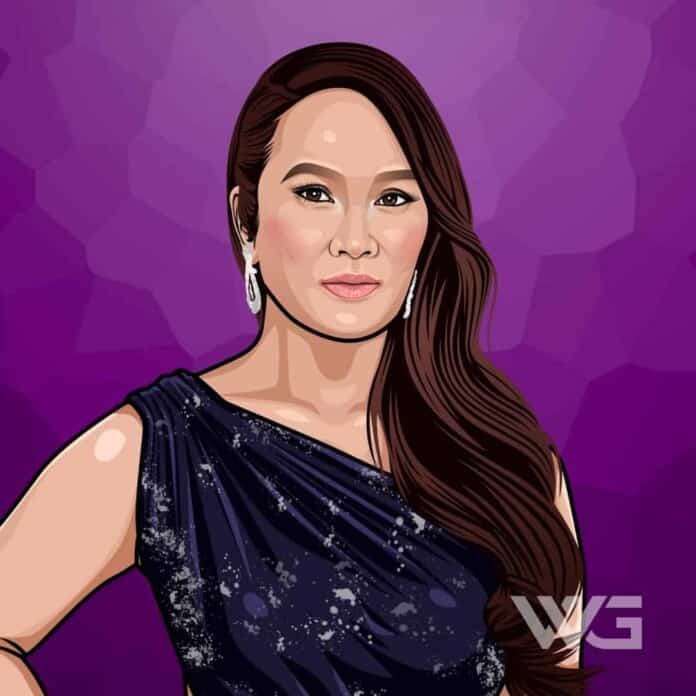 What is Sandra Lee’s net worth?

Sandra Lee is a famous television chef and author.

Lee is best known for her “Semi-Homemade cooking concept.

She uses 70% pre-packaged products and 30% fresh items. In 2012, she received the Daytime Emmy Award for Outstanding Lifestyle/Culinary Show Host. From 2011 to 2019, she served as New York’s de facto First Lady.

Sandra Lee Christiansen was born on the 3rd of July, 1966, in Santa Monica, California.

Lee is the daughter of Vicky Svitak and Wayne Waldroop. Her parents met in high school. When Lee was two years old, she lived with her paternal grandmother, Lorraine Waldroop.

In 1972, her parents divorced, and her mother moved with her friends to Sumner, Washington. Her mother had three additional children in the 70’s Kimber, Richie, and John Paul.

It was later sold via infomercials and cable shopping networks. The first year, she sold $20 Million worth of merchandise. In 1994, she dropped her first DIY home improvements video series.

Lee rose to fame when ‘Semi-Homemade Cooking with Sandra Lee’ aired on the Food Network in 2003. In each episode, she decorates the table setting and kitchen with the theme of the meal that she just prepared. The show ran for 15 seasons. Her second Food Network series, ‘Sandra’s Money Saving Meals’ started to air in 2009.

Lee was the only host on the Food Network with two cooking series. She has been described as “TV’s most successful female chef.”

In 2019, her shows aired in 63 countries. Throughout her career, she has written 27 books.

She started to create her ‘Top Shelf’ video series for Today.com in 2020. In late 2020, she hosted a series of holiday segments, ‘It’s a Wonderful Lifetime’ on Lifetime.’

How Does Sandra Lee Spend Her Money?

Lee is a proud owner of a beautiful home in Malibu. She purchased the house for $3.4 million.

Here are some of the best highlights of Sandra Lee’s career:

“I always buy the smaller turkeys. On the pre-baste, put pats of butter on the meat under the skin, put the skin back on, put a bunch of seasoning on the top, call it a day, put it in the oven. With a 10 – 12 pound turkey, you are done in a couple of hours.” – Sandra Lee

“When I’m really stressed out, I go to church. I light candles and sit and pray. And I’ll ask myself, What’s the lesson? Why am I going through this? There’s got to be a reason I’m here. What am I supposed to learn?” – Sandra Lee

“Christmas is more stressful with present buying and making sure everyone gets included, but Thanksgiving is really not that. I don’t ever really get stressed out about the food.” – Sandra Lee

“Baking is how you start kids at cooking in the kitchen. It’s fun whether it’s baking bread or cookies. With baking, you have to be exact when it comes to ingredients.” – Sandra Lee

“I’m the only girl on The Food Network who grills – I have two bestselling grilling books. I try to really focus on what men and women can do outside together out on the grill. I think it’s really fun to have men and women out there together, having fun, working and enjoying themselves.” – Sandra Lee

“At this point in my life, I am just about enjoying my free time and my downtime, and that’s what is about for us. My job is about making your job easier. I take a lot of pride in the quality of what I present, especially in ‘Money Saving Meals.” – Sandra Lee

Now that you know all about Sandra Lee’s net worth and how she achieved success; let’s take a look at some of the best lessons we can learn from her:

The women are at an advantage – we represent the buying power in this country.

Baking cookies is comforting, and cookies are the sweetest little bit of comfort food. They are very bite-sized and personal.

Baking is how you start kids cooking in the kitchen. It’s fun whether it’s baking bread or cookies. With baking, you have to be exact when it comes to ingredients.

How much is Sandra Lee worth?

Sandra Lee’s net worth is estimated to be $20 Million.

How old is Sandra Lee?

How tall is Sandra Lee?

Sandra Lee is a television personality and chef.

Lee is best known for her Semi-Homemade cooking segment. Lee has impressed the world with her cooking skills. She rose to fame after creating a product called “Sandra Lee Kraft Curtains.” She marketed it through infomercials on television.

What do you think about Sandra Lee’s net worth? Leave a comment below.